Philadelphia takes over first place in the NFC East

Dynamic DeSean Jackson danced his way into the record books, carrying the Philadelphia Eagles to the top of their division along the way.

Jackson scored on 72-yard punt return and a 60-yard pass from Donovan McNabb, sparking the Eagles to their most points this
season in a 45-38 shootout victory Sunday night over the Giants.

The second-year wide receiver missed last week with a concussion, but was in sensational form in boosting Philadelphia
(9-4) into the NFC East lead. 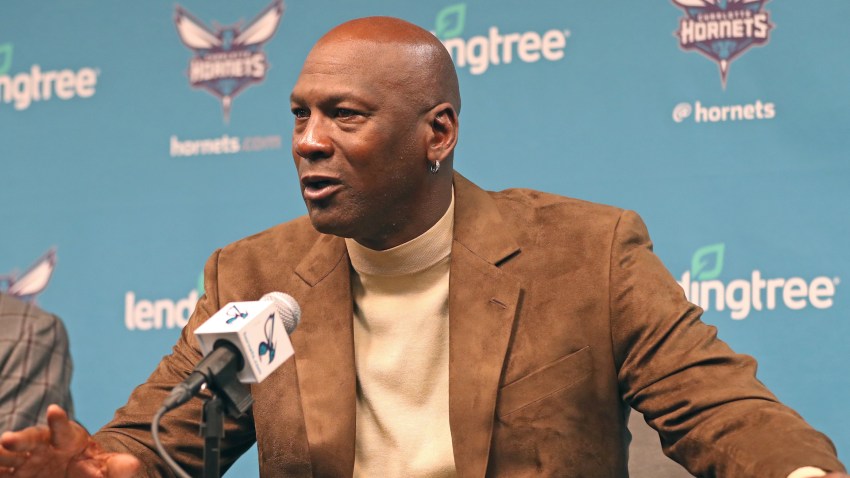 "That sounds good right now, but we have to take care of business,'' McNabb said.

Jackson has eight touchdowns of 50-plus yards this year, tying the NFL mark.

New York (7-6) also had its share of big plays, including TD passes of 68 and 61 yards by Eli Manning in a game marked by shoddy
tackling on both sides. But the Eagles, whose previous high in 2009 was 40 points in a Nov. 1 rout of New York, prevailed despite being outgained 512-374.

With Dallas (8-5) losing to San Diego, Philly is looking back at the rest of the division. Just as Jackson did to the Giants when he
caught a long pass and boogied backward into the end zone late in the third period for a 37-31 lead.

A 91-yard drive capped by Leonard Weaver's 1-yard run - yes, the Eagles can score short ones, too - clinched Philly's fourth
straight victory over New York, including a divisional round playoff game in January.

"They battle,'' coach Andy Reid said of his team. "It's a tribute to the players.''

The Giants made it tight when Kevin Boss caught a 4-yard TD pass with 1:31 to go. But they couldn't stage a final comeback and Reid won his first game after receiving a contract extension through 2013.

The Giants were primed to take the lead midway in the third quarter when McNabb's pass was intercepted by Jonathan Goff. From
the Philadelphia 29, Manning scrambled left for a first down, slid headfirst and lost the ball, recovered by Sean Jones. New York
challenged that Brodrick Buntley caused Manning to stumble when he tugged his jersey before the quarterback took two more strides before going down, but the call was confirmed by video review.

They did go in front 31-30, though, when Domenik Hixon, who returned a punt 79 yards in last week's win over Dallas, broke two
tackles for a 61-yard catch-and-run score. McNabb and Jackson simply shrugged and, one play later, combined for the 60-yard TD.

Michael Vick got into the act, too, hitting Jackson down the middle for 32 yards to set up McNabb's 8-yard TD pass to Brent
Celek that opened the scoring.

Four plays later, it was 14-0 as Trent Cole stripped the ball from behind Brandon Jacobs and it bounced fortuitously to Sheldon
Brown, who scooted 60 yards without a Giant in sight.

Then, safety Quintin Mikell almost single-handedly gave New York a touchdown. Twice he was called for illegal contact on Hakeem
Nicks, including one ball the rookie dropped while open behind everyone. Then, he and Asante Samuel missed tackles on a short pass that Nicks turned into a 68-yard score, sprinting the final 57 yards after the defensive backs couldn't wrap up Nicks.

Vick made a key 5-yard run on third down on Philadelphia's next scoring drive, and he should have had a TD pass. But Reggie Brown dropped the ball in the end zone, and David Akers kicked a 20-yard field goal for a 17-10 lead.

Then came Jackson's scintillating dash on the punt runback, setting a franchise record with his third such return for a TD.

But the teams were only getting started scoring. Ahmad Bradshaw's 3-yard run lifted the Giants within 24-17, then New York
was victimized by Jackson again. He got free for a 44-yard reception on third-and-20. Celek's 23-yard reception - New York
struggles covering tight ends, too - set up Vick's 1-yard sweep into the end zone for a 30-17 halftime edge.

Jacobs' 1-yard run got the Giants closer, and Hixon's romp gave them the short-lived lead.

NOTES: Akers has missed two extra points this season, both against New York. ... The 512 yards New York gained were 91 more
than the previous high the Eagles allowed, to the Saints. ... Philadelphia recovered Hixon's fumbled kickoff return, but time ran
out to end the first half.