Carli Lloyd of Delran, New Jersey, is now going to her 4th Olympics in a quest to get a 3rd gold medal. NBC10's Rosemary Connors talks with her about her training and mentality heading to Tokyo.

When the United States women's national soccer squad plays at the postponed 2020 Tokyo Olympics, the team will include a familiar set of names.

The 18-player roster was announced on Wednesday, and includes 17 athletes who were part of the 2019 squad that won the FIFA Women's World Cup. When Team USA competes in Tokyo, they will hope to become the first team in history to earn an Olympic gold medal right after winning the World Cup. 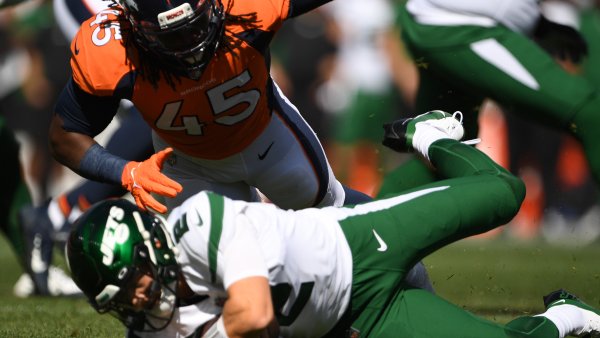 Carli Lloyd and Tobin Heath will make their fourth appearance at the Olympics, tying Christie Pearce Rampone for the most in USWNT history. Lloyd, set to turn 39 years old right before the Tokyo Games, will also make history as the United States' oldest women's soccer Olympian ever.

“It’s been a long process to get to this point, longer than anyone thought it would be, but we collected a lot of information on the players over the past year and half in trainings, in their club matches and in international games and we’re confident that we’ve selected the team with the best chance for success in Japan,” head coach Vlatko Andonovski said.

Carli Lloyd's reputation in the soccer world is unmatched. The New Jersey native will soon know if she will be on another Olympic team. In NBC10's latest Drive for Gold, Amy Fadool highlights Lloyd's journey toward her goal of making one more Team USA Olympic team.

Though Ertz and Heath are dealing with injuries, the pair should be ready for action at the Olympics. However, if the team needs to make any roster changes because of injuries, four players -- forward Lynn Williams, midfielder Catarina Macario, defender Casey Krueger and goalkeeper Jane Campbell -- will join the squad in Tokyo as alternates.

Here is a look at Team USA, broken down by position:

The United States women's national soccer team will play two matches against Mexico on July 1 and 5 in East Hartford, Conn. before heading to Japan.