Doping at the Olympics: The Most Infamous Cases

Russian star Kamila Valieva is at the center of the biggest doping story of the Beijing Games. Here are some others

The first big doping case at the Beijing Olympics involves one of its biggest stars.

The country at the center of it? Russia. Again.

Russian athletes are competing as ROC, short for Russian Olympic Committee, at the Beijing Olympics because the country was banned for operating a state-sponsored doping scheme at the 2014 Sochi Games.

Valieva helped propel the ROC to win gold in the figure skating team competition. The medal ceremony has been delayed over the result of her drug test.

If Valieva ends up being punished, she'd be one of the most famous Olympic athletes ensnared in a doping scandal. Here are some others:

The most famous case of trimetazidine in sports doping involved Chinese swimmer Sun Yang. Sun served a three-month ban in 2014 after testing positive for the stimulant. The ruling was not made public by China’s anti-doping agency until after the ban ended, a controversial decision.

Then in 2018, the three-time Olympic champion refused to let anti-doping officials leave his home with a sample of his blood, reportedly ordering someone from his entourage to smash the casing of a blood vial with a hammer so that it would not be valid for testing. He was banned from competing at the Tokyo Olympics, ending his hopes of defending his Olympic title in the 200-meter freestyle.

The Russian bobsledder was disqualified from the 2018 Pyeongchang Olympics after testing positive for the banned substance trimetazidine.

At the time, the head of Russia’s Federal Medical-Biological Agency, said his agency tried to bar Sergeeva from competing because of a heart condition, but Sports Ministry officials let her travel. Vladimir Uiba said “organizational fecklessness” led to Sergeeva’s mother, a doctor, giving her unapproved medicine containing trimetazidine.

She served an eight-month ban.

Probably the most infamous drug scandal in Olympic history involved Canadian sprinter Ben Johnson, marring one of the signature events of the Summer Games — the 100-meter dash. Johnson appeared to have won the race at the Seoul Games in world record time, but he tested positive for an anabolic steroid and had his gold medal taken away. It went to American rival Carl Lewis instead.

Juan Antonio Samaranch, the president of the International Olympic Committee at the time, said that penalties against Johnson and others were an indication that “we have won the battle against doping.”

One of the biggest American stars of the Sydney Games, Marion Jones won three gold medals and two bronzes. In 2007, she admitted lying to federal agents about her use of performance-enhancing drugs. She spent six months in jail and the IOC stripped her of all five medals.

A triple gold medalist at the Salt Lake City Games, Spanish cross-country skier Johann Muehlegg lost all three of them after testing positive for darbepoetin, which enhances endurance by stimulating the production of oxygen-carrying red blood cells.

Lance Armstrong's bronze medal at the Sydney Games wasn't a huge part of his legacy, given all his Tour de France victories, but returning that medal was part of the fallout from his performance-enhancing drug use. The IOC vacated the medal he won in the road time trial. 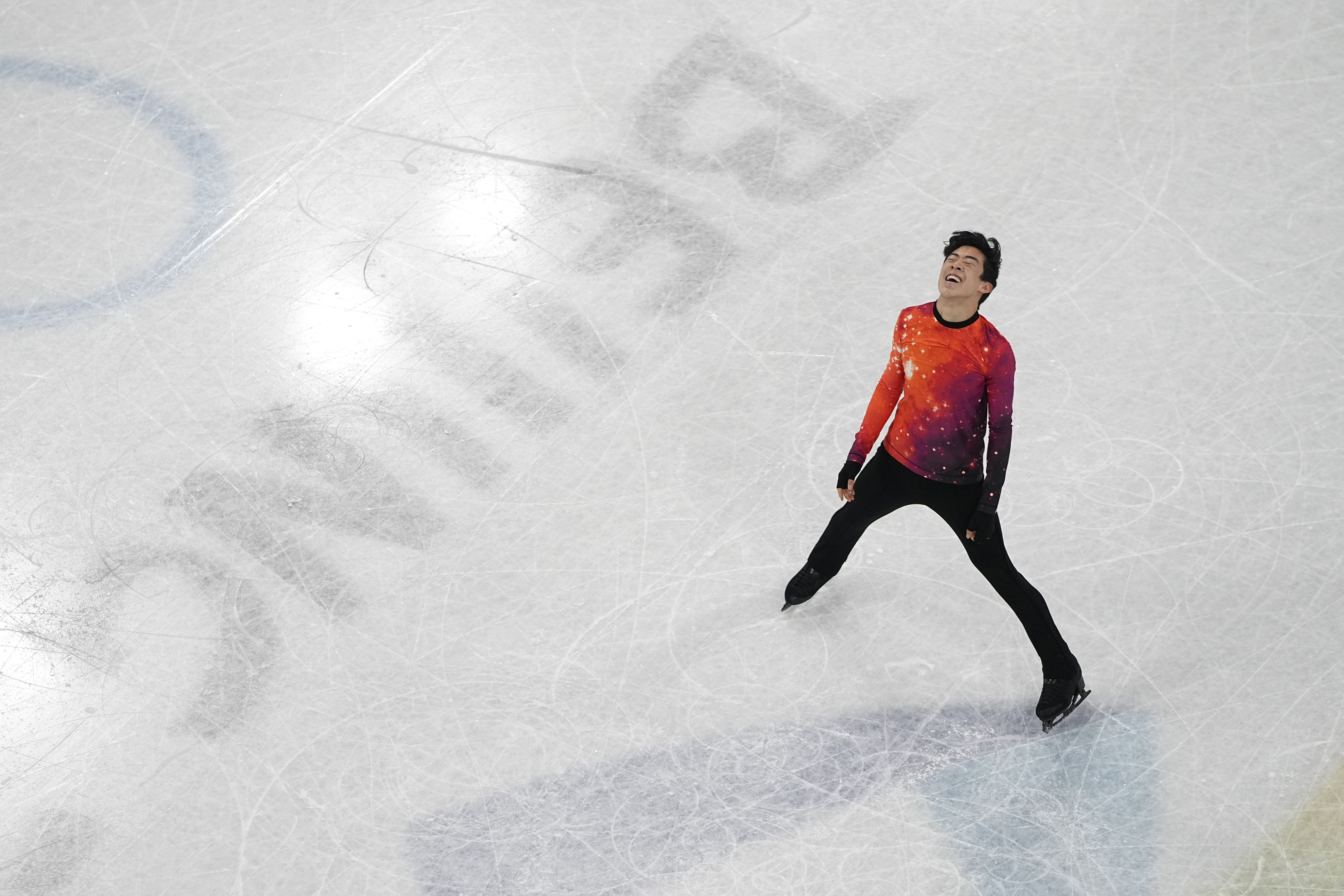 Also in Sydney, Andreea Raducan was the women's all-around gymnastics champion when the Romanian star tested positive for pseudoephedrine, which was contained in a cold remedy she got from the team doctor.

“I feel a great deal of sympathy for her because she has to suffer from a mistake by her team doctor,” IOC President Thomas Bach said more than a decade later. "Even more so because this happened at the age of 16, when as an athlete you have absolute confidence in your medical team.”

Backstrom, who did receive his silver medal, eventually reached a settlement, dropping his appeal against the IOC ruling that he committed a doping violation. He received a reprimand and was cleared of any intention to cheat. He said the stimulant was contained in a sinus medication he had been taking for allergies.

When snowboarding debuted at the Olympics in Nagano, Ross Rebagliati had a win in the giant slalom taken away because he tested positive — for marijuana. The victory was reinstated because the sport’s governing body did not have a rule banning the substance.

Johaug missed the Pyeongchang Games four years ago after testing positive for a banned substance and receiving an 18-month suspension. She blamed a team doctor who mistakenly gave her lip balm that contained the substance.

Johaug is back at this year's Olympics, and the Norwegian has already won two gold medals in cross-country skiing.

Doping control began at the Mexico City Olympics, and Liljenwall's problem sounds quaint compared to modern violations. The modern pentathlete from Sweden lost a bronze medal for alcohol after drinking beer to calm his nerves before the shooting competition.