Some people say they feel abandoned as Democrats struggle to handle the GOP's attacks on LGBTQ people, specifically transgender people

"The T stands for transgender,” a teacher explains in a video on a Maine Department of Education website launched during the coronavirus pandemic.

“A transgender person is someone who the doctors made a mistake about when they were born,” the teacher says in the lesson plan targeted at kindergartners. “But some people, when they get a little bit older, realize what the doctors said was not right.”

Republicans later produced an ad accusing Democratic Gov. Janet Mills, who is running for reelection against GOP former Gov. Paul LePage, of using state money to create “radical school lessons.” Within hours, the lesson disappeared from the website, and Mills’ spokesperson said the governor was on board with its removal.

While most Democrats support the rights, safety and visibility of LGBTQ adults and children, they're struggling to counter a barrage of GOP attacks on LGBTQ people, particularly transgender people. With measured responses and occasional capitulation, Democrats like Mills are aiming to avoid getting sucked further into culture wars that serve mostly to galvanize the Republican base.

“Our lives and our existence are being used as political fodder to ramp up the GOP base, and they’re not coming to our defense,” said Deja Alvarez, a transgender woman who finished third in the Democratic primary in a heavily LGBTQ state legislative district in Philadelphia. “They’re not rallying the troops and saying, ‘Hey, we can’t stand for this.’”

As Pride month began this week, President Joe Biden tweeted his support for LGBTQ rights. He recently named Karine Jean-Pierre as the first openly gay White House press secretary and was critical of Florida Republican Gov. Ron DeSantis this year after he signed legislation to ban the discussion of sexual orientation and gender identity in kindergarten through third grade.

Even after she distanced herself from the Department of Education video, Mills released a statement this week ticking through LGBTQ-friendly legislation she has signed. She insisted that if she is reelected, Maine "will remain a safe and welcoming place to live for LGBTQ people.”

And in Wisconsin, Democratic Gov. Tony Evers warned that if he loses in November, Republicans will take steps to ban books, especially those with LGBTQ themes.

Evers' approach is one activists say more Democrats should embrace this election year. They want to see candidates go beyond prepared statements celebrating Pride month and instead place LGBTQ issues more at the center of the campaign while warning of the specific consequences of Republican victories.

Pride Month kicks off in New York City as the Pride flag was raised over the historic Stonewall National Monument.

“These are the kinds of actions we need people to take," Alvarez said, “but not just because it's Pride month.”

The problem may be that even allies are not prepared to speak on the issues, which allowed the framing of LGBTQ people as a threat to catch on, said Fran Hutchins, executive director of the advocacy group Equality Federation.

In this election cycle, Republicans have zeroed in on the discussions banned by the Florida bill dubbed by opponents as “Don't Say Gay”; the participation of transgender students in competitive sports, even though such conflicts are rare; and gender-affirming care for children.

“The root of why this is happening is a real lack of familiarity with and lack of understanding for trans folks and what it’s like to be transgender,” Hutchins said.

One notable exception has been Mallory McMorrow, a Democratic state senator from Michigan who gave an impassioned speech in response to an invocation from a Republican lawmaker who claimed McMorrow, who is running for reelection, wanted to “groom” and “sexualize” kindergarteners.

The video of McMorrow’s reaction speech and a related Twitter thread were widely celebrated, but there remains a sense — even by McMorrow — that she fell on a sword other Democrats are dodging.

“There is a difference between politics and outright hate,” she said in April, pondering the reaction to her speech. “I think people are frustrated that elected officials haven’t done enough to call that out, that maybe Democrats are afraid of talking about religion and faith openly and honestly and calling hate what it is."

Labeling education about sexual orientation and gender identity as “grooming” connotes the methods sex offenders use to molest children, and is part of a push by conservatives to speak to parents' fears by equating such education with pornography and pedophilia.

The teacher in the Maine video, Kailina Mills — no relation to the governor — said in a Facebook post that she has taught transgender and nonbinary preschoolers and that they deserve to be represented in the curriculum, the Portland Press Herald reported.

“Public schools are for everyone and should, therefore, include everyone,” the teacher said.

When the narrative that such issues are inappropriate or dangerous becomes embedded in the minds of voters, pushing back can indeed be politically problematic. But activists said there are larger issues to consider. 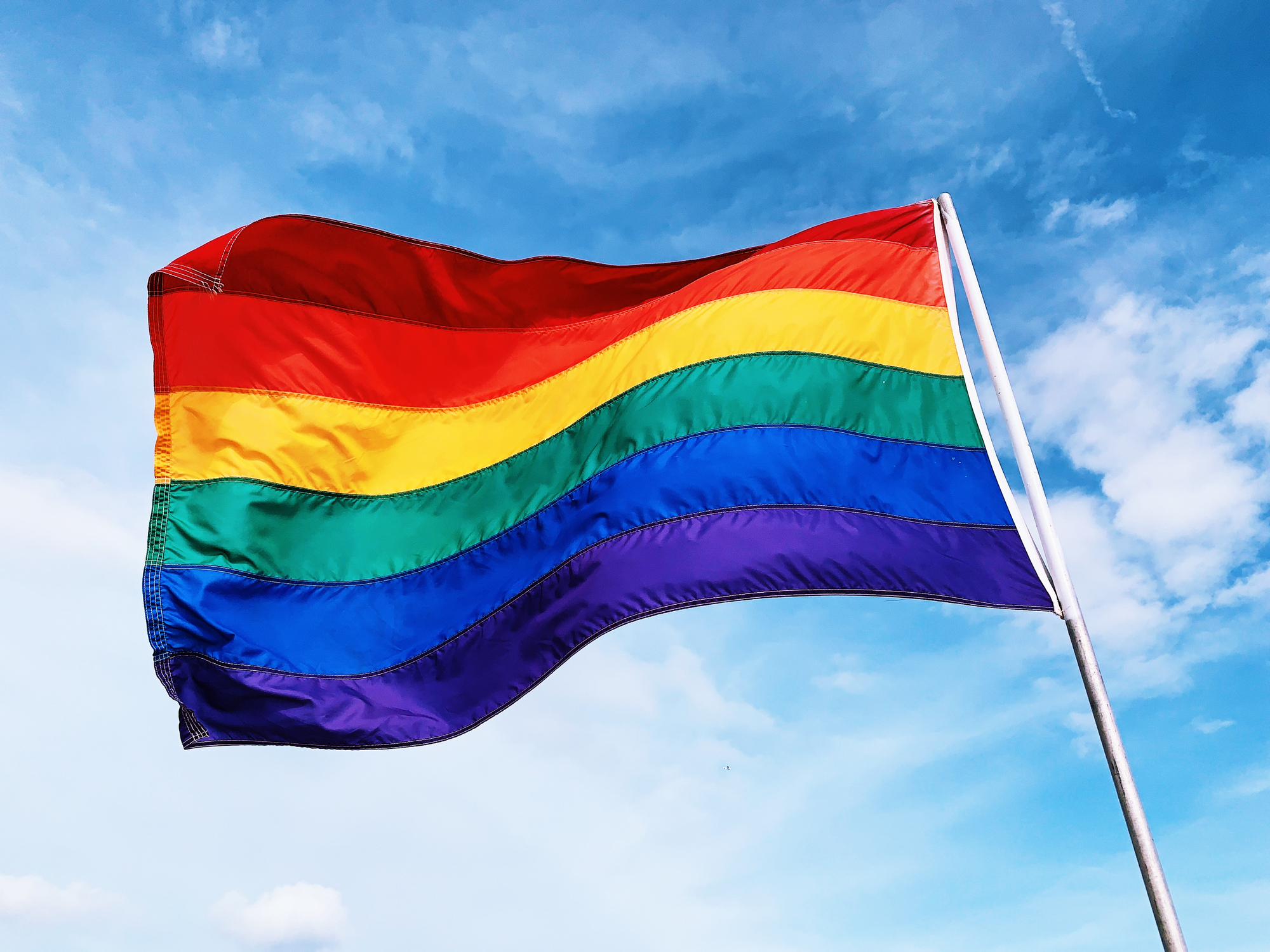 Your Pride Flag Guide: All the Different LGBTQ Flags and Their Meanings 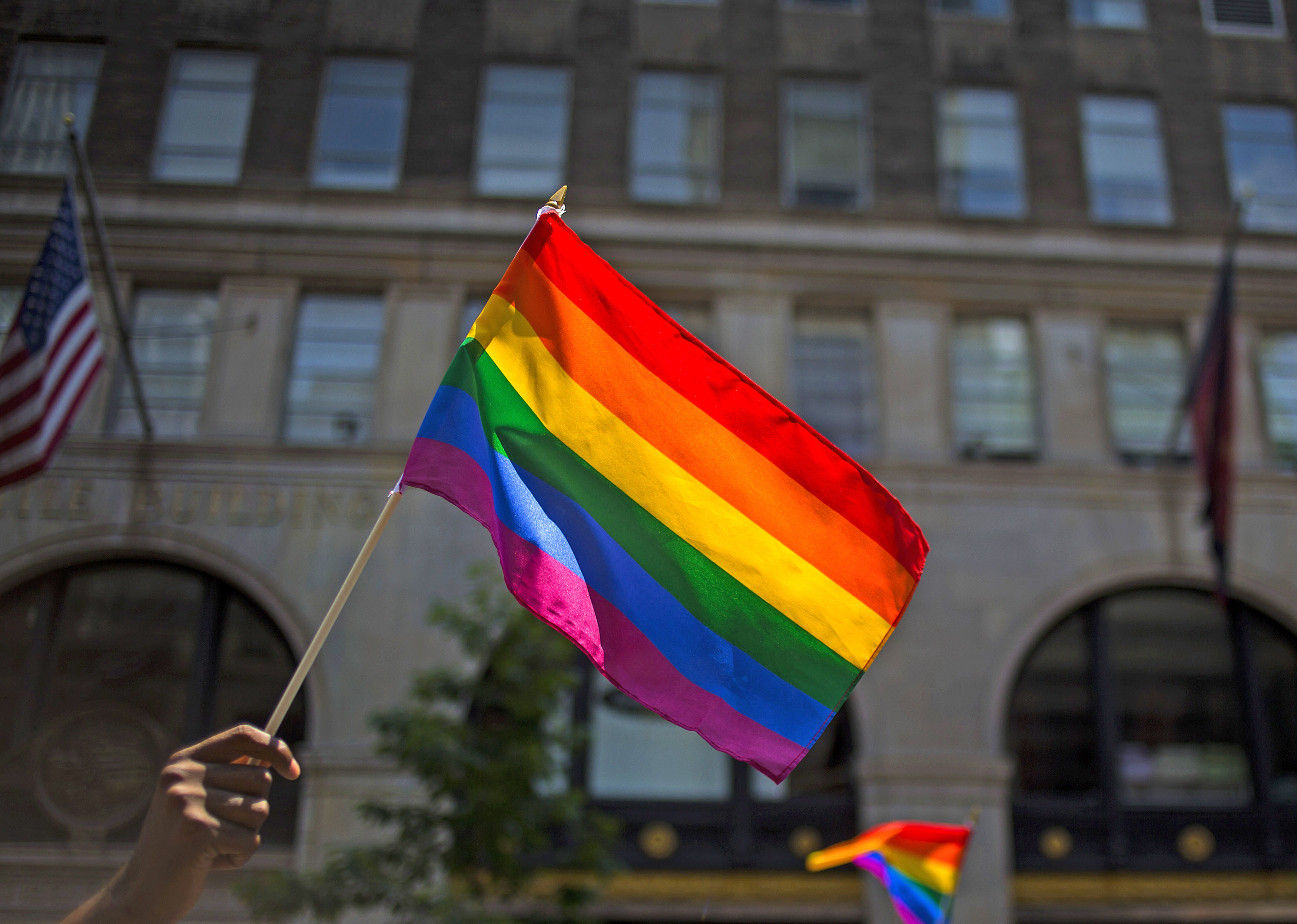 “It goes well for candidates when they stand up and say what their real values are and say what they believe about what’s really going on with legislation,” said Liz Seaton, policy director for the National LGBTQ Task Force Action Fund. “When they speak the truth from values, they will be speaking from their heart, and their constituents will respond.”

Annise Parker, a former Houston mayor who is now CEO of LGBTQ Victory Fund and Institute, a nonpartisan organization that works on behalf of LGBTQ candidates, agreed that LGBTQ allies running for office have a responsibility to “stand up and speak out when any of those marginalized communities are attacked.”

Political observers and activists noted parallels in today’s rhetoric with that around same-sex marriage in the 1990s and 2000s.

It was only 10 years ago that former President Barack Obama — on the heels of Biden, his vice president — endorsed same-sex marriage. That was 16 years after another Democratic president, Bill Clinton, signed the law that blocked it.

Both presidents were running for reelection and may have been hostages to public opinion, which by Obama’s time had swung the other way. Same-sex marriage soon became legal throughout the United States, and the public now sees the sky didn’t fall as predicted, advocates said.

But now “conservative forces are using the tactics of ‘othering’ us very effectively again ... and they are making trans activists look radical when all they’re looking for is the right to exist,” said Jonathan Lovitz, a gay man who ran against Alvarez and other candidates in last month’s Democratic primary in Philadelphia and placed second.

A poll released in April by the University of Chicago Harris School of Public Policy and The Associated Press-NORC Center for Public Affairs Research found that overall, Americans lean slightly toward expanding discussions of sexuality in K-12 classrooms. And some observers say it’s only a matter of time before today’s anti-LGBTQ rhetoric stops working in Republicans’ favor.

“Be a vocal and visible ally even if it costs you endorsements and donations. Stand up for what you believe in; otherwise you’re not an elected official, you’re just a weather vane,” he said. “We don’t need fair-weather friends right now.”