The law allows more than 800,000 noncitizens and “Dreamers” in New York City to vote in municipal elections as early as next year. They still cannot vote for president or members of Congress in federal races, or in the state elections that pick the governor, judges and legislators. 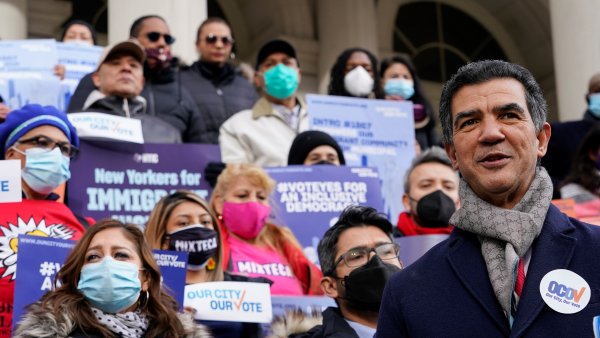 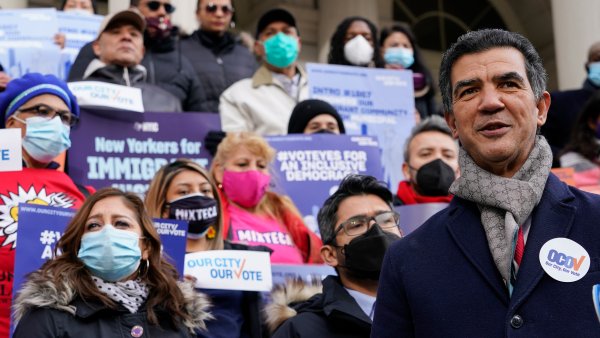 “The law is clear and the ethics are even clearer: We shouldn’t be allowing citizens of other nations to vote in our elections, full stop," Langworthy said in a statement.

Republicans said the law violates the state constitution, which says “every citizen shall be entitled to vote at every election” provided a citizen is at least 18 years old and a “resident of this state” and the locality for 30 days before an election.

The GOP also argues it violates state election law, which says “no person shall be qualified to register for and vote at any election unless he is a citizen of the United States.”

City officials plan to “vigorously defend the law in court,” according to José Bayona, spokesperson for City Hall.

City Council passed the bill that will allow nearly 1 million noncitizens in the city the right to vote starting in 2023. NBC New York's Rana Novini reports.

Supporters of the law say it gives an electoral voice to many New Yorkers who have made the city their permanent home and pay taxes there, but can’t easily become U.S. citizens or would rather remain citizens of their home nations for various reasons. Supporters also say it could empower these city residents to become a political force that can’t be easily ignored.

New York City's measure would allow noncitizens who have been lawful permanent residents of the city for at least 30 days, as well as those authorized to work in the U.S., including “Dreamers,” to vote in elections for the city’s mayor, city council members, borough presidents, comptroller and public advocate.