Network officials expect the NFL to begin discussions to renegotiate its contracts with Fox, CBS, NBC and ESPN early next year

NFL viewership ratings are on the rise for the second straight year, giving league officials an edge in pushing to raise broadcast fees and lock in multiyear media deals long before they are set to expire at the end of 2022.

Viewership plummeted during the 2016 and 2017 seasons after former San Francisco 49ers quarterback Colin Kaepernick quietly divided football fans by taking a knee during the national anthem to protest police brutality against people of color. President Donald Trump also called for fans to boycott NFL games in 2017. 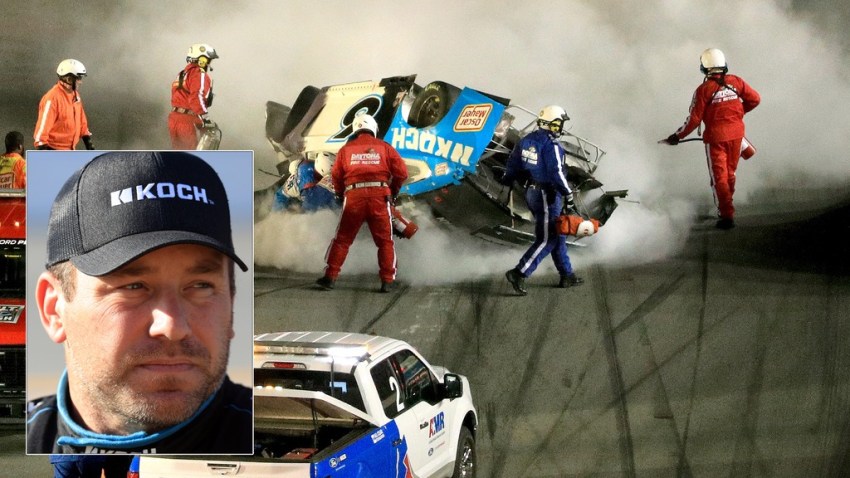 But NFL ratings have rebounded since then, rising 4% so far this season with an average of 16.5 million viewers through week 16 compared with the same time last year, according to preliminary data obtained by CNBC. The NFL’s ratings also jumped last year, rising 5% from 2017 with an average of 15.8 million viewers. The higher ratings also may give the league the leverage it needs to raise the more than $5 billion in annual fees it charges for the broadcasting rights to its games, league and network officials say. They asked not to be named because the discussions are private.

The NFL should “push the agenda” to hammer out a new media rights agreement in 2020 while ratings are up, said Patrick Rishe, the director of the sports business program at Washington University in St. Louis.

“My concern for the NFL is what if all of a sudden after two years of the ratings rebounding, in 2020-21, the ratings go back down,” Rishe said. “I think they’re going to be highly motivated to push it, and it’s just a question if the networks will act.”

Network officials expect the NFL to begin discussions to renegotiate its contracts with Fox, CBS, NBC and ESPN early next year, with a framework for new agreements in place by 2021, league and network officials said. The three major TV networks currently have nine-year deals to air the NFL’s Sunday games that expire at the end of 2022, a person familiar with the deals said. The NFL gets $1 billion a year from CBS, $1.1 billion from Fox and $950 million from NBC for the rights to air the Sunday games.

ESPN has a separate contract that gives it the exclusive rights to air the NFL’s Monday night games that expires at the end of 2021. The value of that deal is more than $1 billion per year.

The league also gets $1.5 billion from AT&T’s DirecTV to distribute its Sunday Ticket package, bringing the value of the NFL’s broadcast rights to more than $5 billion a year. That’s up from the roughly $3 billion the league received in annual fees in its last multiyear broadcast rights deal in 2006 and more than $2 billion per season in prior agreements, which started in 1998.

No other professional sports league generates the kind of cash off its broadcasting rights as the NFL.

The PGA Tour reportedly won a 50% increase for its broadcasting rights worth roughly $700 million per season, split between CBS, NBC and The Golf Channel.

“They need to thank their lucky stars that Tiger [Woods] found his game because I don’t know if they see that big of an increase if Tiger hadn’t come back,” Rishe said.

The National Basketball Association makes roughly $2.6 billion annually off its broadcasting rights from ESPN and Turner Sports, while Major League Baseball gets about $1.5 billion under its current deals with ESPN, Turner and Fox. Fox extended the partnership through 2028 with the MLB in a deal valued at $5.1 billion.

Neal Pilson, a former longtime president of CBS Sports who now runs his own media and market consulting firm, estimated that the NFL could get a minimum of 25% to 30% more in broadcast fees under its new contracts, while one network official said a 50% increase could happen, too.

The NFL could get from $8 billion to as much as $10 billion a year from its next round of media deals, the network official said.

Much will depend on how long the NFL wants its next contracts to be, though networks would prefer longer deals. The league could decide to strike a shorter contract to leave room for a streaming company to make a play in the future, the official said.

Streaming as a threat

The rise of digital streaming gives the NFL another way to reach fans, but it also poses a possible threat to television networks.

The league continues to place a high value on “reach” in this new age of streaming, but TV networks are still the most potent way to reach fans, Brian Rolapp, the NFL’s chief media and business officer, previously told CNBC.

“Television is always going to be a really important part of the distribution strategy,” Rolapp said in a 2018 interview.

Though streaming continues to make an impact on sports rights, Rolapp added the league isn’t convinced digital companies are ready to support a full-rights package that would give them exclusive rights to distribute a particular package of games.

Instead, league officials told CNBC the NFL would continue to use its prime-time games such as Thursday Night Football to broadcast on TV while allowing companies such as Amazon to stream the games and continue developing its audience online.

Amazon paid the league $130 million to stream games over the last two seasons, but its deal expires after this season. The NFL would like to sign another two-year deal with a streaming company, aligning the expiration to Fox’s five-year agreement to telecast the games which runs through 2022, league officials said.

ABC, the only major network without NFL football, is also reportedly looking at bringing back the NFL after a more than 15-year absence.

CBS learned a valuable lesson when it dropped its NFL package in 1993, Pilson said. Fox outbid CBS for the rights to air the league’s National Football Conference, leaving CBS in a rut.

“Losing the NFL impacted the entire business of the company,” Pilson said. “We lost affiliates; stations left CBS. We lost our male audience, and we weren’t able to develop prime-time shows that attracted many because they weren’t watching our NFL any longer.”

“We lost our ratings,” he continued. “We lost our revenues, and it was more costly to the network to lose the rights than it would have been to keep the rights and maybe incur a small profit loss on the NFL. It was worse without the NFL.”

CBS returned to the NFL in 1998 after paying roughly $500 million per season to take over the American Football Conference games from NBC, spending more than double what it paid in their previous partnership before losing the league.

“We lost a lot more money by giving up the rights,” Pilson said.

NBC also learned its lesson in 1998 when it lost its package before returning in 2006 for the rights to Sunday Night Football, which is currently valued at roughly $950 million per season.

“When a network drops out of the NFL, it kind of changes one’s perspective of that network, psychologically,” Rishe said. “And that little psychological effect has real effects in terms of impact on affiliates and ratings at the network as a whole. So, it wouldn’t be a surprise to see [ABC] get back in.”

If ABC is interested in a return, Pilson said, the NFL could welcome the network back and secure its product’s presence on all four major networks. It will also give the league the chance to diversify the Super Bowl rotation.

“The NFL wants to have multiple networks carrying its various packages,” Pilson said. “They maximize their revenues that way.”

Rishe said ABC’s new play should be the Thursday Night Football package as it would be “more cost-effective.” Fox pays roughly $660 million per season to broadcast Thursday’s games.

Disney, which owns ABC and ESPN, “has already established ESPN as the new Monday Night carrier, so maybe you balance your resources by continuing to be the home of Monday Night Football but then have ABC cover the Thursday night game,” Rishe said.

This story first appeared on CNBC.com

Why retiring at 65 could be a thing of the past

How to save money and get your tech in order