Renald Lubérice, who served more than four years as secretary general of Haiti’s Council of Ministers, said he could not remain under the direction of someone who is under suspicion

Henry's dismissal of Justice Minister Rockfeller Vincent came a day after he fired Port-au-Prince's chief prosecutor, who had linked the prime minister to a key suspect in the killing of President Jovenel Moïse.

Meanwhile, Renald Lubérice, who served more than four years as secretary general of Haiti’s Council of Ministers, said he could not remain under the direction of someone who is under suspicion and who “does not intend to cooperate with justice, seeking, on the contrary, by all means, to obstruct it.”

Lubérice also said he is concerned about the alleged evidence against Henry in the killing.

“May each minister put himself at the height of his mission at this historic crossroads,” he said. 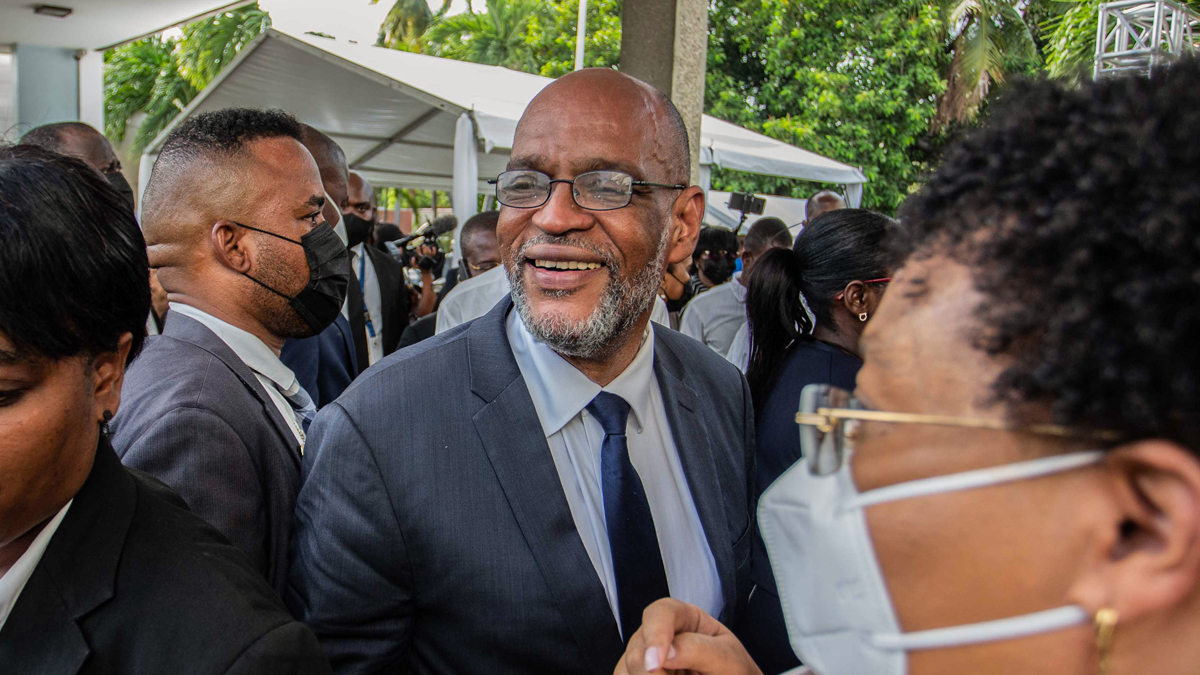 A spokesman for Henry declined to comment. Vincent tweeted that the confidence Moïse showed him allowed him to serve with "dignity, competence, loyalty and a sense of public service."

Vincent added that Haiti is obligated to bring those responsible to justice: “It is a matter of national dignity. I am counting on the independence of the justice of my country to shed light on this emblematic case and all the other pending cases.”

Henry appointed Liszt Quitel as justice minister and Josué Pierre Louis as the council's secretary general. Quitel had been serving as interior minister under Henry and was once an adviser to then Haitian President René Préval.

The appointments come less than a week after then Port-au-Prince chief prosecutor Bed-Ford Claude asked Henry to meet with him Tuesday to explain why he had two phone conversations with a key suspect just hours after the July 7 killing of Moïse at his home. The suspect, Joseph Badio, was fired from the government's anti-corruption unit in May and remains a fugitive, according to police, who seek him on charges including murder.

On Tuesday, Claude ordered the judge overseeing the case to charge and investigate the prime minister based on that evidence. Hours later, a new chief prosecutor replaced Claude on orders of Henry, who accused Claude of an undefined, “serious administrative fault.”

The day before Claude was fired, Vincent ordered that the chief of Haiti's National Police increase security for the prosecutor, saying he had received “important and disturbing threats” in recent days.

The developments underline that Moïse’s Tèt Kale party is fracturing, said Robert Fatton, a Haitian politics expert at the University of Virginia.

Some politicians are aligning themselves with Henry and others are breaking away, threatening to further destabilize the country as it tries to recover from the turmoil of the assassination and a recent earthquake that killed more than 2,200 people as it prepares for upcoming presidential and legislative elections.

"In the past, the world came together but the aid did not get to the most vulnerable. And I hope this time will be different," says Laurent Lamothe, who served as Prime Minister of Haiti from 2012-2014. Though he's out of politics now, Lamothe is calling for world leaders to come together and help Haiti rebuild homes after an earthquake ruined homes and a tropical storm caused floods across the country 1 month after its president was assassinated.

Among those breaking away is Senate President Joseph Lambert, a one-time Moïse ally who recently proclaimed himself as provisional president in a move that has only received support from several politicians and has not been recognized by Henry's administration or anyone in the international community.

“I don’t know how long the power struggle can continue,” Fatton said. “All of it is bewildering. We’ll have to wait to see if the situation settles and if Ariel Henry wins that battle.”

Henry, who Moïse named as prime minister shortly before he was killed, has not spoken publicly on the issue this week, saying only over the weekend that he is focused on stabilizing Haiti and would not be distracted by summons, maneuvers or threats.

Haiti's ombudsman-like Office of Citizen Protection recently called on Henry to resign and asked the international community to stop supporting him.

On Wednesday evening, a key group of diplomats issued a statement saying it encouraged efforts by Henry and other political leaders to reach an agreement and form an inclusive government “to preserve national cohesion and allow the country to resume its journey towards political stability.”

The Core Group, composed of ambassadors from Germany, Brazil, Canada, Spain, the U.S., France, the European Union and representatives from the United Nations and the Organization of American States, also demanded that “full light be shed on the assassination” of Moïse.

Haitian President Jovenel Moïse was assassinated in an attack on his private residence, according to a statement Wednesday from the country’s interim prime minister.

More than 40 suspects have been arrested in the slaying, including 18 Colombian ex-soldiers who have accused Haitian authorities of torturing them while they are in custody. The investigation has faced several setbacks, including death threats that have forced court clerks to go into hiding and a judge to step down after one of his assistants died in unclear circumstances.