NYC is among many places worldwide grappling with an explosive surge of COVID-19 cases brought on by the omicron variant. This unprecedented turn nearly two years into a once-in-a-lifetime pandemic has many asking a single question: What comes next

New York City is among the many places worldwide grappling with an explosive surge of COVID-19 cases brought on by the Omicron variant amid the holiday season.

On Monday, the CDC announced that Omicron had overtaken the delta variant -- with the latest mutation of the coronavirus accounting for more than 70% of all cases in the U.S.

This latest variant poses a number of questions, including: Do health officials see another variant in the near future? If so, what can that mean for the general population? Mayor Bill de Blasio, Health Commissioner Dr. Dave Chokshi and Mitchell H. Katz, head of NYC Health + Hospitals, the largest public health care system in the United States, responded to these questions during Tuesday's coronavirus press briefing, sharing their insight on how the city would respond in the instance that another variant overtakes the Big Apple. 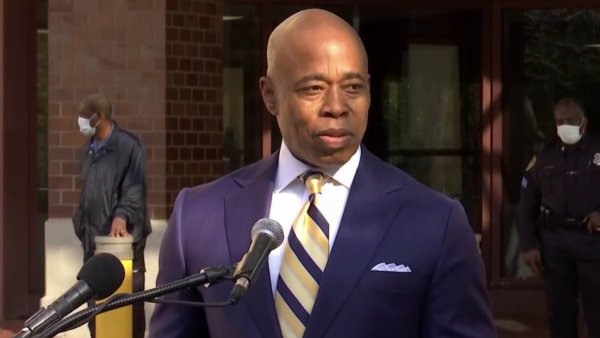 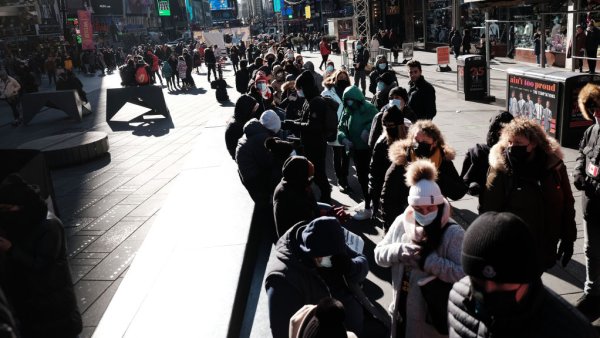 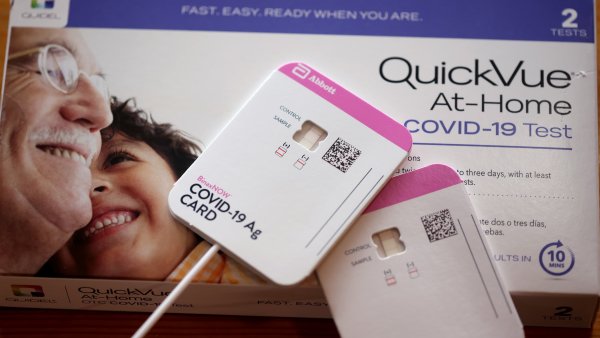 Walgreens, CVS Limit How Many At-Home Covid Tests Customers Can Buy Due to Demand Surge on Omicron Fears

The idea of encountering another variant is not so far-fetched since mutations are common-place when dealing with viruses, Katz said.

"The virus will always make errors as it reproduces – that’s part of what viruses do. It reproduces itself at a certain number of errors occur," Katz said. "Those errors in replications are what are called mutations. Most mutations offer no advantage to the virus and some of them make the virus nonviable and those disappear. The mutations that are the most likely to stick around are those mutations that offer an advantage in transmission, that make the virus more likely to be able to transmit and therefore to reproduce...The virus just wants to reproduce, wants to reproduce as much as possible – that’s what its code is telling it to do. So, yes, there certainly can be more mutations."

However, Katz also stressed that mutations do not necessarily mean that a virus becomes more deadly.

"Mutations don’t have to be more lethal, despite what you see in science fiction films," he said. "The world survived the 1918 Spanish Flu epidemic. That same virus is still circulating and now it is not a harmful virus in the vast majority of cases. So part of life is the mutation of viruses and we stand ready to be defensive and protect New Yorkers whatever this virus sends us."

"One of the things we’ve learned in the COVID era is expect the unexpected, so no one can say with assurance whether there is going to be more variants or how they are going to act," de Blasio said.

However, the mayor went on to emphasize the social practices that have become commonplace over the last two years that he calls "eternal truths" as means of curbing the spread of the coronavirus.

"The basics really matter – everything from washing your hands to using hand sanitizer to using masks, social distancing. All these fundamental things have had a positive impact," he said, adding that the "No. 1 reality is vaccination."

Undoubtedly, as the mayor and city health officials have continuously noted, vaccination continues to be the Big Apple's greatest weapon against coronavirus spread.

"Whatever we’ve seen, every single time, the answer has been vaccination and going deeper and deeper into vaccination. That’s why we are doing the booster incentive over the next few days," he said.

"We still need to maximize vaccinations -- that would be my summary on how to approach things," de Blasio went on to say.

Chokshi echoed similar sentiments when it comes to inoculation being the ultimate key to beating the pandemic.

"We feel a lot of humility in the face of the coronavirus. This team, together has now faced four waves and the virus has proved wildly formidable and has shifted course," Chokshi said. "We have met the challenge at every turn. And, we’ve done so with the notion that we have to be even more relentless than the virus is. So that’s why we’ve taken all the steps that we have in recent days. That’s why we’ve had such an aggressive focus on vaccination which helped us get to that remarkable level of over 71% of all New Yorkers fully vaccinated and over 90% of all adults with at least one dose."

Overall, New York City has to continue being prepared to combat the coronavirus, Chokshi said.

"We have to remain prepared and see what else is around the corner, but we are positioning ourselves to be in the best possible place to do so. The last thing I’ll say just from the scientific perspective is that the best way to keep more variants from emerging is, once again, vaccination. That’s why we are emphasizing it for New York City and we have to think about that across the country and across the world as well."