Chief of Department Terrence Monahan said he sprained his finger; other officers were taken to the hospital for stitches

The top uniformed police officer in the NYPD said he was among three cops hurt in a scuffle with protesters on the Brooklyn Bridge Wednesday morning.

Chief of Department Terrence Monahan said he sprained his pinky finger and got cut during the altercation on the Manhattan side of the bridge. Two other officers, a sergeant and a lieutenant, were taken to the hospital to get stitches. Police say officers were trying to make an arrest when a suspect struck them with a cane.

Thirty-six people were arrested, according to the NYPD. Most appear to have been involved in the Occupy City Hall demonstrations; none arrested were part of the "Stop the Violence" rallies calling for an end to gun crimes in the city.

The group advocating for peace in the city, made up of clergy, officials and city residents, began what they called the Jericho March over the Brooklyn Bridge when the protesters living in the shadow of City Hall started making their way toward the bridge. Police intervened to allowed the anti-violence march to continue, which is when clashes broke out.

Video posted to the NYPD's Twitter account showed a group of officers attempting to detain a man on the roadway. A group of protesters stood near the fencing on the walkway above, and a man with what appears to be either a cane or a pipe ran up and whacked the officers twice.

"This is not peaceful protest, this will not be tolerated," the department said in the tweet.

The NYPD said two men, Shaborn Banks and Quran Campbell, were arrested on the bridge. It wasn't immediately clear if either was the person seen on the video whacking police.

One of the City Hall protesters said a few members of their group went on the bridge to watch the march and were stopped from crossing the bridge, which is when trouble started.

"Our people were sent to walk across the bridge to see what's going on, to make sure we were protected, so that way when they came off the bridge, they didn't come in against us," said the protester, who said her name was Genesis.

Police said the City Hall protesters were attempting to interfere with the planned peaceful protest. After the arrests were made, the Stop the Violence march continued on Broadway, pleading for peace as the city continues to deal with a spike in gun violence.

"How can we stand and protest against a government, but won't march when a 1-year-old is going to be buried in a little while; when a 17-year-old basketball star who was going to go to St. John's University is going to be buried today," said Bishop Gerald Seabrooks. He said that the group came together to denounce violence and support the police.

"We're not saying the police department is always correct, we will march against that too. We will meet with the police commissioner and the mayor to see that there's justice with all people. But let's come together," Seabrooks said. 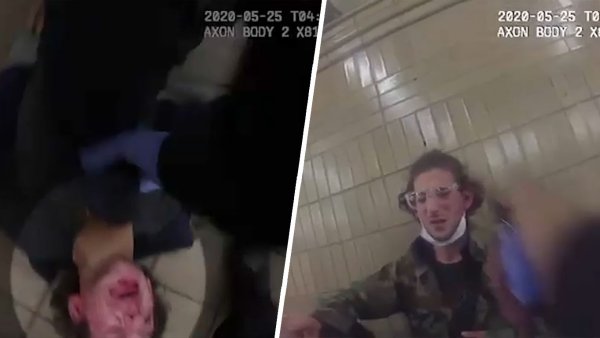 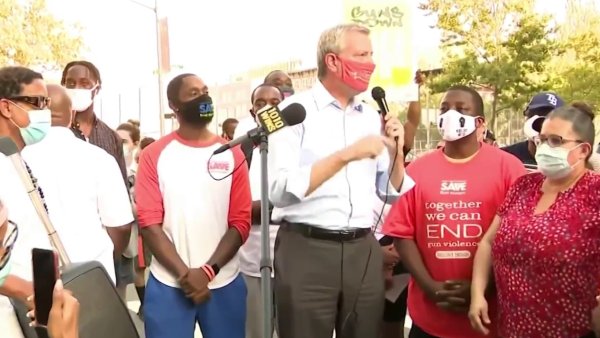