Rangers Fall to Caps 2-1 in OT, Slips in Series

The New York Rangers scored their only goal in the first minute. Then the Washington Capitals made home-ice advantage work.

And in this series, home ice has been critical.

Nine minutes, 24 seconds into overtime, Mike Ribeiro was stationed by the crease to put in a deflected shot to give the Capitals a 2-1 win over the Rangers, restoring Washington's lead — as well as its momentum — in the first-round playoff series.

Washington's Braden Holtby made 24 saves as the Capitals took a 3-2 series lead, with the home team winning every game. Washington took the first two, with New York pulling even in Games 3 and 4. The Capitals have been fighting history along the way: The franchise has lost eight playoff series in which it has held a two-game lead.

Game 6 is Sunday at New York.

Brian Boyle scored the Rangers' lone goal 53 seconds into the game. Joel Ward tied it in the second period. Holtby and Henrik Lundqvist (33 saves) matched each other the rest of the way until Troy Brouwer deflected Karl Alzner's shot from the point — and the puck opportunistically ended up on Ribeiro's stick.

The Capitals were tight early on. Coach Adam Oates said before the game he was "worried" about the way his team would start out. His concern was justified: The Rangers scored quickly. 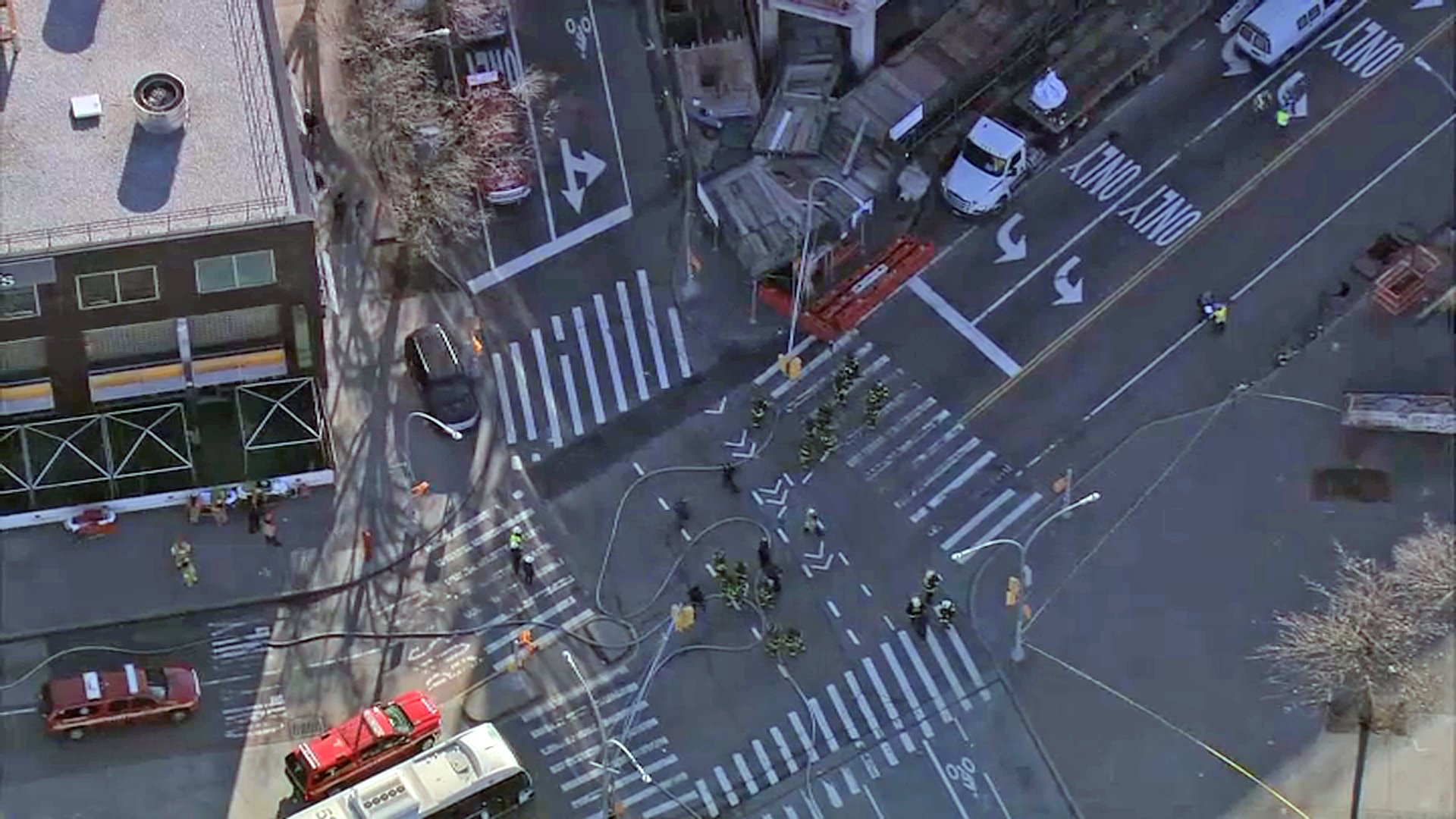 Dan Girardi dumped the puck behind the net. Derick Brassard was there and made a one-touch pass to Boyle, who had skated in front of the crease with barely a hindrance from Capitals defensemen. Boyle popped in his second goal of the series, and Brassard had his series-leading fifth assist.

The Capitals stayed out of sorts well into the first period, seemingly unable to put a stick on the puck with any flow. They again had trouble staying out of the penalty box, with Jason Chimera (boarding) and John Erskine (elbowing) taking penalties. Washington killed them both.

New York nearly took a two-goal lead when Erskine turned the puck over at center ice, but he recovered in time to stop Carl Hagelin's breakaway.

Meanwhile, Rangers defensemen kept getting their sticks in the way at the right times. John Moore did just enough when Ward had an open look at a deflected puck near the crease, and three of Alex Ovechkin's four first-period shot attempts were blocked before they made it to Lundqvist.

Lundqvist also made a reflex save on a one-timer from John Carlson just before the first-period buzzer.

The Rangers finally gave the momentum away in the second period with a senseless penalty by Boyle. He slashed Ribeiro for no good reason in front of a referee near the Rangers net. It took only 11 seconds for the Capitals' power play, the NHL's best during the regular season, to tie the score on Ward's one-timer from the slot.

The Capitals survived two more Rangers power plays late in the second period, then came up empty with a chance of their own early in the third — all because of Lundqvist. The goalie stopped Ovechkin three times from point-blank range during the man advantage, the last two without a stick.

But there was nothing he could do when Ribeiro pounced on the loose puck and won the game.

Notes: New York LW Ryane Crowe, who drew the boarding call on Chimera, played only one more shift after the penalty. He was playing in his second game since missing four with a suspected concussion. ... Rangers D Marc Staal remained sidelined with an eye injury. He has played in only one game in the series. ... With RW Martin Erat out with an upper-body injury, 19-year-old F Tom Wilson, a 2012 first-round draft pick, made his Capitals debut.