In recent weeks, stores such as CVS and 7-Eleven in New York City have been selling three brands of Mexican toilet paper — Regio, Hoteles Elite and Daisy Soft — because retailers can't keep up with demand during the COVID-19 pandemic

Toilet paper is back on store shelves. But you may not recognize some of the brands.

Demand for toilet paper has been so high during the pandemic that in order to keep their shelves stocked, retailers are buying up foreign toilet paper brands, mostly from Mexico. Major chains, across the country, including CVS, Piggly Wiggly, Safeway, 7-Eleven and others, are carrying the international brands.

In recent weeks, a CVS in New York has been selling three Mexican brands: Regio, Hoteles Elite and Daisy Soft. Mexico’s Petalo was on the shelves of a Piggly Wiggly in Sister Bay, Wisconsin. And a Safeway supermarket in Fremont, California, had those same brands, plus Vogue, whose label says in Spanish that it smells like chamomile.

The stores said they needed to get creative during the pandemic and started working with new suppliers to get shoppers what they needed. But don’t worry about popular U.S. brands like Charmin — they aren’t going to disappear. Supply chain experts expect the Mexican and other foreign-made rolls to be on store shelves only temporarily, until U.S. manufacturers catch up with demand. Pizza Shops Across US Facing Scariest Shortage of Them All: Pepperoni Another Quarantine Must Have? Houseplants, Says the Sill CEO

Americans use much more toilet paper than other countries, according to Patrick Penfield, a supply chain professor at the Whitman School of Management at Syracuse University — which is why Mexico can handle shipping more rolls to the United States. Stores have done this with other products during the pandemic, he said, bringing Mexican-made hand sanitizer to the U.S. when there was a shortage.

Americans, of course, buy products that are made all over the world, but most of the toilet paper they use is made in the U.S. Toilet paper is inexpensive and takes up a lot of space in trucks and ships, making it not worth the cost of importing from other countries. That’s left the toilet paper aisle with the same familiar brands, causing some shoppers to do a double take when they see the unfamiliar stuff.

Oliver Olsen wasn’t even in the market for toilet paper, but he had to stop and take a closer look at what he saw in the aisles last month at a Hannaford supermarket in Londonderry, Vermont.

Instead of Charmin and Cottonelle, there was Vogue and Delsey from Mexico. Next to them were rolls of Cashmere from Canada and King Blue from Trinidad and Tobago.

“It really just jumped out at me,” said Olsen, who works in the software industry and is a former state representative. “I didn’t know any of these.” 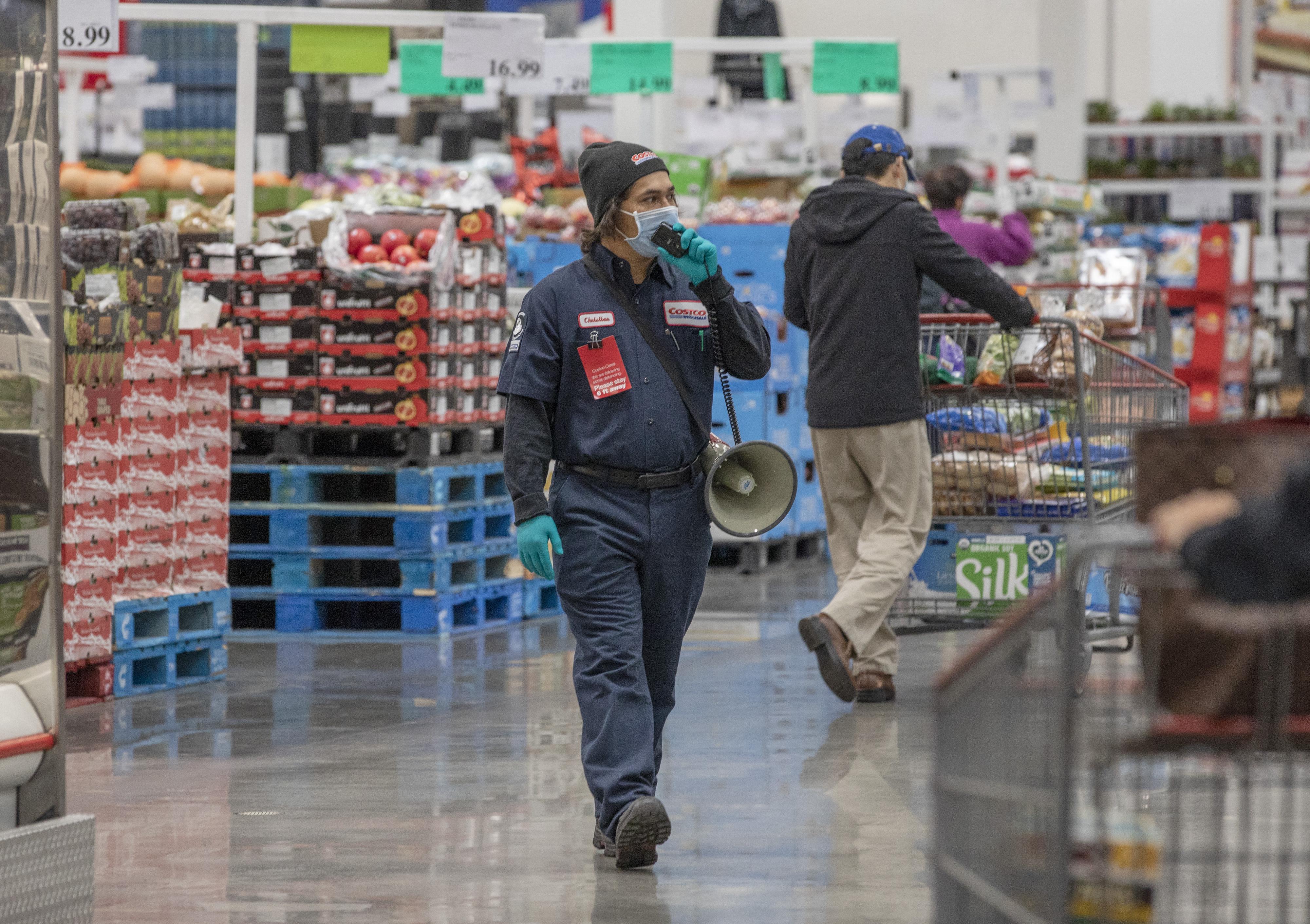 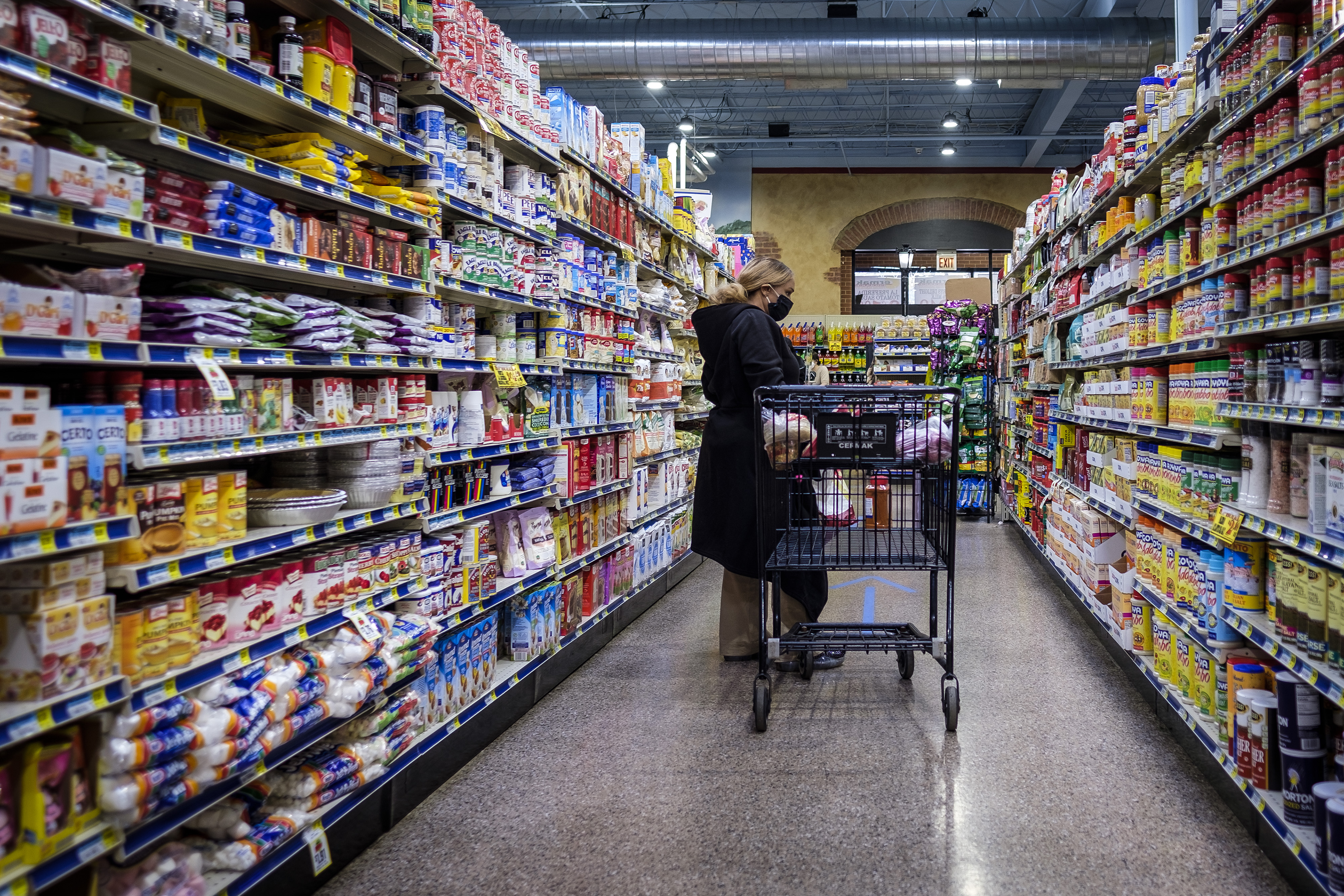 Ericka Dodge, a spokeswoman for Hannaford, a chain owned by supermarket operator Ahold Delhaize, said the grocer worked with new suppliers to get toilet paper on the shelf faster.

Some U.S. manufacturers also stopped making the many varieties of toilet paper they usually make, like sheets that are stronger or infused with aloe, so they could focus on the basics and get it to stores quicker. But Dodge said those varieties are starting to return to retailers’ shelves.

Penfield, the Syracuse University professor, expects American manufacturers to struggle to keep up with demand for the next three to five months.

Part of the reason: People are doing more of their bathroom business at home instead of at work or school. Bathroom tissue sales are up 22% so far this year, according to research firm Nielsen.

Can't find toilet paper anywhere? Follow these steps to make your own using items you may already have at home.

The companies that make the Mexican toilet paper were surprised their rolls were spotted north of the border.

“It’s unexpected that it would be found in any U.S. retailers,” said Amy Bellcourt, a spokeswoman for Essity, a Swiss tissue company that makes Regio in Mexico.

Petalo, Vogue and Delsey are made in Mexico by Kimberly-Clark, the same company that makes Cottonelle and Scott. But Kimberly-Clark said it had no role in importing its Mexican brands to the U.S.

Selling unknown toilet paper brands in a pandemic is not hard, even though they’re not as fluffy as Charmin or Cottonelle.

“American consumers, in times of plenty, are very picky,” said Erika Marsillac, an associate professor of supply chain management at Old Dominion University in Norfolk, Virginia. “If the shelves are running low or empty you’ll grab whatever you can grab.”

No doubt you've noticed -- toilet paper is hard to come by these days. Lynda Baquero reports on how much you actually need.

Some don’t have a choice.

Jennifer Jackson ordered aloe-infused Cottonelle from the website of Texas supermarket chain H-E-B, but it was out of stock, and she realized it was swapped out for Vogue when she picked up her order at the store.

She thought the flowery scent was “kind of fun,” but it was missing some heft.

“Vogue is so thin, it kind of falls apart,” said Jackson, a lawyer in Austin, Texas. “And that’s a dicey situation in the bathroom.”