NYPD Identifies Man Who Stole $1.6 Million in Gold as Convicted Felon Who Fled to Florida, California

Police have identified the quick-moving crook who brazenly stole a bucket of gold flakes worth nearly $1.6 million from an armored truck and ran off with it in midtown Manhattan earlier this fall.

The NYPD says Julio Nivelo is the man who allegedly swiped the 86-pound bucket of gold off the truck on West 48th Street in September, the heist seen in surveillance video first obtained by NBC 4 New York.

NYPD Det. Martin Pastor says Nivelo, who's from West New York, New Jersey, is a convicted felon who's known to the NYPD as Luis Toledo, among other aliases. He's a career thief who's been arrested seven times and deported four times to his native Ecuador, according to Pastor. 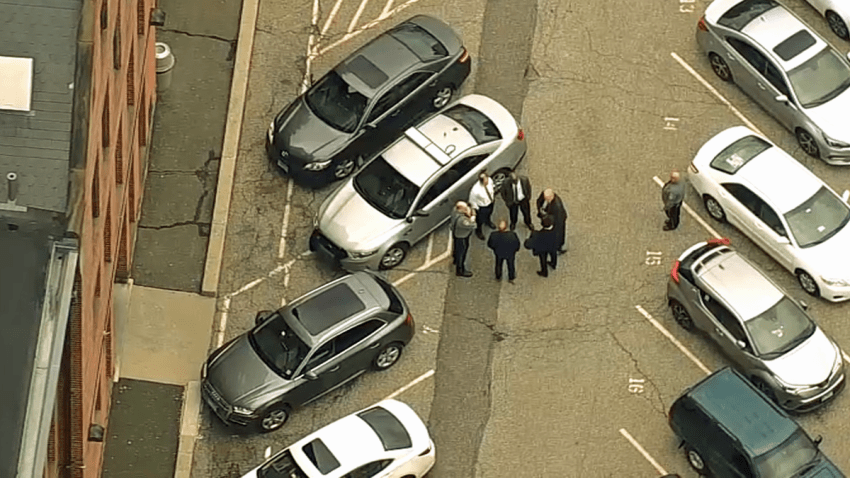 Now the NYPD Major Case Squad has been tracking Nivelo's moves: Pastor says Nivelo fled to Orlando, Florida, before moving on to California, where he's believed to be hiding out in the Los Angeles area with the stolen riches.

Nivelo was a man about town before the heist, it appears: photos show him posing at Washington Square Park and with a figure of the pope at Madame Tussaud's Wax Museum.

A reward of more than $100,000 is being offered for information in the case.

Surveillance video from the the theft shows Nivelo loitering around the truck before one guard goes to make a pickup, and the other guard heads to the front seat to grab his cellphone. Those 20 seconds were long enough for the thief to strike: he goes to grab the 86-pound bucket and makes a run for it, though he clearly has difficulty maneuvering it.

"I think he just saw an opportunity, took the pail and walked off," Pastor previously told NBC 4 New York.

The video shows the thief setting down the heavy bucket, putting it on his shoulder, then taking a breather. He takes another few steps and pauses again. The normally 10-minute walk takes him an hour. He then jumps into a van at 49th Street and Third Avenue.