"We don’t want to inhibit the youngsters going out and have a good time, but we do want to prevent any property damage or mischief that might be going on," the mayor of the latest town to impose a curfew said

Another Jersey Shore town is cracking down on unruly teenagers who have taken over beaches and boardwalks at night thus far this summer.

Toms River is bringing back a beach curfew for minors in all its barrier island communities, and it will remain in place for the rest of the summer, through September. The curfew will be in effect starting at 11 p.m. for everyone 17 or younger.

"We’re responding to the residents' request. We had a little pop up on Ortley Beach, we had a couple hundred kids gather on Third Avenue and the week before there was some problems around the Wawa (on Route 35)," said Toms River Mayor Mo Hill. "We don’t want to inhibit the youngsters going out and have a good time, but we do want to prevent any property damage or mischief that might be going on." 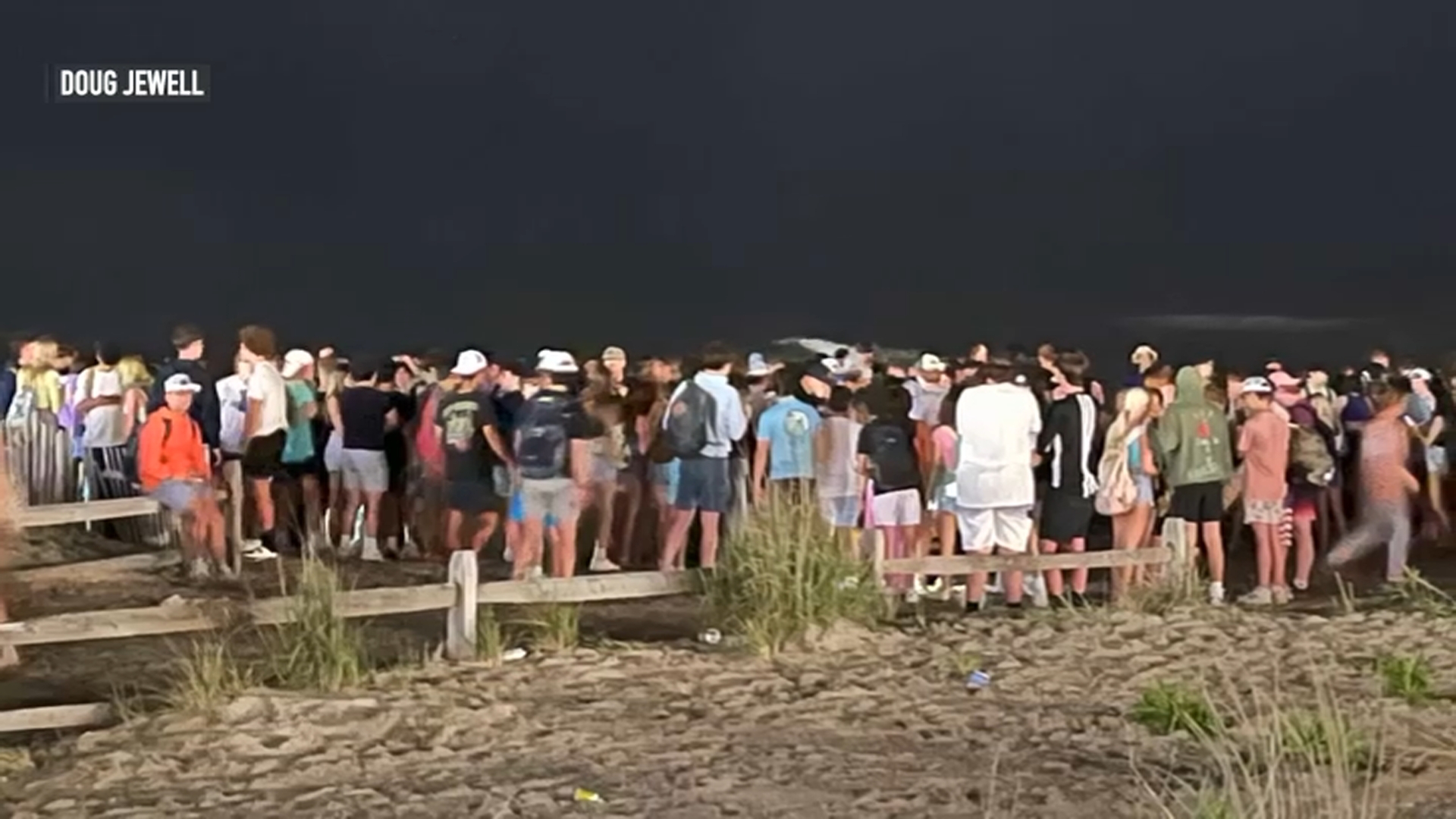 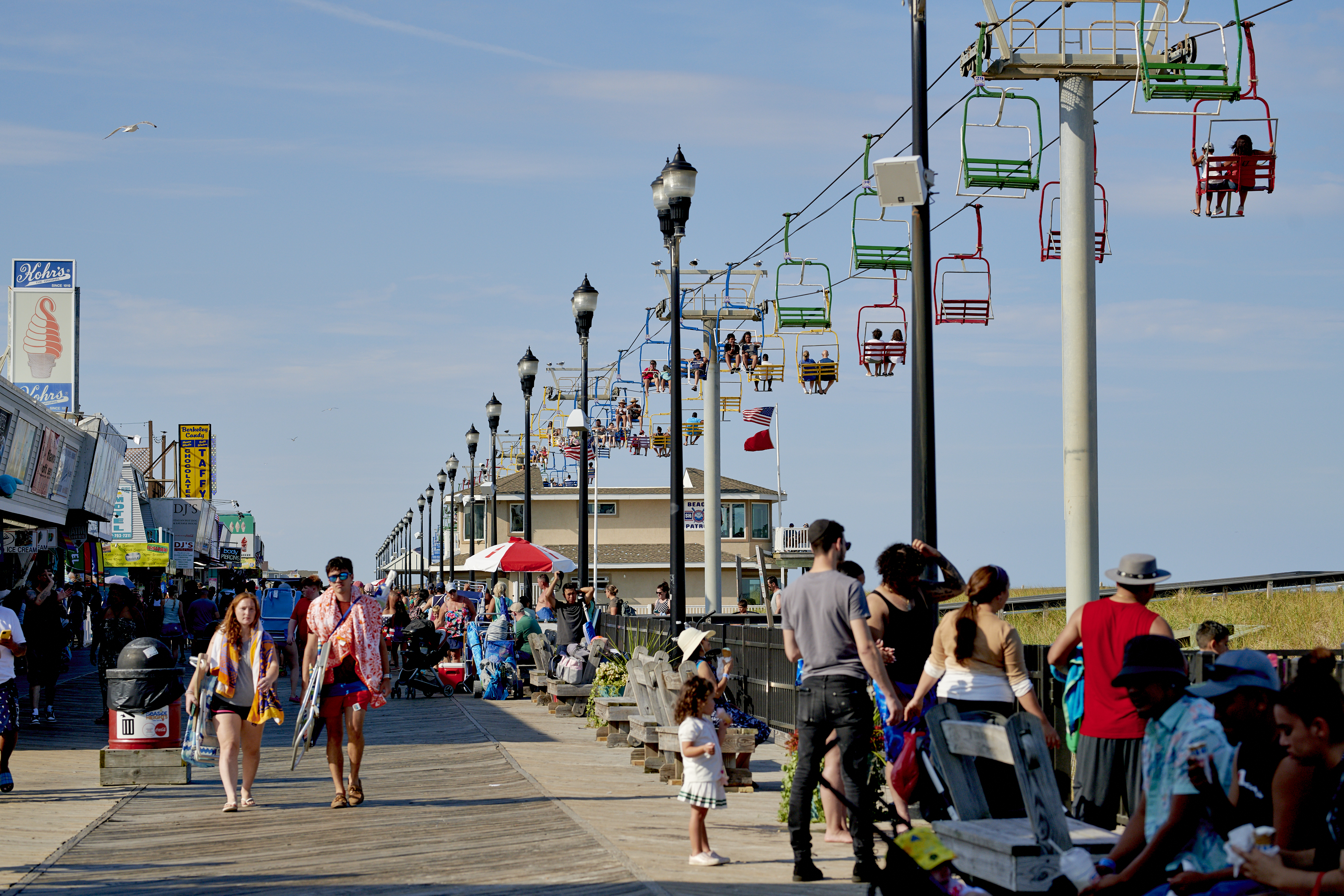 On Memorial Day Weekend, parts of Ocean Terrace in the Normandy Beach neighborhood were filled with hundreds of young people.

"You see just wild kids, they go from one street to the next. Police chase them off one street, they go to the next street, it’s a real problem," said Bart Zabelski, who lives in the area.

Residents said that many of the kids are coming from the mainland by ride service companies.

She said that many of the kids were carrying backpacks, which she said are full of alcohol or other substances. But she said that's not even the worst of it.

"These kids all have backpacks and you know nothing in that is legal," she said "They urinate on people’s yards and they leave their trash all over, and they curse like you cannot even imagine....worse than a sailor."

Officials said that huge groups of kids at Ocean City are causing havoc out on the beach, with more drinking, pot smoking and fighting than before. NBC New York's Ted Greenberg reports.

In neighboring Brick, the curfew is an hour earlier, at 10 p.m. Some Toms River residents have pushed for the township to adopt the earlier time as well. A spokesman for the town told NBC New York that they will make adjustments if necessary, and that public safety always comes first.

"At 11 p.m., people want to settle down in their homes way before that. Ten o’clock would be much better," said Zabelski.

The curfew comes as two other shore communities further north, Point Pleasant Beach and Long Branch, are again bracing for pop-up parties over the weekend, similar to recent ones that have quickly gotten out of control. Two more of the large gatherings have been announced on social media for those locations this weekend.

Later Wednesday evening, Asbury Park police said several social media posts were promoting a pop-up party for their beachfront over the weekend as well. While not confirmed, police said that those organizing or hosting the unauthorized parties would be held "financially and legally responsible."

Down in Ocean City, officials said the kids are causing havoc, especially on the beach, and leaders say the problem is getting worse. The large groups of teens that descend on Ocean City’s boardwalk and beach are impossible to miss, and some officials have said it has become "the hottest nightclub for teenagers at the Jersey Shore" so far this summer.

Complaints about unruly teens intensified in many Jersey Shore communities after state laws legalizing recreational marijuana for adults significantly limited police enforcement power when dealing with underage drinking and pot possession. Although Ocean City has a 10 p.m. curfew for the beach, police have been keeping the teens on the sand instead of having them swarm the boardwalk.

Frustrations are growing on Long Beach as crowds and fights increase on the beach and boardwalk. News 4's Pei Sze Cheng has all the details.