A man arrested in connection with a car crash that killed a rabbinical college student, his pregnant wife and their baby was indicted Wednesday on the charge of leaving the scene of an accident without reporting it, and indictments on other charges are expected to follow, prosecutors said.

Julio Acevedo was not present for Wednesday's hearing before Judge Alexander Jeong. Last week, he was arraigned in state Supreme Court in Brooklyn on charges of criminally negligent homicide, speeding, three counts of assault and leaving the scene of an accident. He was held without bail.

Acevedo's attorney, Kathleen Julian, said the charges were too severe and told reporters her client has been vilified by the media. 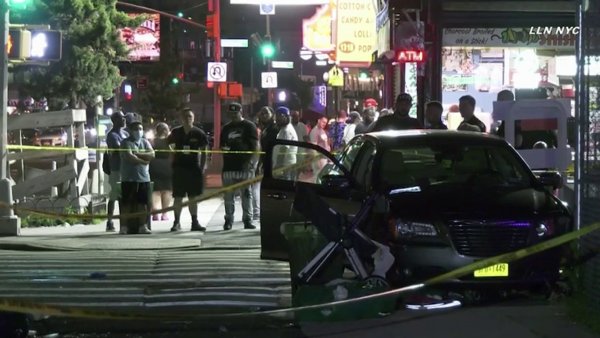 Acevedo arrived in New York six days ago after agreeing to be returned from Pennsylvania, where he had surrendered to police in the parking lot of a Bethlehem convenience store a day earlier.

Acevedo was accused of barreling down a Brooklyn street at 60 mph early March 3 and crashing into a livery cab carrying Nachman and Raizy Glauber, who were on their way to a hospital.

The Glaubers, both 21, died the day of the accident. Their son, delivered by cesarean section, died the following day of extreme prematurity due to blunt-force injuries to his mother, who was seven months pregnant and was thrown from the cab, the city medical examiner's office said.

The cab that had been carrying them had a stop sign, though it's unclear whether the driver stopped. The driver was knocked unconscious.

Acevedo told the Daily News that he was fleeing a gunman who was trying to shoot at him when his borrowed BMW slammed into the Glaubers' hired car. He told the newspaper he fled because he was worried he would be killed. But police said there were no reports of shots fired in the area at the time of the wreck.

The couple belonged to a close-knit ultra-Orthodox Jewish community in Brooklyn. They were members of the Satmar Hasidic sect.