One video showed a panhandler asking customers for money, and after receiving some, he took off with the money for the tip

With many storefronts already having closed, falling victim to the COVID pandemic and the effects on the economy, some of the remaining restaurants and residents still around say Hell's Kitchen is starting to feel lot more like its name.

On the famed Restaurant Row, eateries and customers now line the street that has been closed to traffic. But with that has come a different issue: panhandlers. One was seen going from business to business, approaching customers in what has become a growing concern for business owners in the neighborhood.

"When the population in the hotels grew in this specific area, you started to see it, everyday," said Shane Hathaway, who owns Hold Fast Kitchen and Sprits. "I've had people grab me, people push one of my staff."

Case in point: A panhandler was seen asking customers for money at a bar on West 49th Street and Ninth Avenue. He is given some, and then the man takes off with the tip money. Another man was seen on video stopping to ask a question at a tattoo parlor on Tenth Avenue, and then threw his drink at the tattoo artist.

Residents have seen the signs as well. They say the neighborhood isn't what it was like before the pandemic, before many of the hotels began housing those experiencing homelessness. There has also been more crime, and the trash keep piling up.

Employers in the area say what has been going on makes it difficult to have workers return to midtown.

"We have 90 or so workers who work on the 20th floor, and when they come out of the subway, there are all kinds of homeless people laying down, sleeping, urinating, defecating in the streets," said Louis Naviasky, who works in the Garment District.

"The health situation continues to improve, we're going to start the provess of where we can get homeless back in safe shelter facilities and reduce reliance on hotels," the mayor said. De Blasio also said he would go to the area himself at some point to see the issues firsthand. 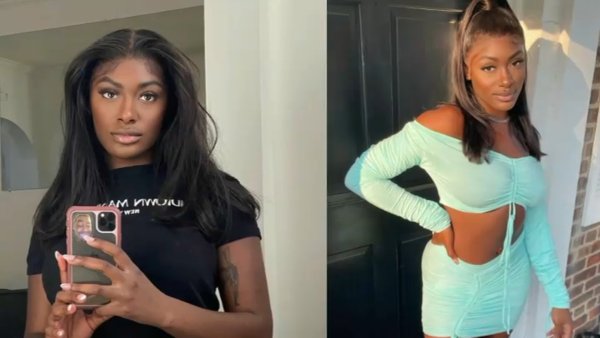 The Department of Social Services said moving people from the shelter system to hotels both in midtown and all across the city was for health and safety reasons amid the pandemic, with their data showing it saved lives.