Dina Lohan, the mother of actress Lindsay Lohan, has been arrested for allegedly drunk driving and leaving the scene of an accident on Long Island, prosecutors say.

The elder Lohan was driving a Mercedes at Merrick Mall in Merrick around 7 p.m. on Saturday when she hit the back of a Honda CRV, according to a felony complaint.

Lohan drove away from the scene without providing any information, so the other driver called 911 and followed her, the complaint says. 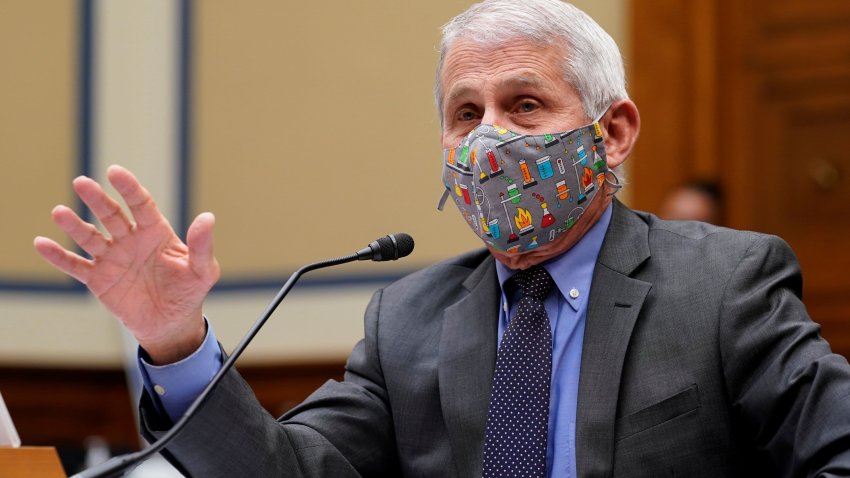 Fauci Says U.S. Will Likely Resume Use of J&J Covid Vaccine With a Warning Or Restriction

The Honda driver and police followed Lohan to her home in Merrick and found her sitting in the driver's seat with the engine running, according to the complaint.

A police officer who spoke with Lohan said her breath smelled like alcohol and her eyes were "glassy and bloodshot." Lohan was unsteady when she got out of the car, and ended up falling to the ground face-first, the complaint says.

Lohan allegedly told police she'd had one glass of wine and refused to take a breathalyzer test, at which point she was arrested.

According to the felony complaint, her Mercedes had an expired registration and hadn't been inspected. She also had one open suspension from July of last year, for failure to pay New York State taxes, the complaint says.

Lohan faces charges including DWI with a previous conviction designated offense within 10 years and third-degree aggravated unlicensed operation of a vehicle, according to the complaint.

"There was no formal test to establish my client was intoxicated, and we'll be back in court next Wednesday to fight the case," he said.

The Saturday incident wasn't Lohan's first DWI arrest. In 2014, she pleaded guilty to aggravated driving while intoxicated and speeding in connection with a 2013 traffic stop.

Lohan forfeited her driver's license for a year after that arrest.