Authorities said one employee even wrote a letter to a judge, praising the jailhouse behavior of Anthony Ellison, a high-ranking member of the gang Nine Trey Bloods who was convicted in the kidnapping of rapper Tekashi69

Two guards and a jail secretary were bribed to smuggle drugs, booze and cellphones to inmates at the troubled Metropolitan Correction Center in lower Manhattan for over a year, authorities said Thursday as they announced charges against the trio and eight former inmates.

According to the indictment, the three Bureau of Prisons employees accepted bribes to smuggle banned items like cellphones, alcohol and cigarettes into the MCC. 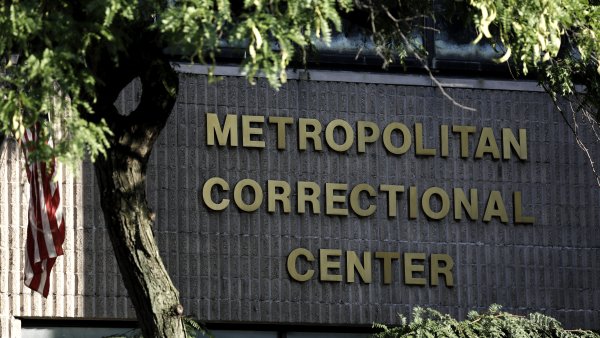 Authorities said one employee, secretary Sharon Griffith-McKnight, even wrote a letter to a judge, praising the jailhouse behavior of Anthony Ellison, a high-ranking member of the gang Nine Trey Bloods who was convicted in the kidnapping of rapper Tekashi69. Prosecutors said the kidnapping was to punish Tekashi69 for picking and choosing when to associate with the gang.

Tekashi69, whose legal name is Daniel Hernandez, was charged in a racketeering case but received a lenient prison sentence after cooperating.

Griffith-McKnight called Ellison a “model inmate,” even though she was smuggling contraband including multiple cellphones to him at the time, authorities said in a news release. Ellison was among inmates charged Thursday in the MCC contraband scheme.

At Ellison's November 2020 sentencing, the judge relied in part on the letter to say that his good jail behavior was “impressive” and that his time at the MCC contained “a lot of good” unless “this is some sort of Grisham novel, and people are corrupt and making all of this up,” the release said. Ellison was sentenced to 24 years in prison.

The last few inmates at the MCC were transferred to a facility in Brooklyn, after the deteriorated Manhattan locked was closed for repairs.

A lawyer for Griffith-McKnight did not immediately respond to a request for comment. Emails seeking comment were sent to previous lawyers for Ellison.

Closed recently for extensive renovations, the MCC has held notorious criminals over the years, including John Gotti, El Chapo, Bernard Madoff and terrorists.

The timing of the alleged crimes spanning October 2019 through January 2021 suggests they were discovered after scrutiny fell on the facility following the death of financier Jeffrey Epstein in August 2019 as he awaited a sex trafficking trial. He was found unresponsive in his cell, and the death was later ruled a suicide.

U.S. Attorney Damian Williams said in a release that MCC guards Perry Joyner and Mario Feliciano, along with Griffith-McKnight, “undermined the institution they swore to serve by conspiring with the very inmates they are charged to protect.”

“The guards we’ve arrested today acted like nothing more than the criminals in their charge and assisted incarcerated offenders in committing more crimes,” said Michael J. Driscoll, head of New York's FBI office.

Lawyers for Joyner and Feliciano did not immediately respond to requests for comment. Feliciano no longer works for the Bureau of Prisons.