The reduced charges represent a remarkable change from the tough approach initially taken by prosecutors, who had initially hit the attorneys with serious charges that could have landed them in prison for decades

A pair of Brooklyn attorneys who were facing the possibility of 10 years in prison for firebombing an empty New York City police vehicle during protests over the murder of George Floyd agreed to a new plea deal Thursday that could significantly reduce their time behind bars.

Federal prosecutors agreed to recommend a prison sentence of 18 to 24 months for the lawyers, Colinford Mattis and Urooj Rahman.

The two attorneys appeared at a U.S. courthouse in Brooklyn Thursday to withdraw earlier guilty pleas to a charge of unlawfully possessing Molotov cocktails, and plead guilty to conspiracy charges punishable by no more than five years imprisonment. 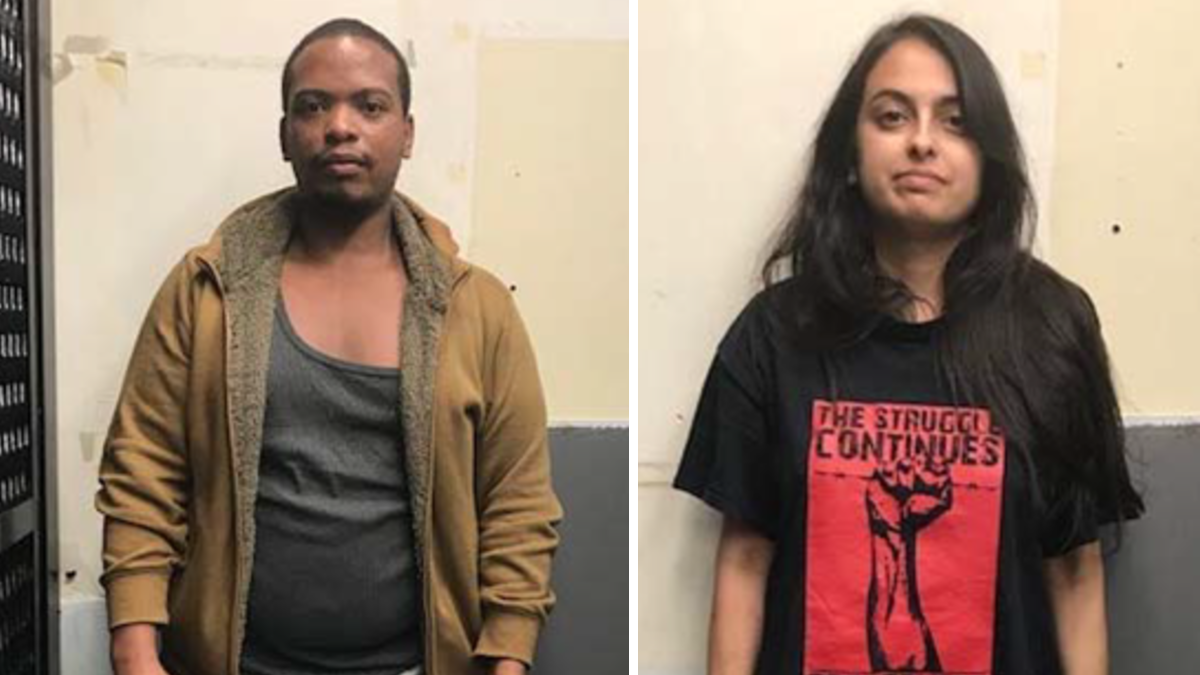 The reduced charges represent a remarkable change from the tough approach initially taken by federal prosecutors, who had initially hit the attorneys, both 33, with serious charges that could have landed them in prison for decades.

The pair was arrested amid clashes between protesters and police on May 30, 2020, during an eruption of demonstrations following Floyd's killing by a police officer in Minnesota.

Surveillance cameras recorded Rahman, a human rights lawyer, hurling an incendiary device into a parked police vehicle, setting fire to its console. No one was injured in the attack, but the vehicle was severely damaged.

Officers arrested the lawyers a short time later and said they found a lighter, a Bud Light beer bottle filled with toilet paper and a gasoline tank in the back of a minivan driven by Mattis, a corporate attorney. Prosecutors allege the lawyers planned to distribute and throw other Molotov cocktails.

While other lawyers condemned their conduct, some objected to the severity of the charges, arguing that the case was improperly being handled as if it were an act of domestic terrorism. When the U.S. attorney in Brooklyn asked that the lawyers be detained without bail, 56 former federal prosecutors sent a legal brief to the court criticizing the government’s handling of the case.

U.S. District Judge Brian Cogan said he was not bound by the sentencing recommendations under the new plea deal, but would take it into account when he sentences the two attorneys this fall.