Two weeks after a disgruntled lawyer allegedly killed her son and severely wounded her husband at their New Jersey home, a federal judge is speaking out publicly for the first time.

Judge Esther Salas released a statement Monday, calling for more privacy for federal judges in the wake of the attack, which left her son Daniel dead and her husband Mark with multiple gunshot wounds that required several surgeries.

Federal authorities believe Roy Den Hollander, a "men's rights" lawyer and frequent litigant, shot Mark and Daniel Anderl just days after killing another lawyer in California. He was found dead by suicide the next day, with a list of what authorities believe were potential targets, including other judges.

Read Judge Salas' full statement below, as transcribed by spokespeople working on her behalf.

Two weeks ago, my life as I knew it changed in an instant, and my family will never be the same. A madman, who I believe was targeting me because of my position as a federal judge, came to my house.

Our family had just finished a weekend celebration in honor of our son Daniel Mark’s 20th birthday. Daniel always wanted to spend his birthdays with his dad and me, so he asked we host a party for a few of his Catholic University of America friends. Because of the pandemic, his father, Mark, and I had some concerns; however, we thought we could adhere to safety guidelines and we agreed to allow his friends to come spend the weekend. The weekend was a glorious one. It was filled with love, laughter, and smiles. As Daniel’s last friend departed on Sunday, we decided to give Daniel a pass on his usher duties. When Mark and I returned from church, Daniel was upstairs sleeping, and we decided to give him a little rest.

As the afternoon progressed, it was time to clean up from the weekend festivities; Daniel and I went downstairs to the basement and we were chatting, as we always do. And Daniel said “Mom, let’s keep talking, I love talking to you, Mom”. It was at that exact moment that the doorbell rang, and Daniel looked at me and said, “Who is that?”

And before I could say a word, he sprinted upstairs. Within seconds, I heard the sound of bullets and someone screaming, “No!”

I later learned that this monster, who had a FedEx package in his hand, opened fire, but Daniel being Daniel, protected his father and he took the shooter’s first bullet directly to the chest. The monster then turned his attention to my husband and began to shoot at my husband, one shot after another. Mark was shot three times: one bullet entered his right chest, the other his left abdomen, and the last one in the right forearm.

While my husband is still in the hospital recovering from multiple surgeries, we are living every parent’s worst nightmare -- making preparations to bury our only child, Daniel.

My family has experienced a pain that no one should ever have to endure. And I am here asking everyone to help me ensure that no one ever has to experience this kind of pain. We may not be able to stop something like this from happening again, but we can make it hard for those who target us to track us down.

As a federal judge, I took an oath to administer justice without respect to a person’s race, gender, or economic status. As I speak to you today, I can honestly say that I have worked tirelessly to uphold that pledge. As federal judges, we understand that our decisions will be scrutinized, and some may disagree strongly with our rulings. We know that our job requires us to make tough calls, and sometimes those calls can leave people angry and upset.

That comes with the territory and we accept that.

But what we cannot accept is when we are forced to live in fear for our lives because personal information, like our home addresses, can be easily obtained by anyone seeking to do us or our families harm.

Unfortunately, for my family, the threat was real and the free flow of information from the Internet allowed this sick and depraved human being to find all our personal information and target us.

Currently, federal judges’ addresses and other information is readily available on the Internet. In addition, there are companies that will sell your personal details that can be leveraged for nefarious purposes.

In my case, this monster knew where I lived and what church we attended and had a complete dossier on me and my family. At the moment there is nothing we can do to stop it, and that is unacceptable.

My son’s death cannot be in vain, which is why I am begging those in power to do something to help my brothers and sisters on the bench.

Now, more than ever, we need to identify a solution that keeps the lives of federal judges private. I know this is a complicated issue, and I don’t pretend to know or have all answers, but together we can find a way. Let’s commence a national dialogue, let’s work collaboratively to find a solution that will safeguard the privacy of federal judges.

Let me be clear and tell you firsthand—this is a matter of life and death. And we can’t just sit back and wait for another tragedy to strike.

Finally, I would be remiss if I failed to thank the people who have done their part to try and relieve a little bit of this unfathomable pain that we are experiencing. Mark and I want to express our heartfelt appreciation to all the first responders, to the doctors, including, but not limited to Drs. Choron, Flippin, Gupta, and Littlejohn, the countless nurses, too many to name but you know we love you, staff and leadership at Robert Wood Johnson University Hospital who have helped to treat Mark and me over the last two weeks. Thank you to all law enforcement agencies - federal, local, and state. I know I spoke with many of you last week and you prefer to remain nameless, but I need you to know that you’re in our hearts and we can’t thank you enough for all that you do.

I just want to say thank you to you all and I love you. 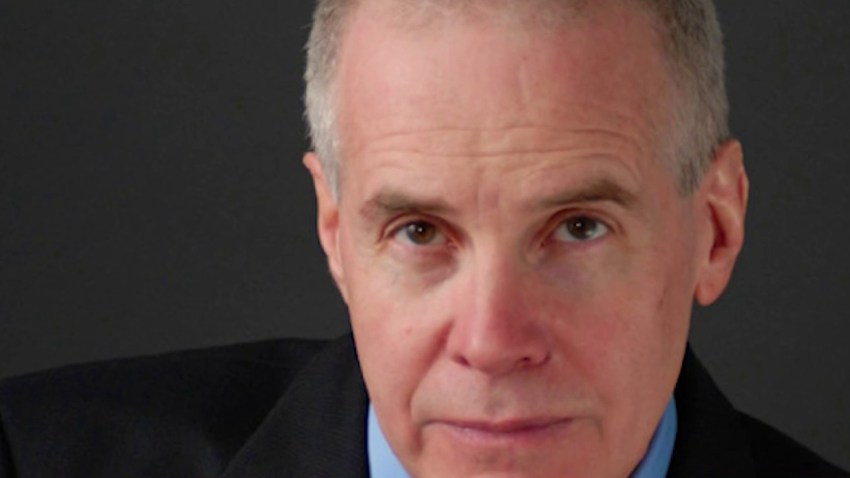