Former NYC Sergeants Benevolent Association President Ed Mullins, who resigned this week amid an ongoing corruption-related investigation that led to raids on his home and the union's Manhattan headquarters, has filed for retirement, NYPD officials confirmed to News 4 Friday.

Mullins filed the paperwork Thursday afternoon, the officials said. It's not clear when his retirement would take effect. He had been put on modified duty earlier this week.

The SBA named a new president the same day after the controversial former leader's resignation Tuesday. In a concise comment to News 4 New York, the SBA spokesperson said: "Vincent Vallelong is now installed as SBA President." 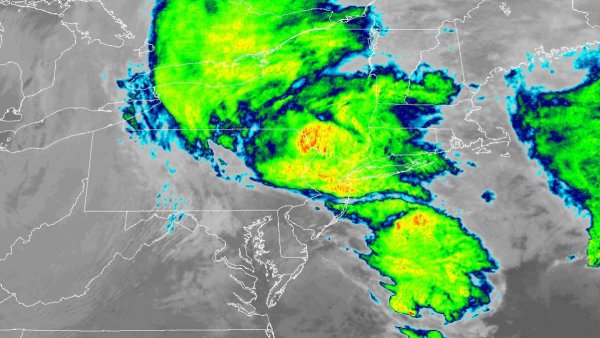 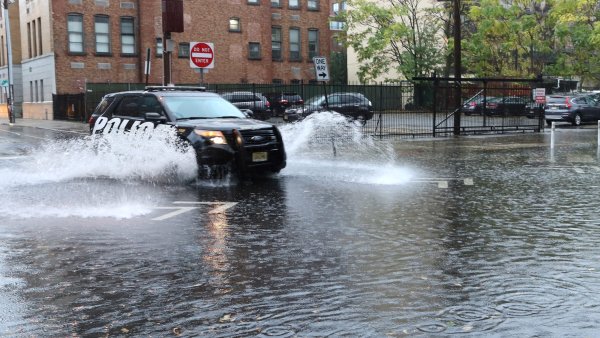 How Much Rainfall Did the Nor'Easter Drop on the Tri-State Area?

Vallelog, who resides in Staten Island, previously served as the SBA's Detective Bureau Director and Marshal.

Throughout his NYPD career, Vallelong worked in the 5th and 62nd Precincts, as well as the Manhattan South Task Force, the 63 Robbery Apprehension Module and the 62 Detective Squad. Additionally, as a sergeant, he was assigned to the Brooklyn South Detective Operations, where he was an SBA delegate.

The FBI was seen raiding then-SBA president Ed Mullin's home as well as the union's headquarters on Tuesday. It was part of a criminal probe being conducted by the FBI and the U.S. Attorney's Office for the Southern District of New York.

"The nature and scope of this criminal investigation has yet to be determined. However, it is clear that President Mullins is apparently the target of the federal investigation," a Tuesday message from the SBA Executive Board to members read. The board went on to say that Mullins had resigned as union president.

Police Commissioner Dermot Shea said Wednesday that the NYPD’s internal affairs bureau, which has been probing Mullins’ fiery tweets and other activity, was working with the FBI on the investigation that led to Tuesday’s searches.

“As a result of that work, you saw some of the investigative powers being exercised yesterday,” Shea said, declining to comment further because the investigation is ongoing.

The FBI confirmed the bureau executed the search warrant at the police union's offices, as well as Mullins' home in Port Washington. FBI spokesperson Martin Feely said agents were “carrying out a law enforcement action in connection with an ongoing investigation."

Agents were seen carrying boxes out of the union’s Manhattan headquarters and loading them into a van. Mullins returned to his home Monday afternoon, and left after a short time. He did not speak with reporters.

It was not immediately clear, however, who or what prosecutors and the FBI are investigating. In the letter to members, the SBA said it would cooperate with the investigation.

"Like all of us, Ed Mullins is entitled to the presumption of innocence, and we ask you to withhold judgment until all the facts have been established," the letter from the SBA executive board read. "However, the day-to-day functioning and the important business of the SBA cannot be distracted by the existence of this investigation."

The SBA represents 13,000 current and former members of the NYPD, according to its website, and controls a $264 million retirement fund; it describes itself as the fifth-largest police union in America.

Last month, Mullins faced an NYPD internal trial on a variety of administrative charges, including for an episode where he tweeted an arrest record for the mayor's daughter. The department trial began last month but was postponed indefinitely after one of his lawyers suffered a medical emergency.

Mullins is also suing the department, claiming they were trying to muzzle him by grilling him and recommending disciplinary action over his online missives, which have included claims that officers were at war with city leaders.

Mullins, a police officer since 1982, rose to sergeant, a rank above detective but below captain and lieutenant, in 1993 and was elected president of the sergeants union in 2002. Under Mullins' leadership, the union has fought for better pay — with contracts resulting in pay increases of 40% — and staked a prominent position in the anti-reform movement.

Though he was a full-time union chief, city law has allowed Mullins to retain his sergeant's position and collect salaries from both the union and the police department. Last year, Mullins made more than $220,000 between the two, according to public records: $88,757 from the union and $133,195 from the NYPD.

The NYPD referred questions about Mullins to the FBI.