The man believed to be responsible for shooting and injuring two NYPD officers in the Bronx in right before Thanksgiving was indicted on attempted murder charges, the district attorney announced.

Charlie Vazquez also faces multiple assault and weapon possession charges for the Nov 24. incident near the corner of East 187th Street and Beaumont Avenue in the Belmont section just after 8 p.m.

Officers Alejandra Jacobs and Robert Holmes were responding to a call of a man with a gun, and when they approached him, he said a few words before opening fire six times, according to Bronx DA Darcel Clark. The uniformed officers then returned fire. 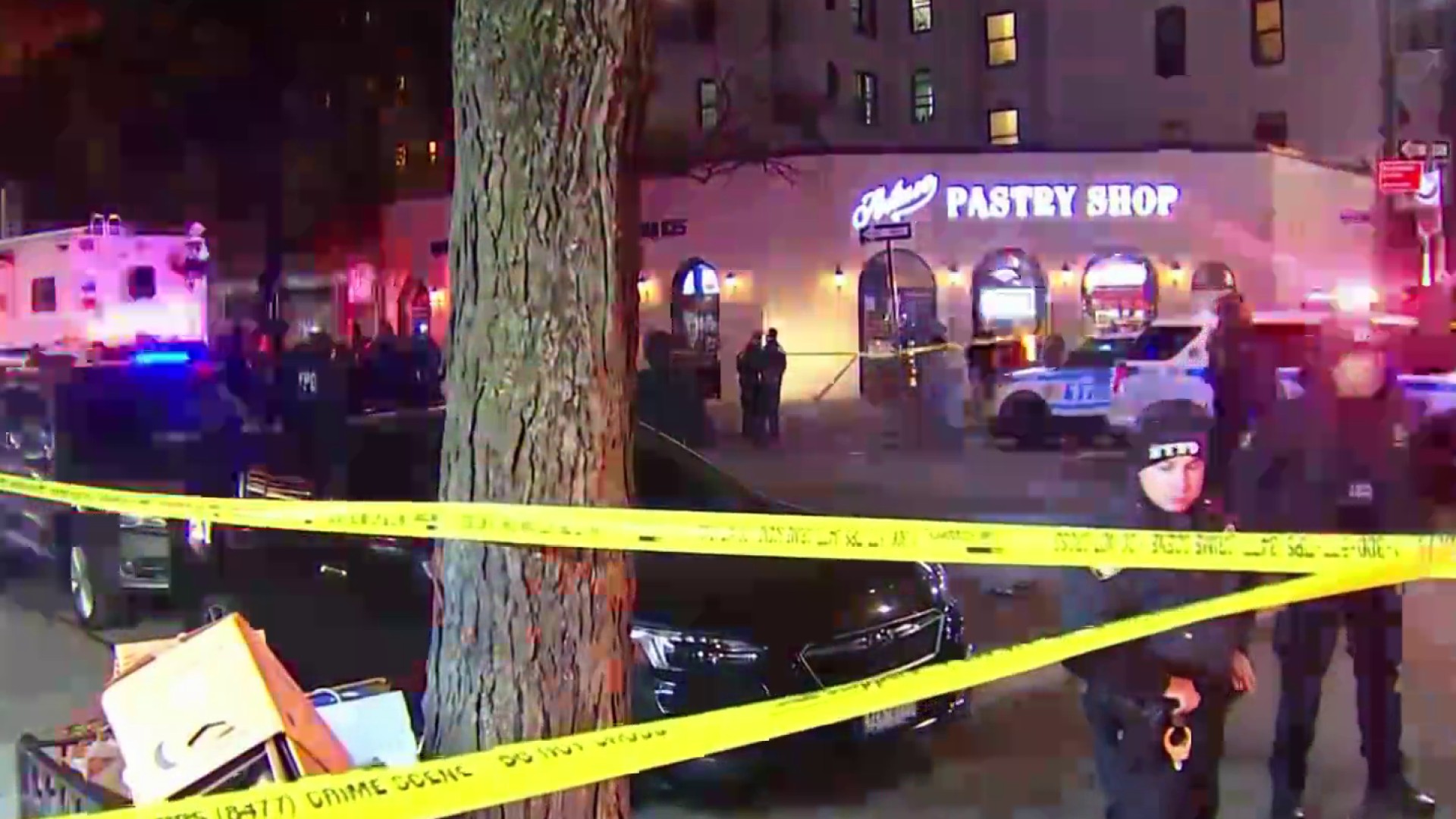 Video obtained by NBC New York shows the seconds-long encounter after the 911 caller alerted police about a man with a gun. The images show the moment Jacobs and Holmes came upon a man sitting on a stoop on Beaumont Avenue that police say matched the description of the suspect.

Then-NYPD Commissioner Dermot Shea said the officers asked the man to take his hands out of his pockets as Holmes opens the gate. As the suspect stood up, he pulled a gun and shots were fired. Shea said that Jacobs shot the suspect three times as Holmes wrestled him to the ground.

Two other officers then responded and provided aid to Jacobs and Holmes, while also helping restrain Vazquez, Clark said.

The suspect was hospitalized with serious injuries, but is expected to make a full recovery. A senior NYPD official with knowledge of the investigation said the 23-year-old Vasquez, of Featherbed Lane, has nine prior arrests on his record.

A black semi-automatic firearm, a .9-mm handgun, was recovered at the scene. Police say the gun was stolen in Georgia at some point in the past and eventually made its way here.