Bronx Fire Tragedy: How to Help the Victims

In the aftermath of New York City's deadliest fire in more than 30 years, many of those who survived the flames have lost so much — and there are multiple ways to help them in what will most certainly be an extended time of need.

New York City Mayor Eric Adams has set up a fund for the Bronx residents impacted by the blaze that killed at least 17 people — including eight children — and injured more than 60. People can find out how to donate to that fund here.

The city's Office of Emergency Management said Sunday it is only taking monetary donations at this time. Funds raised will help provide support for the victims and their families, as well as help distribute emergency relief supplies. 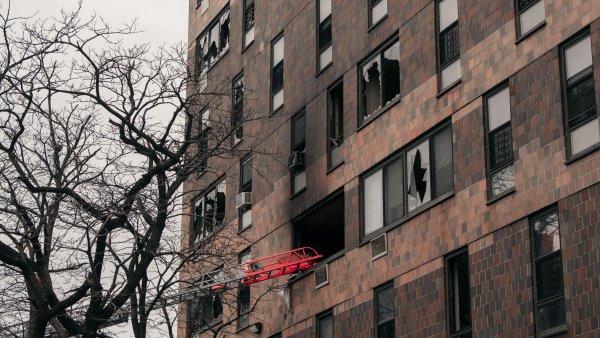 Many others have offered to help raise money for the victims as well. Real Housewives of New York City star Bethenny Frankel said that her charity that provides emergency assistance, bstrong, will distribute survival kits & cash cards to those impacted, and has already committed to an initial donation worth $100,000. To donate, click here.

For those looking to donate other items, the Red Cross was moving to set up a site at Monroe College's Ustin Hall at 2375 Jerome Avenue, to provide emergency relief to families. The Red Cross said they were providing support and emergency relief for 21 families, including 54 adults and 24 children. The Gambian Youth Organization, located at 214 East 181st Street, is also accepting water, food and clothes for families.

New York State Senator Alessandra Biaggi also shared a number of places throughout the borough that will be accepting donations for victims of the fire. Those places include The Pelham Picture House (175 Wolfs Lane), the Anthony Avenue Community Garden (2078 Anthony Avenue), Bronx Community Board #10 (at 3165 East Tremont Avenue), the Bronx Woodlawn Collective (341 East 235th Street)

For those who were impacted by the fire, texting “181STFIRE” to 692692 will provide updates about resources and services available.

NBC New York has team coverage of the Bronx apartment fire that left 19 people dead, at least half of which were children, as thick black smoke turned hallways into deathtraps.