Earlier this week, President Joe Biden said Gov. Andrew Cuomo should resign if the allegations against him prove true and if they do, he could be prosecuted as well

A third woman who has leveled claims against Gov. Andrew Cuomo amid an investigation over sexual harassment allegations plans to meet with state attorney general investigators Thursday about the case.

Ana Liss, who spoke in a TV interview earlier this month about the alleged "toxic workplace environment" in the embattled governor's office, is one of seven women, several of them former members of his staff, that have come forward with their own story about Cuomo. Liss described the governor's behavior as "harmless flirtation" and did not allege that Cuomo sexually harassed her, but she said his actions were part of a "pervasive hostile toxic workplace environment that disproportionately harmed the young women who worked there.”

The investigation into allegations are moving quickly. Another accuser, Charlotte Bennett said she spent four hours speaking with independent investigators on Monday.

Ana Liss said the governor's office was a toxic work environment, and while she did not allege harassment, she did feel demeaned as a female employee. She joins two other accusers who have already spoken to the independent investigators. NBC New York's Jonathan Dienst reports.

Bennett provided authorities with 120 pages of records from the time of the alleged harassment and other documentary evidence to corroborate her accusations, her lawyer, Debra Katz, said in a statement. Bennett revealed new details about Cuomo’s behavior and what she said was a “sexually hostile work environment,” according to Katz.

“The investigators have been moving quickly, and with sensitivity, to get to the heart of these allegations,” Katz said. “We remain confident that their investigation will substantiate Charlotte’s claims of sexual harassment against Gov. Cuomo, as well as the failure of his senior staff to meet their mandatory reporting requirements under the very laws he signed.”

As one of Cuomo's accusers spoke with investigators for hours on Monday, a new poll was released showing more than half of New York voters say they don't want to see the governor resign, even as his list of political allies grows thin. NBC New York's Jonathan Dienst reports.

"It is clear from the interview that the investigators are moving expeditiously and taking their work seriously," Basinger said. "We are pleased with the scope of the investigation and the thoughtfulness and thoroughness of their questioning."

Boylan also talked with Ronan Farrow about her experience working in the Cuomo administration, echoing Liss' comments by describing it as "toxic, and particularly for women."

The governor's office is also facing scrutiny after a New York Times report said that those close to Cuomo sent a letter to aides that attacked Boylan's credibility. The newspaper reports that in the letter were personnel complaints filed against Boylan and it tried to tie her to supporters of former president Donald Trump, implying that her claims were premeditated and politically motivated.

The idea behind the letter was to have former Cuomo aides — particularly women — attach their names to it and send it out. While the letter was sent to some former advisers and then to current and former top aides, it was not clear how many people were asked to sign the letter. It was never released.

A top adviser to Gov. Andrew Cuomo who oversees New York's vaccine distribution made calls to Democratic county executives in recent weeks to check on support for the three-term governor currently embattled in allegations of wrongdoing, according to two reports published Sunday.

Earlier in the week, a Siena College Poll of New York revealed that a majority of voters (50 - 35 percent) believe Cuomo should not immediately resign. While 48-34 percent, they say he can continue to effectively do his job as governor.

President Joe Biden on Wednesday reiterated his stance on the governor, saying that Cuomo should resign if the state attorney general’s investigation confirms the sexual harassment allegations against him. If that's the case, he could end up prosecuted, too, the president said.

“It takes a lot of courage to come forward so the presumption is it should be taken seriously,” Biden said in an interview with ABC News. “And it should be investigated, and that’s what’s underway now.”

Biden and Cuomo, once close allies, have not spoken since the allegations were made, officials said. When asked repeatedly about the allegations, White House press secretary Jen Psaki has recited the response that the women should be heard and the investigations should continue. Word went out throughout the West Wing, including to the president, to not talk to members of the governor’s staff except to coordinate the coronavirus response.

A Siena College poll showed most New Yorkers don't want the governor to resign, despite widespread calls from politicians to the contrary.

Cuomo responded to the president's comments during a Wednesday afternoon press conference, seemingly trying to put Biden's words into perspective.

"Yes, if you commit a crime, you'll be prosecuted. That's true. But what President Biden said was we should do an investigation," Cuomo said during the press conference over the phone. "But the president was asked, should he resign or review first, and the president said there should be a review."

Meanwhile, the probe into the third-term governor advanced on another front Wednesday, as the state Assembly named the law firm of Davis Polk & Wardwell to lead an impeachment investigation.

One of the Davis Polk attorneys, Greg Andres, was part of Robert Mueller's special counsel team investigating Russian interference in the 2016 election, and he lead the successful prosecution of former Trump campaign chairman Paul Manafort.

Gov. Cuomo got his vaccine in Harlem today as the investigation into allegations of sexual harassment and inappropriate behavior continues, Andrew Siff reports

The choice attracted some controversy, though. Chief Judge Janet DiFiore, a Cuomo ally, is married to former long-time Davis Polk partner Dennis Glazer -- and DiFiore would participate in an impeachment trial if one happened. (The court system issued a statement insisting there was no conflict.)

The appointment was panned by one of the women who has accused Cuomo of sexual harassment, Lindsey Boylan, who said she wouldn’t cooperate with the inquiry.

“What would be the point of survivors talking to investigators of your sham investigation @CarlHeastie?” Boylan tweeted. “I am in conversation with other women who have no interest in your corrupt, cynical ‘investigation.’ Hard pass.”

Boylan tweeted that she believes the Assembly’s decision to task its Judiciary Committee with investigating the governor “is not designed to be transparent or to move fast, and there’s nothing @NYGovCuomo wants more than time.”

“Many of us have not put our whole lives on the line for this crap. I certainly have not and will not,” she tweeted. 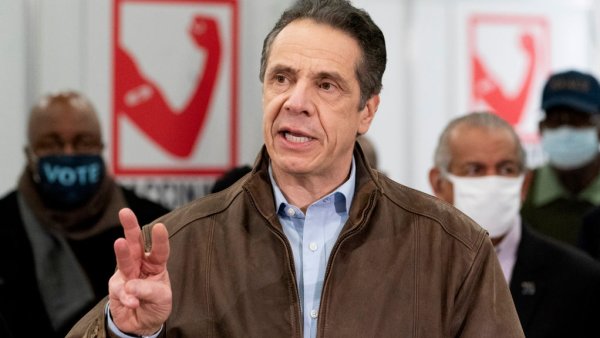 Biden: Cuomo Should Resign If Allegations Are Found to Be True, Might Face Prosecution 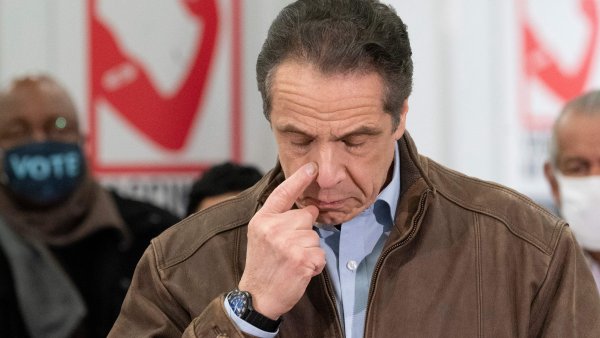 Attorneys for Bennett were also concerned that the law firm was too closely aligned with Cuomo, in relation to the firm’s past affiliation with Glazer, a Cuomo political appointee. Glazer was at the law firm for 30 years before his retirement. Cuomo appointed him to the board of a state university and a board that helped pick the sites of casinos.

“This is an unacceptable conflict of interest,” said Bennett’s lawyer, Debra Katz. “While Ms. Bennett is committed to cooperating with all appropriate governmental inquiries, including the impeachment investigation, the involvement of Davis Polk gives her pause.”

Cuomo, in a conference call with reporters Wednesday, said he would not take any questions or make any comments on the inquiry.

"I'm not going to resign. Find out the facts and we'll take it from there," he said.

Cuomo has repeatedly denied touching any woman without their consent.