Trump Bans Foreign Travelers From Europe, Except UK, Over Coronavirus

After Trump's address, the U.S. Department of Homeland Security said the restrictions only apply to foreign nationals and not U.S. citizens, green card holders or the family of U.S. citizens

Taking drastic action Wednesday, President Donald Trump announced he is cutting off travel from Europe to the U.S. and moving to ease the economic cost of a viral pandemic that is roiling global financial markets and disrupting the daily lives of Americans.

Trump made the announcement that he is partly suspending travel from Europe, except the United Kingdom, to the U.S. for 30 days beginning at midnight on Friday during a rare Oval Office address to the nation. After days of playing down the threat, he blamed the European Union for not acting quickly enough to address the novel coronavirus and claimed that U.S. clusters were “seeded” by European travelers.

“We made a lifesaving move with early action on China," Trump said. "Now we must take the same action with Europe.” 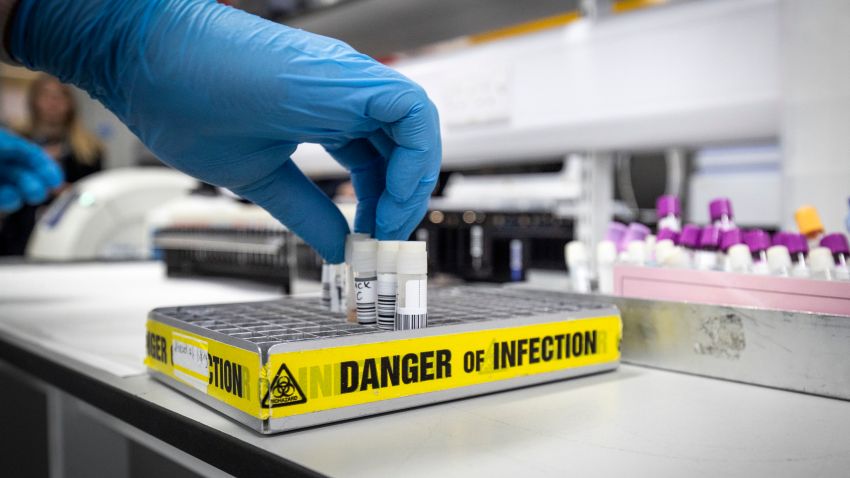 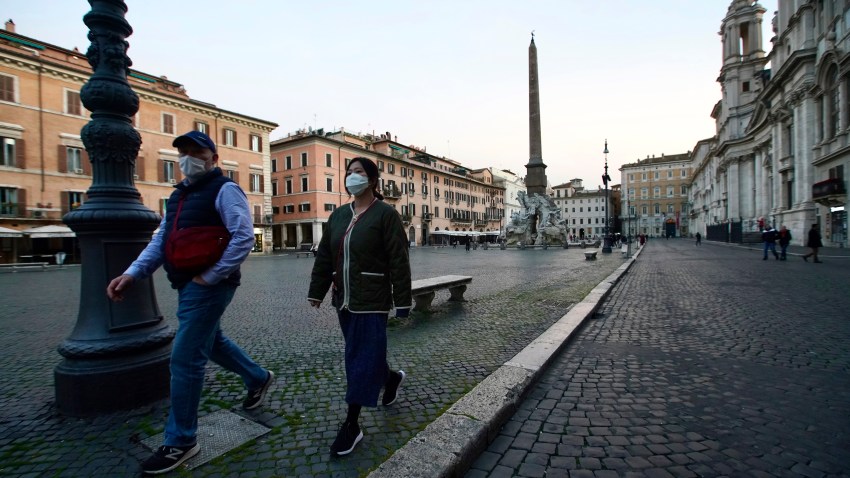 After Trump's address, the U.S. Department of Homeland Security said the restrictions only apply to foreign nationals and not U.S. citizens, green card holders or the family of U.S. citizens, NBC News reports.

“The actions President Trump is taking to deny entry to foreign nationals who have been in affected areas will keep Americans safe and save American lives," DHS Acting Secretary Chad F. Wolf said in a statement. "While these new travel restrictions will be disruptive to some travelers, this decisive action is needed to protect the American public from further exposure to the potentially deadly coronavirus."

In his address, Trump initially said his administration would be "suspending all travel from Europe to the United States for the next 30 days," except for "Americans who have undergone appropriate screenings," "trade and cargo" and the United Kingdom.

The White House joined the U.S. Department of Homeland Security in tweeting clarification about who the travel restrictions will apply to.

After he spoke, the White House canceled a planned trip by the president to Nevada and Colorado this week, “out of an abundance of caution.”

The Defense Department announced two-month travel restrictions would begin Friday for service members, DoD civilians and families traveling to or from "Level 3" locations designated by the Centers for Disease Control and Prevention.

The mounting effort to contain the virus and financial fallout intensified on a grueling day: Communities canceled public events nationwide, universities moved to cancel in-person classes, and families grappled with the impact of disruptions to public schools. The number of confirmed cases of the infection topped 1,000 in the U.S. and the World Health Organization declared the global crisis is now a pandemic.

In a week of mixed messages and false starts, as government officials warned in increasingly urgent terms that the outbreak in the U.S. will only get worse, Washington suddenly seemed poised to act.

Congress, for its part, unveiled a multibillion-dollar aid package Wednesday that was expected to be voted on by the House as soon as Thursday.

"I can say we will see more cases, and things will get worse than they are right now," Dr. Anthony Fauci, director of the National Institute of Allergy and Infectious Disease, said in testimony before the House Oversight and Reform Committee. He said the virus is "10 times more lethal than the seasonal flu.”

WHO Director-General Tedros Adhanom Ghebreyesus addressed the media Wednesday and asserted that he now thinks it is appropriate to characterize COVID-19 as a pandemic.

Trump spoke after days of confusion in Washington amid mounting calls on the president to demonstrate greater leadership. In the hours leading up to his remarks, White House aides struggled to determine what action the president could take unilaterally and what required congressional action, as Trump personally weighed the public and political reactions to the options before him.

Trump said he was also directing agencies to provide unspecified financial relief for “for workers who are ill, quarantined or caring for others due to coronavirus," and asked Congress to take action to extend it.

Trump said the U.S. will defer tax payments for some individual and business filers for three months to lessen the impacts of the virus outbreak. He said the Small Business Administration will also make low-interest loans available to businesses to help them weather the storm.

"This is not a financial crisis," he said. "This just a temporary moment of time that we will overcome together as a nation and as a world."

Trump also reiterated his call on Congress to pass a cut to the federal payroll tax in order to stimulate the economy, though that proposal was dismissed by many lawmakers on both sides of the aisle. He remained silent on his previous calls to provide assistance to industries hard-hit by the pandemic like airlines and cruise ships.

On Capitol Hill, House Speaker Nancy Pelosi unveiled an economic assistance plan that was gaining bipartisan backing. Central to the package is free coronavirus testing nationwide and emergency funding to reimburse lost paychecks for those self-quarantining, missing work or losing jobs amid the outbreak.

The draft legislation would create a new federal emergency sick leave benefit for people with the virus or caring for a coronavirus victim. It would provide two-thirds of an employee's monthly income for up to three months. 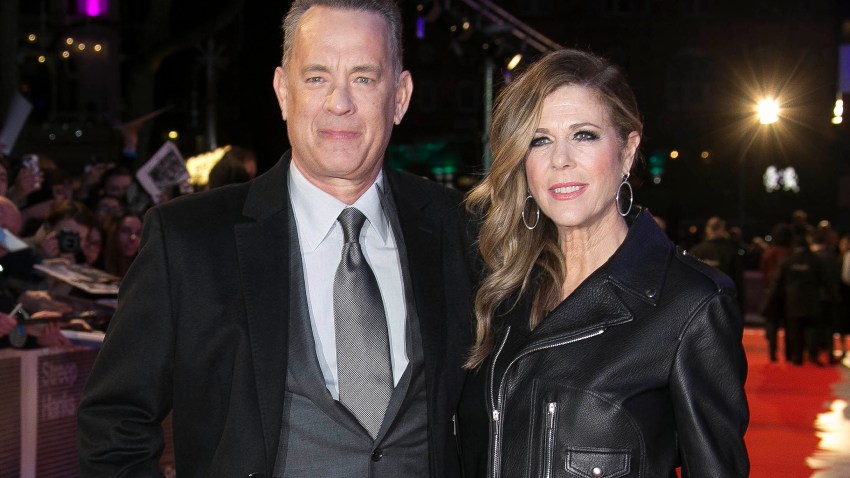 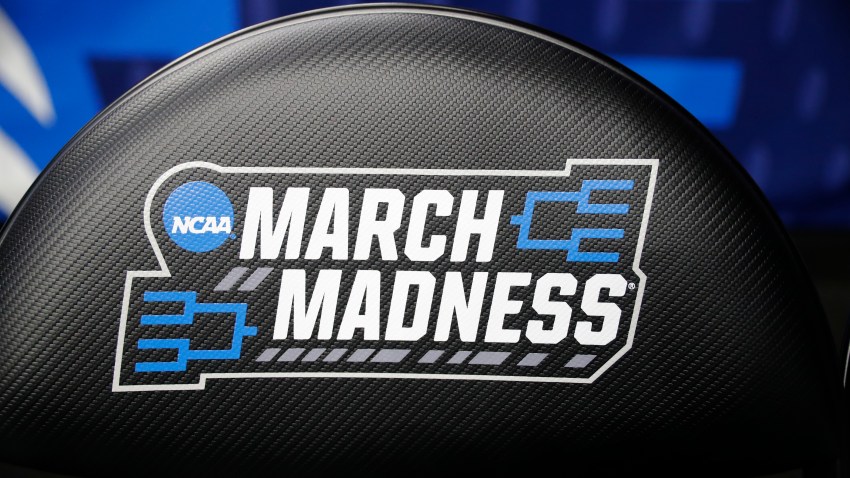 NCAA Tournaments to Be Held Without Fans Amid Coronavirus Outbreak

Facing a likely surge in unemployment claims, the package would also give states money for the newly jobless. It would provide additional funding for food and nutrition benefits for pregnant women, mothers and young children. It also would up money for “meals on wheels” and food for low-income elderly people.

“This is a little bit like a hurricane, and we need to cover these outside of normal expenses,” Mnuchin said.

The administration had floated several other strategies, including the rare idea of declaring a national disaster that could potentially unlock funding streams, according to a person unauthorized to discuss the planning and granted anonymity. But Trump ultimately opted against taking that step Wednesday.

Surgeon General Jerome Adams addressed the media on Tuesday at a joint press conference with Vice President Mike Pence and other officials in the Trump administration working to respond to the Coronavirus outbreak.

A major disaster declaration provides additional authorities for federal agencies, including the military, to assist in responding to an emergency, including medical care, sheltering and distributing goods.

The administration also rolled out new recommendations for the communities most impacted by the virus in Washington state, New York and California, while authorizing Health and Human Services Secretary Alex Azar to take whatever steps necessary to increase the supply of face masks available to doctors and nurses by providing them with masks intended for industrial use.

Mnuchin noted that Trump's executive authorities are “quite significant" and said the administration would be rolling out “various proposals."

As pressure mounted for Washington to respond, the GOP leader in the House, Rep. Kevin McCarthy of California, signaled potential Republican support for the funding package in Congress.

“We need to do something," McCarthy said. "I think they could become very bipartisan.”

For most people, the new coronavirus causes only mild or moderate symptoms, such as fever and cough. For some, especially older adults and people with existing health problems, it can cause more severe illness, including pneumonia.

The vast majority of people recover from the new virus. According to the World Health Organization, people with mild illness recover in about two weeks, while those with more severe illness may take three to six weeks to recover.

Congress' attending physician told staff there could be 70 million to 100 million coronavirus cases in the U.S. That's on par with other estimates. A Harvard official has estimated that 20% to 60% of adults will get the virus, noting it's “a pretty wide range.”

In Washington, tourists still arrived at the U.S. Capitol, but an official unauthorized to discuss the situation and speaking on condition of anonymity confirmed that tours would soon be shut down.