Thousands of grocery boxes will continue to be delivered each week

To date, the initiative, which launched in March in response to the pandemic, has distributed 4.3 million pounds of food to New Yorkers in need, which translates to the distribution of over 215,000 boxes of food to New York City. Additionally, the partnership has created nearly 40 full-time jobs.

The success of the program has led New York City to commit to funding the program through September 2020.

New York City has paid $5 million for these 4.3 million pounds of food thus far, and the extension through September will bring the total contract value with FreshDirect, an online grocer, to approximately $9 million. 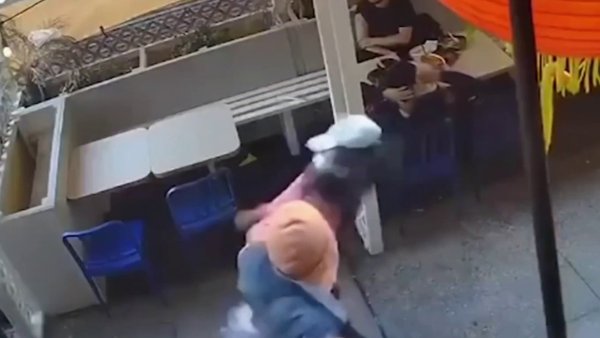 Hate Crimes Up 100% From 2020, With Anti-Asian and Antisemitic Attacks Fueling Spike

In March, as a direct response to the coronavirus health crisis, FreshDirect developed and launched “Operation 5-Borough Food Drive” in partnership with the five New York City borough presidents, who direct the food donations to partner institutions in each of their communities.

The economic fallout due to the pandemic has caused additional families to face food insecurity not only in New York City, but throughout the tri-state area and other regions of the country.

“Food insecurity in New York City has almost doubled since the beginning of the COVID-19 crisis,” FreshDirect CEO David McInerney said. “There has never been a more important time to continue our ‘Operation 5-Borough Food Drive’ together with the city and the Borough Presidents. As a food company, we want to do everything we can to provide healthy, fresh food to those in need, especially during such a challenging time for so many.”

According to Manhattan Borough President Gale A. Brewer, the partnership has provided relief during the pandemic.

“FreshDirect's initial impulse to donate food in the earliest days of the crisis has evolved into their current contract to deliver hundreds of boxes of food as part of the GetFoodNYC programs," Brewer said. "Like so many others, they've literally been lifesavers during the pandemic."

During this difficult time, volunteers set up boxes of groceries of food to feed families in need, Pei-Sze Cheng reports.

The program consists of weekly deliveries of thousands of grocery boxes Monday through Friday. The packages arrive by FreshDirect vehicles to locations designated by each of the borough presidents and their offices.

“During this crisis, our partnership with FreshDirect has been one of the key ways we’ve provided New Yorkers with access to fresh fruits and vegetables,” Sanitation Commissioner Kathryn Garcia, who oversees the FreshDirect partnership in her capacity as the City’s COVID-19 Food Czar, said. “This program has allowed the Borough Presidents to get nutritious food to people who need it across the city, and I’m glad we are able to support its continuation into the fall.”

The offices of the borough president or the partnering organizations will continue to manage community outreach.

“We are so grateful to FreshDirect for their ongoing commitment during this challenging time. With our partners, Catholic Charities and Community Health Action, we are thankful for the opportunity to be able to continue to serve the hungry on Staten Island with nutritious meals while the need continues to increase,” Staten Island Borough President James Oddo said.