New restrictions begin Wednesday for parts of New York City as COVID-19 patients overwhelm hospitals in one of its boroughs, prompting Gov. Andrew Cuomo to reopen an emergency field hospital as health officials anticipate another surge in the states rising infection rate.

Yellow and orange restrictions come to businesses midweek in a handful of counties in New York City and Long Island but the changes to schools won't start until the Thanksgiving holiday, Cuomo tweeted. Parts of Staten Island and Syracuse will move into orange zones, with indoor dining closing in those areas, while parts of Upper Manhattan, Riverhead, Hampton Bays, Great Neck and Massapequa Park move to yellow.

Westchester and Orange County were put on alert. If things don't improve each county could see a number of communities go orange or red. The latter designation closes all non-essential businesses.

The wave of new restrictions for some communities comes as hospitalizations linked to the virus in New York have climbed from 1,227 to 2,724 over the past three weeks. On its current trajectory, Cuomo believes that number could reach 6,047 within three weeks.

"How do you forget about all the pain that we went through. If we're not careful we will go back there," Cuomo stressed. "We were storing bodies in refrigerated truck. 800 people died in one day."

Top of mind for the governor is what he coined Monday as the "37 days of socialization": a several week period over the holidays that could send the state's numbers on an unpredictable tailspin. Cuomo said the state recorded 5,906 new cases, bringing New York's total past 600,000 on day after the entire tri-state broke 1,000,000.

The area of New York City that has been a particular concern for Cuomo is Staten Island, where large sections of the borough were already a yellow zone. Staten Island has averaged 209 new cases of COVID-19 per day over the past seven days — up 86% from two weeks ago. One ZIP code on the island (10308 — Great Kills) has a seven-day positivity rate of more than 7.1 percent, while nearly half of all NYC ZIP codes have a rate of three percent or higher.

At the request of hospitals there, Cuomo announced on Monday the reopening of an emergency facility for COVID patients at South Beach. More than 250 patients received treatment at the facility in the spring, state officials said, which is located across from Staten Island University Hospital. It was initially built as a long-term psychiatric facility, but never opened because the pandemic hit. The field hospital is expected to open up to COVID patients by Tuesday or Wednesday this week.

"Over the last really two weeks we've seen a dramatic rise in the number of people that are requiring in-patient care in the hospital. This has forced us to create additional capacity for those patients and to make sure we can care for all our patients," Dr. Ardolic said. "On the second of this month, we actually had 23 people, and today we have over 100. So you're talking about a fairly significant increase over a fairly short period of time."

Staten Island University Hospital’s north campus reported 88 COVID-19 patients as of Saturday, taking up about one-fifth of the hospital’s 472 beds, according to state data. That’s more than triple the number it had on Nov. 1.

“It’s about life and death,” Cuomo said, imploring New Yorkers to make the safest decision for the holiday and stay home. "This is a toxic cocktail of dynamics and facts."

New Jersey Gov. Phil Murphy said the same Monday, noting that for all the restrictions the state has put in place, people ultimately have to do the right thing themselves.

The state also warning those who have loved ones in nursing homes or long-term care facilities: Don't take them out from the centers for Thanksgiving, because their relative will have to go into 14-day quarantines in a single bed COVID-unit upon returning — if there even is a room available. If not, the centers will require the families to continue to care for their loved ones at home. Nearly all nursing homes in the state have also been told to ban visitors for the time being.

But the public does not appear to be heeding many of the pleas. TSA data show more than 900,000 people flew each day from last Thursday through Monday, the highest five-day stretch of travel volume since mid-March. Sunday's 1.048 million travelers was the highest single-day figure since March 16.

New York City Sheriff Joseph Fucito said Tuesday there would be a blitz at transit hubs in the days before and after Thanksgiving to ensure travelers were completing the required forms and going into quarantine as necessary. He also said deputies would conduct spot checks on cars and buses to ensure compliance -- and threatened fines of up to $2,000 for those caught not obeying quarantine orders.

Gov. Andrew Cuomo outlined upcoming restrictions in parts of New York City as COVID-19 patients began to overwhelm hospitals ahead of the holiday season, a period in which the governor and health officials anticipate another surge in the state's and country's rising infection rate.

Comparing the expected uptick in coronavirus cases following Thanksgiving gatherings to the average American gaining weight after the holidays, Cuomo warned Sunday "it's literally up to you" to control the spread of the virus by following public health guidelines that have been repeated over and over for the past nine months.

"So what if the rate goes up? So what?," Cuomo rhetorically asked Sunday at his coronavirus briefing. "The rate goes up; there are more restrictions to slow the economy -- that's bad for business. Rates go up, you overburden the hospital system, you overburden doctors, nurses, you can have possible equipment supplies. Numbers go up and people die. People die. Period."

Warning people to follow the rules and keep an eye on their community's infection rate is the best he can do, he added. His grim warning comes as New York, New Jersey and Connecticut collectively reached one million positive coronavirus cases, a milestone met only by California and Texas.

New York has been ramping its testing capacity since the start of the pandemic but there has been an obvious surge in interest to get tested over the past week. Whether it's concern over the spike in cases in and around the city or the upcoming holiday, people across New York City reported long lines at a number of COVID testing sites, with some experiencing wait times 3-4 hours long. 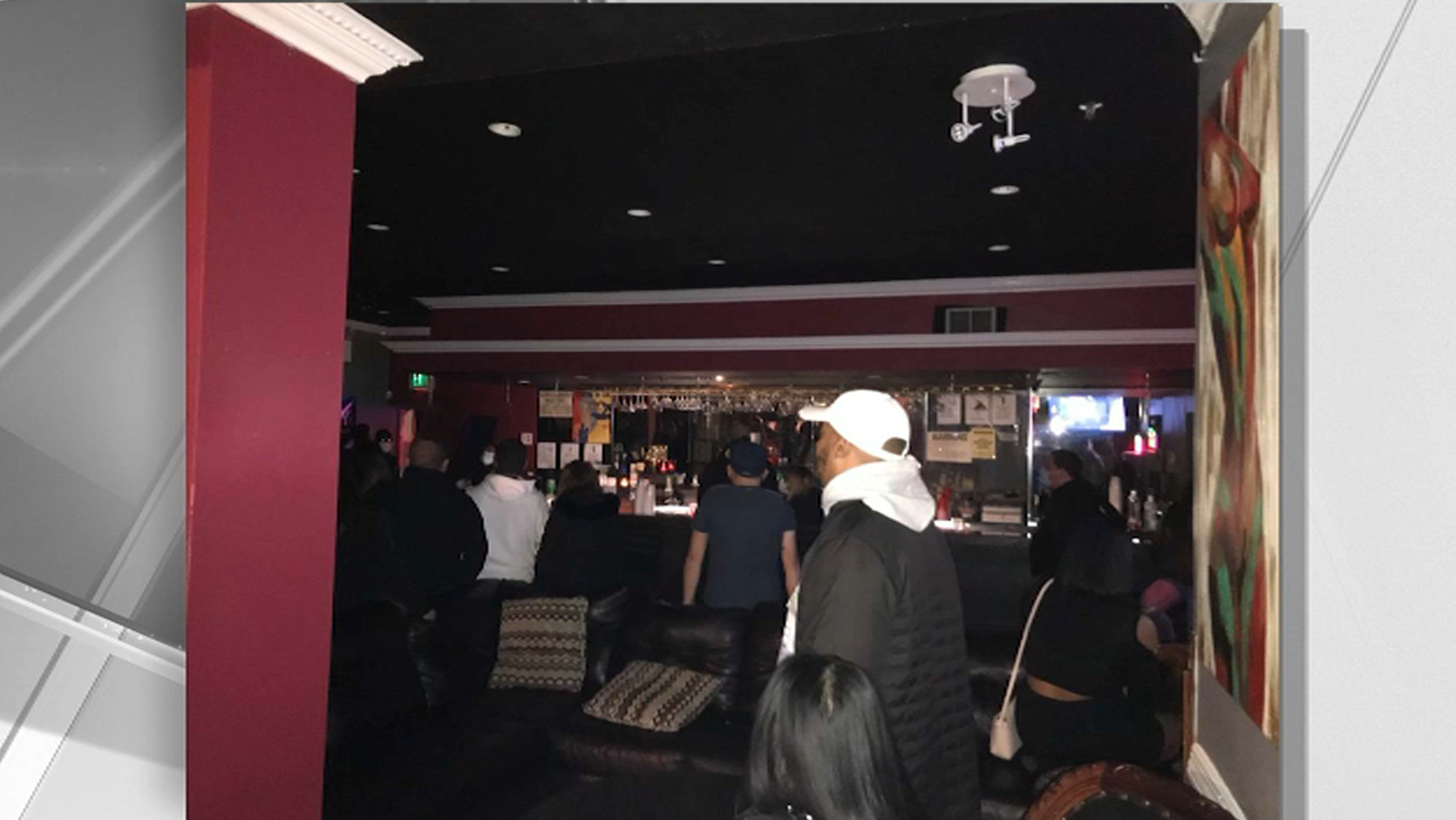 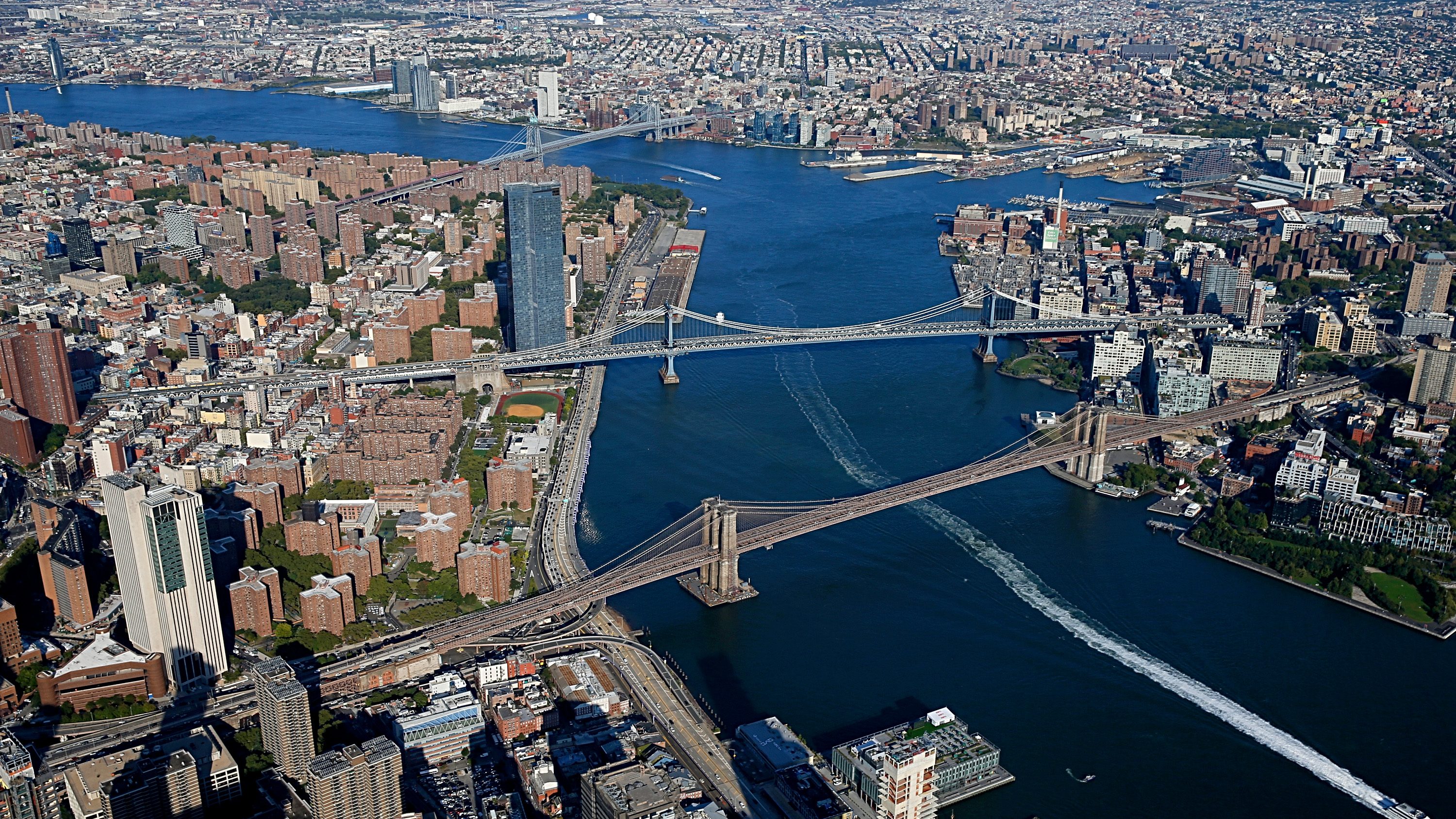 Small social gatherings at private homes are the third "great spreader" identified by contract tracing, Cuomo said. Those have since been capped at 10 people.

Potential consequences from those interactions during Thanksgiving will begin to show up between Dec. 1 to Dec. 10, the governor warned, and the collective impact of the holiday "period of hyper social activity" will surface after New Year's Eve.

Mayor Bill de Blasio reiterated his belief Tuesday that New York City would become an orange zone by state standards in the coming weeks. The state's rules of an orange zone allow schools to reopen under extensive testing, he said. To ready that possibility, he pleaded with families to fill out test consent forms.

When, and if, schools in the city get the green light, the mayor said reopening will start with District 75 schools and special needs students, then early childhood education, 3K and pre-K, before moving to elementary and the rest of schools.

As the country’s uncontrolled spread led the Centers for Disease Control and Prevention to renew calls for Americans not to travel for Thanksgiving, the United States topped 12 million cases of COVID-19 over the weekend, according to a tally by NBC News.

The virus positivity rate continues to rise steadily in the tri-state. New Jersey and Connecticut are above 3 percent, and New York is approaching that benchmark. Adam Harding reports.

Thus far, the U.S. has recorded nearly 259,000 COVID-related deaths, according to NBC News.

In a bit of promising news, Dr. Moncef Slaoui, head of Operation Warp Speed, told CNN that the Pfizer and BioNTech vaccine could be approved and ready for immunizations as soon as Dec. 12.