Some pharmacies giving out the shots reported that their phone lines were jammed with customers seeking the vaccine, and even appointments between the hours of midnight and 4 a.m. at the New York City’s two 24-hour vaccination sites quickly filled

New Yorkers battered by months of isolation and worry eagerly snapped up limited chances to get the COVID-19 vaccine as the state began its first mass inoculations of older people and many essential workers.

Monday marked the first day of universal eligibility for all people age 75 and up and a much longer list of workers, including transit employees, grocery clerks, teachers, police officers, firefighters and others.

Some pharmacies giving out the shots reported that their phone lines were jammed with customers seeking the vaccine. Even appointments between the hours of midnight and 4 a.m. at the New York City’s two 24-hour vaccination sites quickly filled.

“It gives you hope,” said David Garvin, who turns 80 on Saturday and got his shot at a Brooklyn site. “I’ve been in my room for six months.” 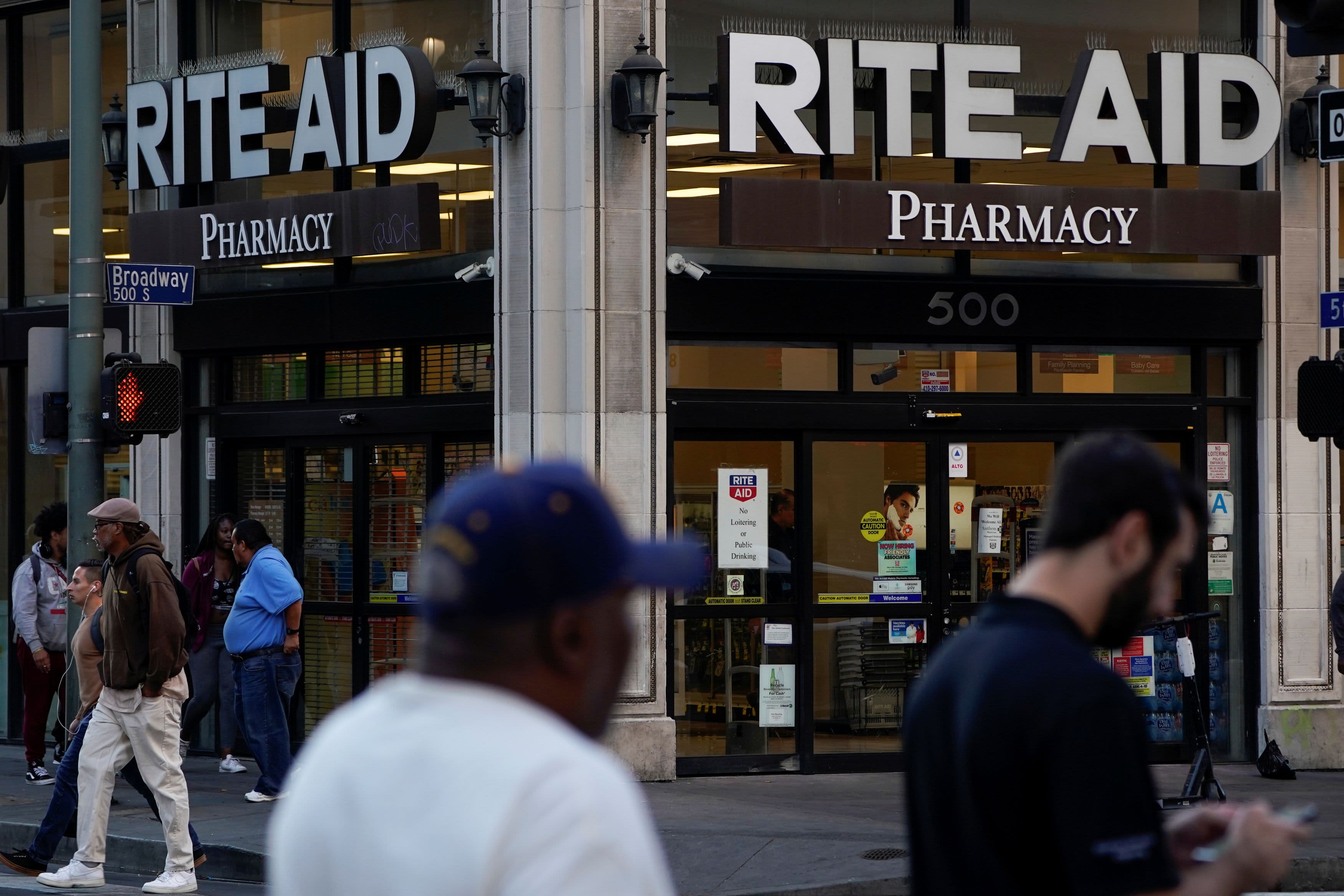 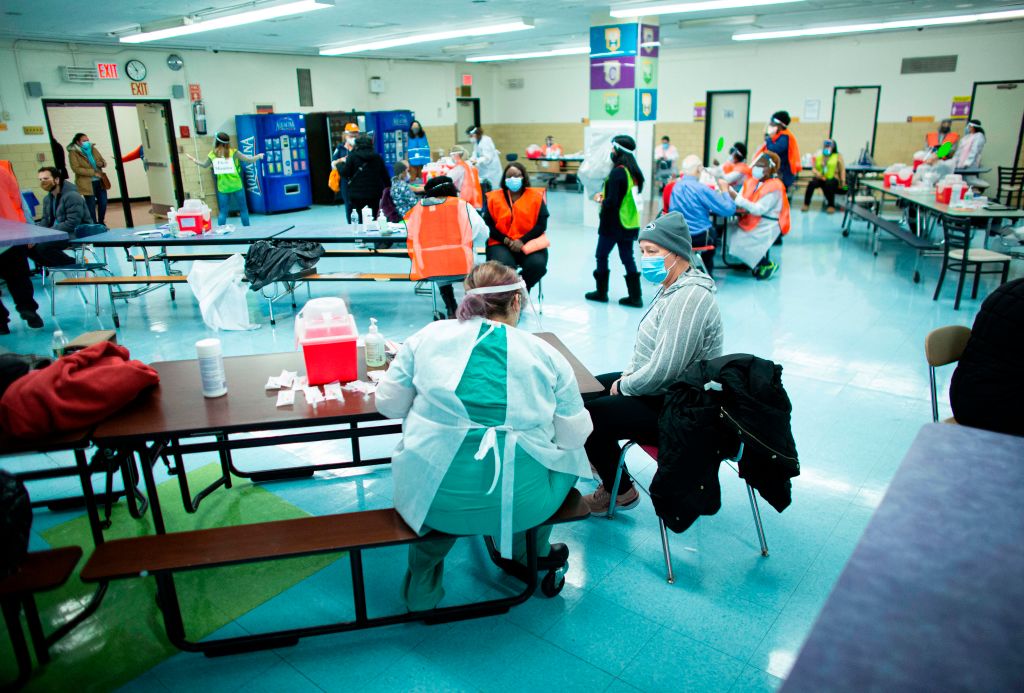 Rachel Batson, a 34-year-old English teacher, briefly choked up with emotion after getting her shot.

“I’m just really grateful to feel like I’m getting my life back, on some level,” she said.

State officials announced that new vaccination sites will be opening across the state, including at the State Fairgrounds in Onondaga County, a convention center in Westchester County and at Jones Beach on Long Island. Vaccinations are available only by appointment at all of the sites.

Around 500 pharmacies statewide will begin offering the shots this week, Gov. Andrew Cuomo announced. Another 700 have agreed to participate in the future.

Around 300,000 doses of the vaccine are now arriving from the federal government for state residents each week, but Cuomo warned that with more than 4 million New Yorkers now eligible, the wait for an appointment could be as long as 14 weeks.

In Port Jefferson Station, Long Island, Fairview Pharmacy & Homecare Supply owner Michael Nastro said he was overwhelmed Monday with demand for doses after being listed on a state website as a place to get vaccinated.

“The phone system was crippled. I probably got six or seven hundred calls in about two or three hours. I mean, just totally overwhelmed. I don’t even have the product yet,” Nastro said.

Nastro, who told his story first to Newsday, said he expects to have 200 doses later this week.

The state reportedly listed at least one site by mistake: The Saratoga Springs City School District posted a notice that a middle school there was wrongly included. The upstate school district said the state corrected the mistake.

For some, the wait for an appointment was shorted than expected. New York City special education teacher Annette Vasquez said she was surprised Sunday to be able to book an appointment for Monday, the first day New York teachers were eligible.

“I was expecting March or maybe April,” said Vasquez, 58.

She knows some people are holding off, wanting to see how others fare with the vaccine before getting it themselves, but she didn’t hesitate: “I think it’s the right thing to do. You’d better try anything that might help you than not try anything at all.”

Chuck Haughwout, for one, is “100% eager” to get vaccinated after learning Monday that he and other grocery store workers are now eligible.

“For me, it’s a no-brainer,” said Haughwout, 57, a produce manager at a Long Island supermarket. He started looking Monday for an appointment and hopes to get one this week.

After Gov. Cuomo and Mayor de Blasio went back and forth over vaccine expansion, a new group started getting their first doses Monday. NBC New York's Greg Cergol reports.

Nearly a year of working in the confines of the aisles amid thousands of customers a day, some of whom disregard social distancing, has been nerve-wracking and mentally draining, said Haughwout, who’s on the board of the United Food and Commercial Workers Local 1500 union. Just reducing that worry and fatigue by getting vaccinated, he thinks, will make him “a healthier person.”

More vaccination sites are being set up around the New York City as well, with the goal of administering 1 million doses this month, Mayor Bill de Blasio said.

Gov. Andrew Cuomo announced the eligibility expansion Friday, after a week of sparring between the Democratic governor and mayor over whether the criteria should be broadened beyond health care workers and nursing home residents and staffers.

Now that more people are allowed to get the shots, de Blasio said the federal government and vaccine makers must send more doses to keep up with demand. He said the city has enough vaccine on hand to last into next week.

Tessa Huxley said she felt “immensely relieved” as she wheeled her 95-year-old, newly vaccinated mother out of the Brooklyn site. The elder woman has dementia, so Huxley arranged the appointment for her and was pleasantly surprised to get one on the first possible day.