"We’ve been doing testing of the essential workers to see if we have a problem anywhere. And, good news has been the frontline workers are testing [positive] at lower rates than the general population," Cuomo said during his daily coronavirus press briefing.

According to state data shared by the governor, 14.2 percent of transit workers in downstate tested positive for COVID-19 antibodies, meaning they had the virus at one point, compared to 19.9 percent of New York City's general population. Additionally, downstate healthcare workers had an even lesser percentage, with 12.2 percent having antibodies. 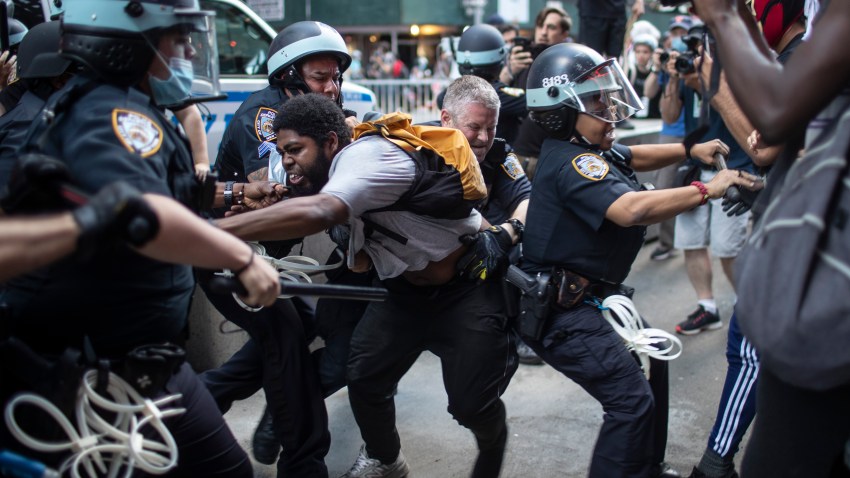 "Think about that. Nurses, doctors in emergency rooms: 12 percent. You know what that means? That means PPE works. Masks work. Gloves work. Hand sanitizing works," Cuomo said. "How do healthcare workers have a lower percentage of infection than the general population? Because people don’t wear [masks] at home and they don’t take the same precautions."

Cuomo said, citing data, that 10.5 percent of the NYPD and 17.1 of the FDNY/EMT members tested positive for antibodies compared to the city's general population rate.

A total of 2,750 members of the New York State Police also took the test.

"We then sampled the New York State Police who’ve been doing extraordinary work. We sampled 2,700 which is a large sample of the state police. Only 3 percent tested positive," he said. "So that is also very good news."

The governor also said that employees at the Department of Corrections were also tested.

"We’ve also been very careful because prisons are a congregate population. Wherever you have those gatherings, that’s where we see that virus spread. So we did a test of those people who work at the Department of Corrections, primarily corrections officials. We sampled over 3,000."

The governor said that of those who underwent the antibody testing, 7.5 percent tested positive, which, once again, falls under the upstate general population rate of 12.3 percent.

"That should give us all some piece of mind that the essential workers that are out there are doing fantastic work for us and we’ve made sure that they are protected in the work that they are doing," Cuomo said.