U.S. voters went to the polls starkly divided on how they see President Donald Trump’s response to the coronavirus pandemic. But in places where the virus is most rampant now, Trump enjoyed enormous support.

The development comes as the U.S. deals with the worst spate of infection surges since the start of the pandemic. Over 120,048 new COVID-19 cases were reported Thursday, surpassing the brief daily cases record of 104,296 recorded Wednesday.

An Associated Press analysis reveals that in 376 counties with the highest number of new cases per capita, the overwhelming majority — 93% of those counties — went for Trump, a rate above other less severely hit areas.

Most were rural counties in Montana, the Dakotas, Nebraska, Kansas, Iowa and Wisconsin — the kinds of areas that often have lower rates of adherence to social distancing, mask-wearing and other public health measures, and have been a focal point for much of the latest surge in cases.

Taking note of the contrast, state health officials are pausing for a moment of introspection. Even as they worry about rising numbers of hospitalizations and deaths, they hope to reframe their messages and aim for a reset on public sentiment now that the election is over.

“Public health officials need to step back, listen to and understand the people who aren’t taking the same stance” on mask-wearing and other control measures, said Dr. Marcus Plescia of the Association of State and Territorial Health Officials.

“I think there’s the potential for things to get less charged and divisive," he said, adding that there’s a chance a retooled public health message might unify Americans around lowering case counts so hospitals won’t get swamped during the winter months.

“I think there’s the potential for things to get less charged and divisive," he said, adding that there’s a chance a retooled public health message might unify Americans around lowering case counts so hospitals won’t get swamped during the winter months.

The AP’s analysis was limited to counties in which at least 95% of precincts had reported results, and grouped counties into six categories based on the rates of COVID-19 cases they’d experienced per 100,000 residents.

Polling, too, shows voters who split on Republican Trump vs. Democrat Joe Biden differed on whether the pandemic is under control.

Thirty-six percent of Trump voters described the pandemic as completely or mostly under control, and another 47% said it was somewhat under control, according to AP VoteCast, a nationwide survey of more than 110,000 voters conducted for the AP by NORC at the University of Chicago. Meanwhile, 82% of Biden voters said the pandemic is not at all under control.

Trump voters interviewed by AP reporters said they value individual freedom and believed the president was doing as well as anyone could in response to the coronavirus.

Michaela Lane, a 25-year-old Republican, dropped her ballot off last week at a polling site at an outdoor mall in Phoenix. She cast her vote for Trump.

“I feel like the most important issue facing the country as a whole is liberty at large,” Lane said. “Infringing on people’s freedom, government overrule, government overreach, chaos in a lot of issues currently going on and just giving people back their rights.”

About half of Trump voters called the economy and jobs the top issue facing the nation, roughly twice the percentage who named the pandemic, according to VoteCast. By contrast, a majority of Biden voters — about 6 in 10 — said the pandemic was the most important issue.

In Madison, Wisconsin, Eric Engstrom, a 31-year-old investment analyst and his wife, Gwen, voted absentee by mail in early October.

Trump’s failure to control the pandemic sealed his vote for Biden, Engstrom said, calling the coronavirus the most immediate threat the nation faces. He and his wife are expecting their first child, a girl, in January and fear “the potential of one of us or both of us being sick when the baby is born,” he said. 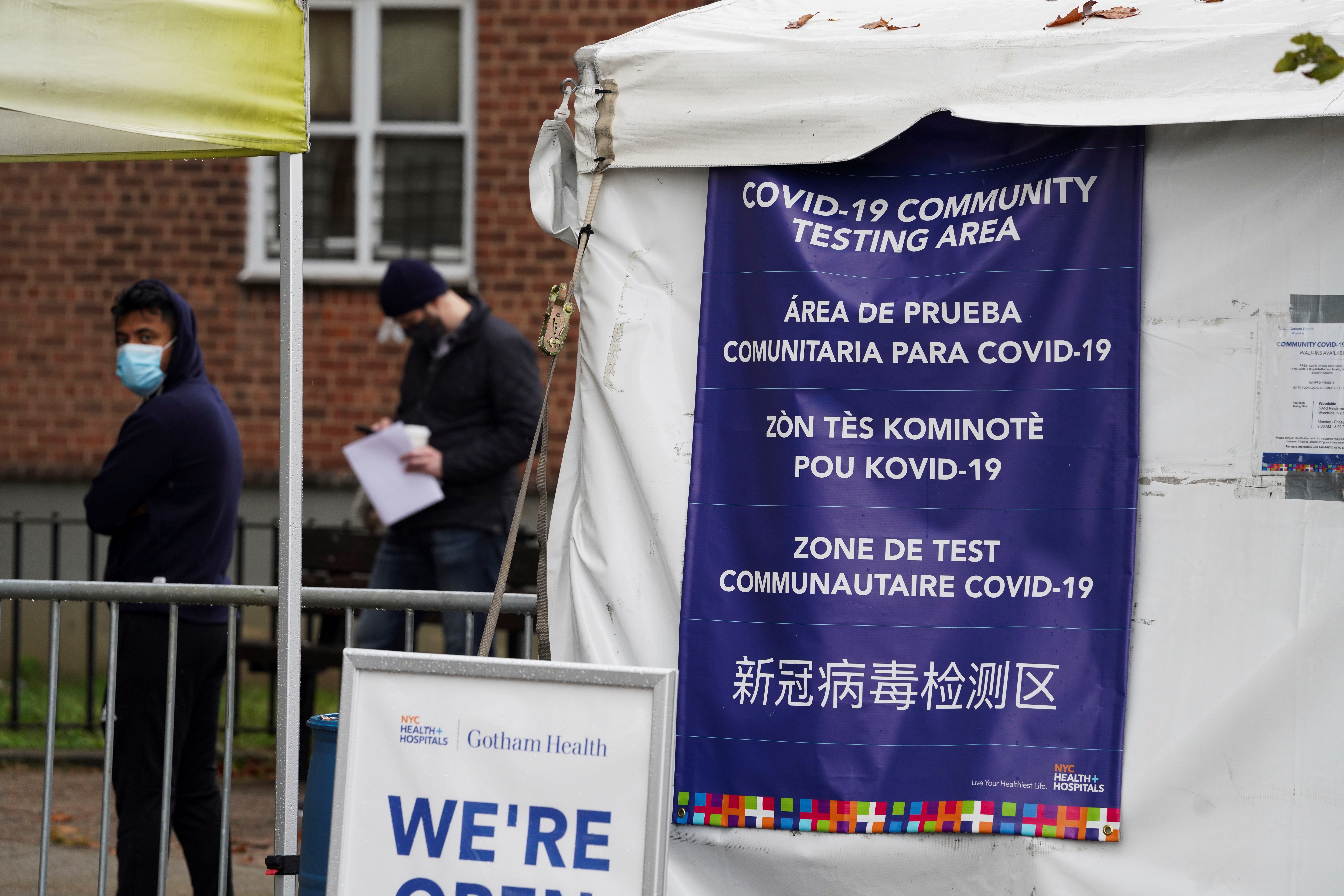 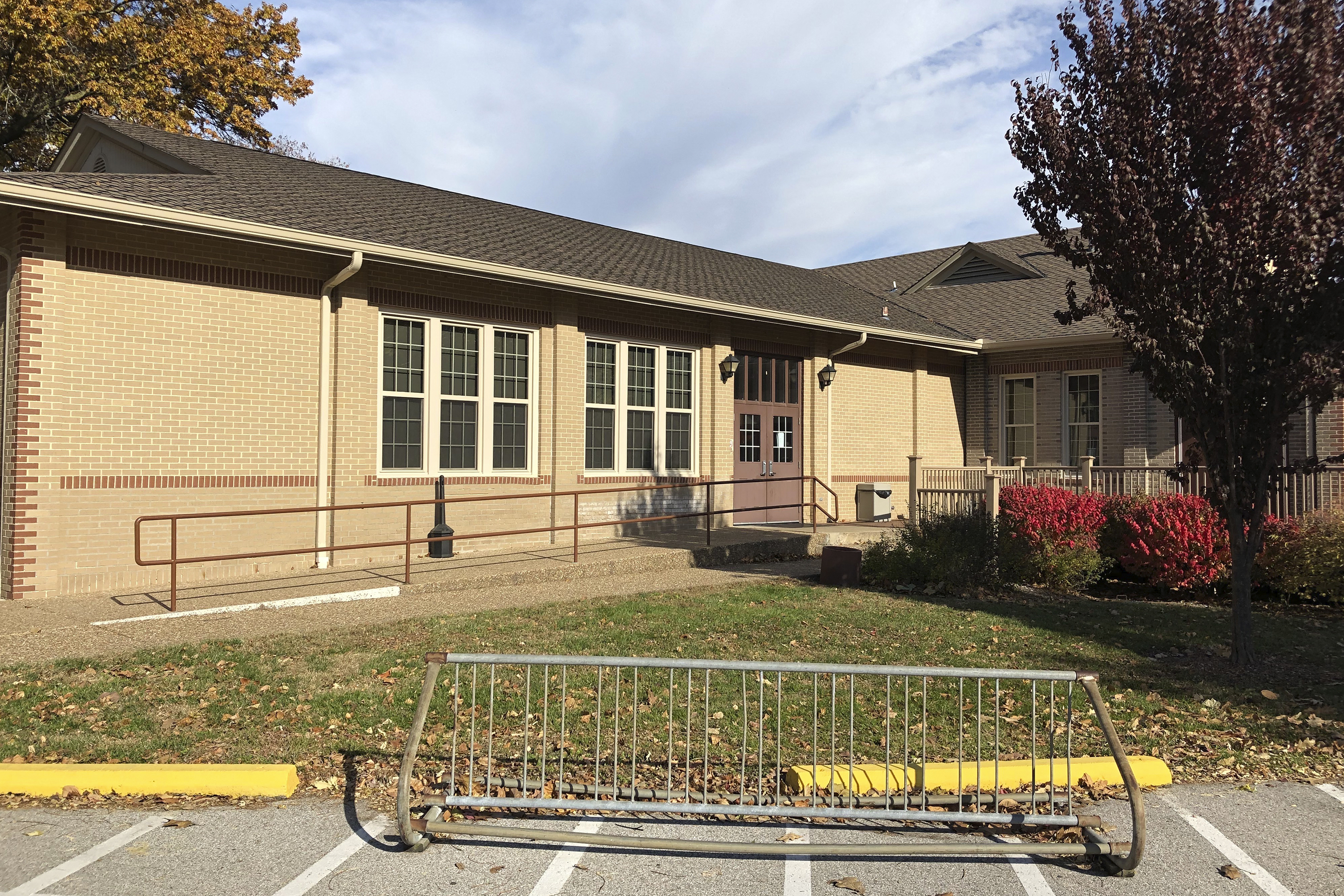 Engstrom called Trump's response to the virus abysmal. “If there was any chance that I was going to vote for Trump, it was eliminated because of the pandemic,” he said.

The political temperature has added to the stress of public health officials, Plescia said. “Our biggest concern is how long can they sustain this pace?” he said.

Since the start of the pandemic, 74 state and local public health officials in 31 states have resigned, retired or been fired, according to an ongoing analysis by AP and Kaiser Health News.

As the election mood dissipates, rising hospitalizations amid colder weather create “a really pivotal moment" in the pandemic, said Sema Sgaier, executive director of the Surgo Foundation, a Washington, D.C.-based nonprofit that worked with Harvard University-affiliated Ariadne Labs to develop a tool for estimating vaccine needs in states.

“We really need to get our act together. When I say ‘we’ I mean collectively,” Sgaier said. Finding common ground may become easier if one of more of the vaccine candidates proves safe and effective and gains government approval, she said.

Dr. Anthony Fauci may be another unifying force. According to VoteCast, 73% of voters nationwide approve of the way Fauci, the director of the National Institute of Allergy and Infectious Diseases, has been handling the pandemic.

Even among Trump voters, 53% approve of Fauci's performance. About 9 in 10 Biden voters approve.