After seeing a neighbor dancing on her roof, one Brooklyn man decided to introduce himself via drone — and the two went on a somewhat virtual date, which was shared on Tik Tok

It may feel like a dark time for many in the tri-state as coronavirus continues to spread, infecting thousands and killing hundreds, but it's times like these when the little bits of light can make all the difference — especially when it's done in the name of love.

Jeremy Cohen was alone sitting at home (something everyone is all-too familiar with recently) in Brooklyn when he looked out his window and saw his next door neighbor, a stranger, dancing.

"I looked out on the street, saw this girl dancing. I needed to say hi to her," Cohen told NBC New York. "I waved to her and she waved back.  I said how can I get in contact with her."

Cohen said he quickly grabbed a pen and wrote down his number on a piece of paper. To document everything, he did what many 20-somethings would do: go on Tik Tok. There, he displayed how he landed the date — and that literally means landed, because he flew a drone over to her with his message.

NJ Toddler Orders Nearly $2,000 Worth of Furniture on Walmart Website 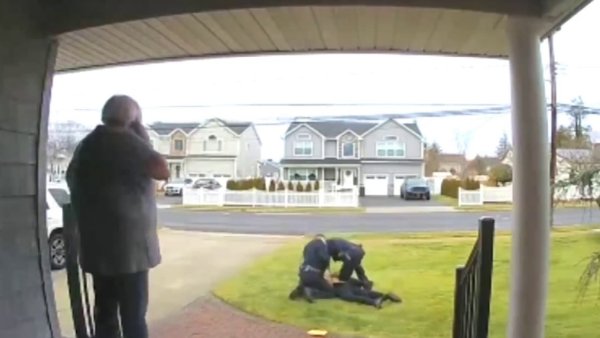 And it was a smooth landing, with the woman's reaction caught on the drone's video.

"My first impression was he’s a cool guy, I was definitely intrigued off the bat, it was the coolest thing anyone’s done for me," said Tori Cignarella.

Like the rest of the city, the (potential) Bushwick beloveds have both been in isolation for a week. They still managed to have their first date, but with a "social distancing" twist, given that they were still across the street from one another.

"We had dinner on my balcony and her roof. So we could peek over at each other, but we were also on FaceTime having a date, it was fun," said Cohen.

Cignarella said it was definitely the most unique date she had ever been on.

"It was funny because I could see him from where I was but then I'd feel weird, I was talking to him (on FaceTime) then I’d look over and I’d see him on his balcony," Cignarella said. "It was an interesting scenario for sure."

Their videos have reached nearly 30 million views, with plenty of people cheering them on from afar.

"We don’t have sports right now, so it gives people something to root for," Cohen said.

Where the relationship goes from here is anyone's guess, but for the two it's a chance to connect with another person — something badly needed right now.

"He’s definitely set the bar pretty high," Cignarella said about her coronavirus quarantine date. "No one knows what day it is anymore, it doesn't matter because we're all just at home, so it's kind of nice to kind of look forward to something."