Israel's decision to give 5,000 doses of the coronavirus vaccine to Palestinian frontline health workers is being criticized by Palestinians and rights groups as insufficient and falling short of the country's obligations.

"Israel's provision of 5,000 vaccine doses to Palestinian health workers pales in comparison to the nearly 5 million doses it has already provided to Israeli citizens," Omar Shakir, the Israel and Palestine director for Human Rights Watch, told CNBC following the announcement. The Palestinian territories are home to just over 5 million people.

Israeli Defense Minister Benny Gantz's office announced that the transfer had been approved on Sunday, marking the first such move since the country of 9 million began receiving shipments of the Pfizer-BioNTech vaccine in mid-December. Israel has since then deployed what's become the fastest vaccination campaign in the world in terms of shots per person, and says that more than a quarter of its population has had at least their first dose of the vaccine since Dec. 19.

The Palestinian Authority has not commented on the news. But up until the latest announcement, no vaccines had reached Palestinians except those living in East Jerusalem or working in the Palestinian hospitals there. 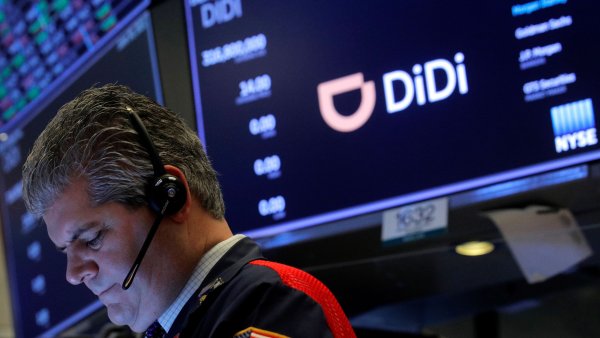 ‘The Chart Says It All': Piper Sandler Warns Investors Against Chinese Stocks 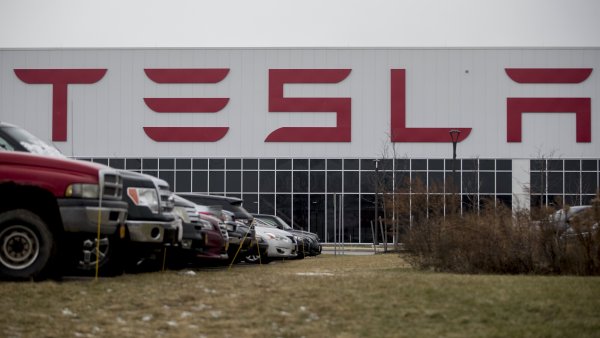 10 of Jim Cramer's Favorite Growth Stocks, Including Tesla and Affirm

For rights organizations and Palestinian advocacy groups, that has been a dereliction of duty by Israel, which is classified by the U.N. as an occupier state over the Palestinian territories.

"Israel retains overriding control over land, over the population registry, over the movement of people and goods, over airspace. So under international law, that sort of control comes with it, obligations towards an occupied population," Shakir said.

"Israel's duties under international law after more than 50 years of occupation with no end in sight far exceed just offering some vaccines when it has capacity," he added, "but rather providing Palestinians in the occupied territory with equitable access to the vaccine on par with what it provides its own citizens."

Hussein Ibish, a Palestinian expert on the Middle East and senior resident scholar at the Arab Gulf States Institute in Washington, described Israel's move as "a grudging acknowledgment of their obvious responsibility for the Palestinians living under their rule."

But he believes that it also "demonstrates the brutal ethnic discrimination Israel practices in the West Bank, where Israeli setters are all being rapidly vaccinated while the Palestinians living next to them are largely on their own."

Israeli health and foreign ministry authorities did not respond to CNBC's requests for comment in response to those specific statements, but have stressed previously that Israel's Coordinator of Government Activities in the Territories had worked with the Palestinian Authority to transfer ventilators, test kits and other medical equipment "donated by the international community."

There was also joint training of some Israeli-Palestinian medical teams, COGAT told CNBC.

But Israeli officials argue that ultimate responsibility for health services and vaccine acquisition falls upon the Palestinian Authority, which is elected by Palestinians to govern the West Bank.

Shakir at Human Rights Watch disputes this. "The fact that Palestinians also have responsibilities does not negate the Israeli role. Ultimately, as the occupying powers, they are responsible for the provision, for the welfare of the occupied population," he said.

'The hospitals are packed with patients'

Nouar Qutob, an assistant professor and Covid-19 data researcher at the Arab American University in the West Bank city of Ramallah, is concerned about the situation.

"Things are worrying. We do have cases, cases we don't know about, the hospitals are already packed with patients. And the U.K. variant is now in Palestine," Qutob told CNBC, referring to a new strain of the coronavirus first identified in the U.K. and found to be 70% more transmissible.

As a resident of East Jerusalem, Qutob has Israeli residency and was able to get the Pfizer vaccine. She commutes from her home to Ramallah for work, where there is a private Covid-19 testing center, but she said the rate of people getting tested has fallen.

"People are avoiding tests because they don't want to have to miss work," she said.

The new virus variant now present in the Palestinian territories is "truly worrying because that means more cases — and we still don't have the vaccine in the West Bank," she said. Qutob spoke to CNBC before the Israeli announcement Sunday, but as the delivery of the 5,000 vaccine doses is only meant for Palestinian frontline health workers, it won't do much to change the infection situation for the general population.

The latest data from the World Health Organization shows 178,900 confirmed coronavirus cases among Palestinians in the West Bank, East Jerusalem and Gaza, with more than 2,000 deaths.

The Palestinian Authority expects to receive its first shipments of independently-procured vaccines in March.

Yasser Bouzia, a Palestinian Health Ministry official, told CNBC that the PA is currently finalizing a bilateral agreement with AstraZeneca for 2 million doses of its U.K.-developed vaccine. It expects to receive another 2 million vaccine doses through COVAX, a global scheme that was established to ensure equitable vaccine access globally.

"That will cover almost the majority of the population. And after that we will look for other sources to have another almost 1 million people to be vaccinated, because we are aiming to vaccinate almost 5.2 million people," Bouzia said.

Until then, infections are still spreading, despite government-imposed restrictions.

"People seem to not want to abide with the closures and regulations, they are just suffering from bad economic situations," Qutob said. "I don't see that people are abiding by the regulations and the virus is spreading, and it's worrying."