Steve Martin and Edie Brickell found inspiration for “Bright Star” from a century-old story about an unwanted infant. From that anecdote—the tale of the “Iron Mountain Baby,” who is thrown from a train—the songwriting duo have crafted an original musical, drumming up backstory as they’ve gone along.

“Bright Star” is now open at the Cort Theatre, after tune-ups at the Old Globe in San Diego and the Kennedy Center. There’s much to admire in the final product: The musical is twangy and tightly performed, with a sweeping score. My enjoyment was muted only by the mostly modest character development.

Martin, the one-time banjo-strumming stand-up whose career has careered in a dozen directions—author, novelist, Grammy-winning bluegrass musician—is responsible for the book and shares credit with Brickell for the buoyant music; the lyrics are all by Brickell, the insouciant “What I Am” singer. 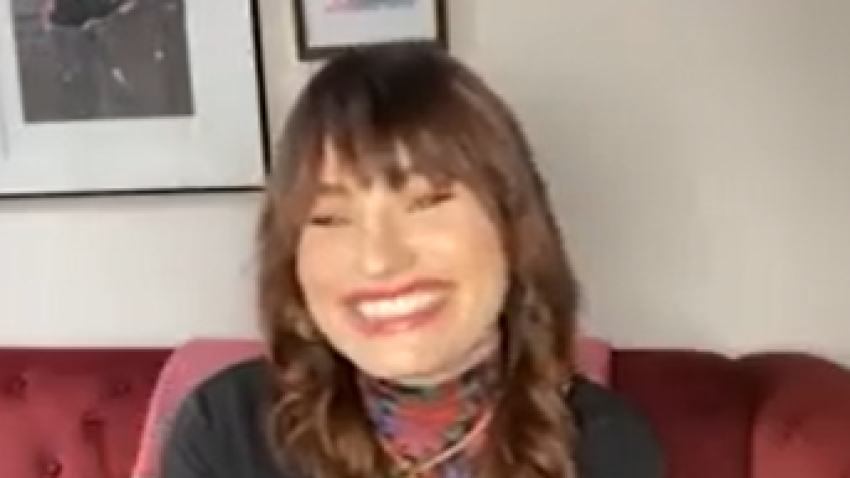 Catching Up with Kathryn Gallagher The duo has previously collaborated on a couple of melodic folk-song collections.

“Bright Star” alternates between the 1940s and 1920s. Early, we’re introduced to aspiring writer Billy Cane (A.J. Shively, earning heart-throb status), who has returned from World War II to learn from his father (Stephen Bogardus) that his mother died in his absence.

In a parallel universe decades earlier, we get to know headstrong Alice Murphy (Carmen Cusack, a well-known West End actress). Alice is unrestrained and attractive, an alluring catch for any guy inclined to court her, particularly Jimmy Ray Dobbs, the mayor’s son (Paul Alexander Nolan).

Soon enough, we learn that Alice grows up to become the editor of an esteemed Southern literary journal, a mentor who has helped the careers of Eudora Welty and Carson McCullers. As an adult, Alice has become quite self-sufficient, and even more caustic.

We not only travel in time, but also geographically, through Blue Ridge Mountain towns small and large. Helping us visualize this is—toot!—a model locomotive running high above the actors. It’s clever and effective.

Cusack, who reminded me a bit of Donna Murphy, does proud justice to a tough role. Paul Alexander Nolan, featured last season as a spitfire revolutionary in “Doctor Zhivago,” has an easygoing confidence as another character we get to know at different stages of life.

Supporting characters, of whom there are a glut, include Michael Mulheren, as Jimmy Ray’s interfering father; Dee Hoty, seen last season in “Gigi,” as Alice’s mom; and Jeff Blumenkrantz, as a stereotypically fey assistant in Alice’s employ who tries to get stories past his boss by submitting them with pen names.

I would have enjoyed more of the delightful Hannah Elless, as the hometown girl trying to woo Billy, who of course remains oblivious to her charms.

Martin and Brickell’s music is rootsy and most often joyful. Of note is the involving, melancholy second-act curtain-raiser, “Sun’s Gonna Shine,” which Sh-K-Boom/Ghostlight Records will let you listen to here.

Of Martin’s book, I felt that too often I was being told what to feel, without being given opportunity to feel it. Connective tissue between the storylines, probably intended to sneak up on us at the end, seemed obvious halfway through the first act.

“Chicago” director Walter Bobbie might’ve tightened the screws on the musical’s climax, which evokes the legend of that abandoned child. It has one actor scouring the swampy marsh in search of a distant wailing, but the borderline-humorous tone veers from the serious material preceding it.

I loved the onstage band, who added lively fiddling to the proceedings. I’m sure there are great hopes riding on “Bright Star.” It’s not a perfect musical; this “Star” doesn’t always guide the way, but at times it beams brightly enough.