Only days after serving as master of ceremonies at the Tony Awards, Kevin Spacey is in the midst of a two-night stint as trial lawyer Clarence Darrow at an unusual location— U.S. Open tennis venue Arthur Ashe Stadium in Flushing.

This is the first time a play has been performed at Ashe, the largest stadium in the USTA’s Billie Jean King National Tennis Center complex.

Overhead airplane noise that has long plagued players during the U.S. Open did Spacey no favors on Thursday night. The 23,000-seat venue, even with its new roof closed, isn’t quite an intimate venue for stagecraft. 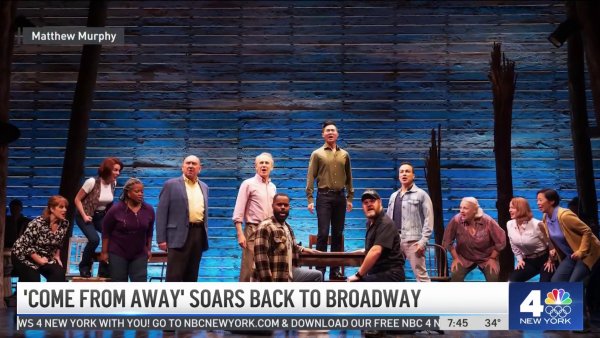 Still, we can only report that with “Darrow,” it was mostly advantage, Spacey.

The play, by writer David W. Rintels, is performed in the round. Spacey interacts with audience members in floor seats and, at times works his way to the higher tiers. The center of the action—which is also center court—is his “office,” a small space with a few chairs, and box after box of papers.

Spacey affords audiences a 2-hour glimpse into the life of an attorney known for espousing humane treatment of those he defended. Darrow never lost a client to the death penalty, a point Spacey builds up to with a series of anecdotes about the turn-of-the-century crusader.

There are stories from the Scopes “Monkey” trial, in which Darrow opposed William Jennings Bryan; his work on behalf of Detroit physician Ossian Sweet; and his defense of teen “thrill killers” Leopold and Loeb. There are also brief, less interesting forays into Darrow’s personal life—a marriage, a divorce, a remarriage.

Most essentially, though, we witness first hand the shift in Darrow’s career, as he turns away from representing the interests of big business to focus on the troubles of the common man.

Spacey has held an interest in Darrow since first seeing this show performed by Henry Fonda in the mid-1970s. The “House of Cards” star also played Darrow in a 1991 PBS movie and a 2009 London staging of “Inherit the Wind,” which is about the Scopes trial. Spacey ended his long run as head of London’s Old Vic in 2015 with this production.

Ultimately, “Clarence Darrow” asks us to think about the distinction between “the law” and real justice. I would have preferred a more forgiving venue, but Spacey is the kind of consummate pro who doesn’t let a little jet engine noise pull focus from his performance.