The creators of “Matilda” have worked their magic all over again. And again.

“Groundhog Day,” now open at the August Wilson Theatre, is a textured, twisted and ticklish comic musical from composer Tim Minchin and director Matthew Warchus. The book is by Danny Rubin, who also co-wrote the screenplay to the 1993 film starring Bill Murray.

With a cast led by Andy Karl, as the cynical TV weatherman stuck in a time warp, “Groundhog Day” shares with “Matilda” both an intriguing darkness and enough on-stage razzle-dazzle to seize your attention and hold it across two generally gut-busting acts.

Karl, who earned an Olivier Award for his West End performance in the musical, plays Phil Connors, a sexist, self-centered journalist reluctantly forced to set up his live shot in Punxsutawney, Pa.

Will the town’s famous forecasting rodent see his shadow, ensuring six more weeks of winter? Will spring come early? Eh … doesn’t matter. For the people of Punxsutawney, the holiday is a ritual that brings soul-satisfying joy.

I’ve seen enough Hallmark movies to know bad things are in store for any city slicker who dares to demonize the good-natured folk of Smalltown, U.S.A. In “Groundhog Day,” the instrument of Connors’ torture is a digital alarm clock that clues him in to the fact he’s reliving the same day, over and over.

Karl, as charismatic as can be, works hard in a demanding role, with numbers like the outlandish “Hope,” which has him killing himself off in creative ways and then, with the aid of slick stagecraft, popping up again in his bed. 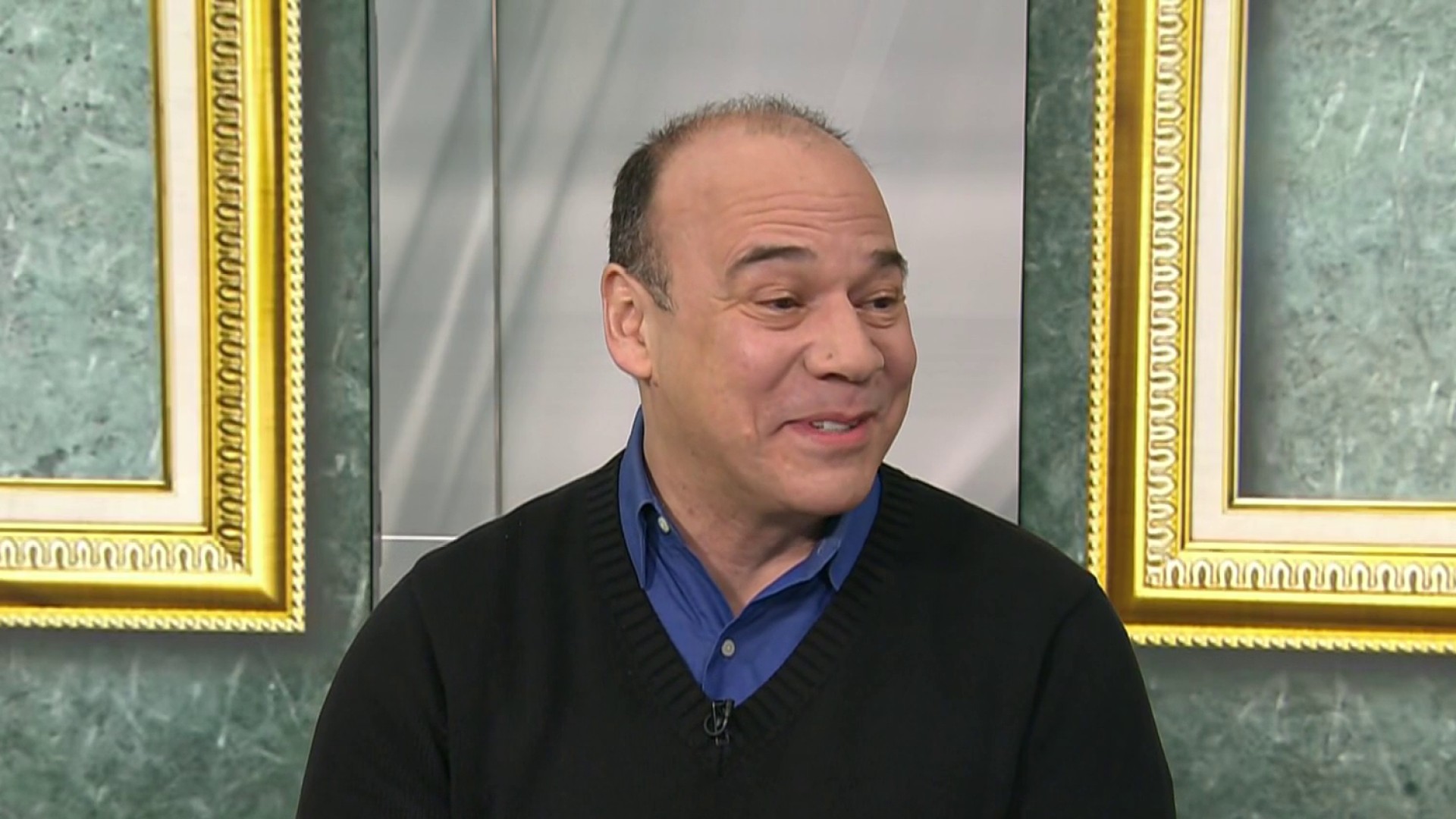 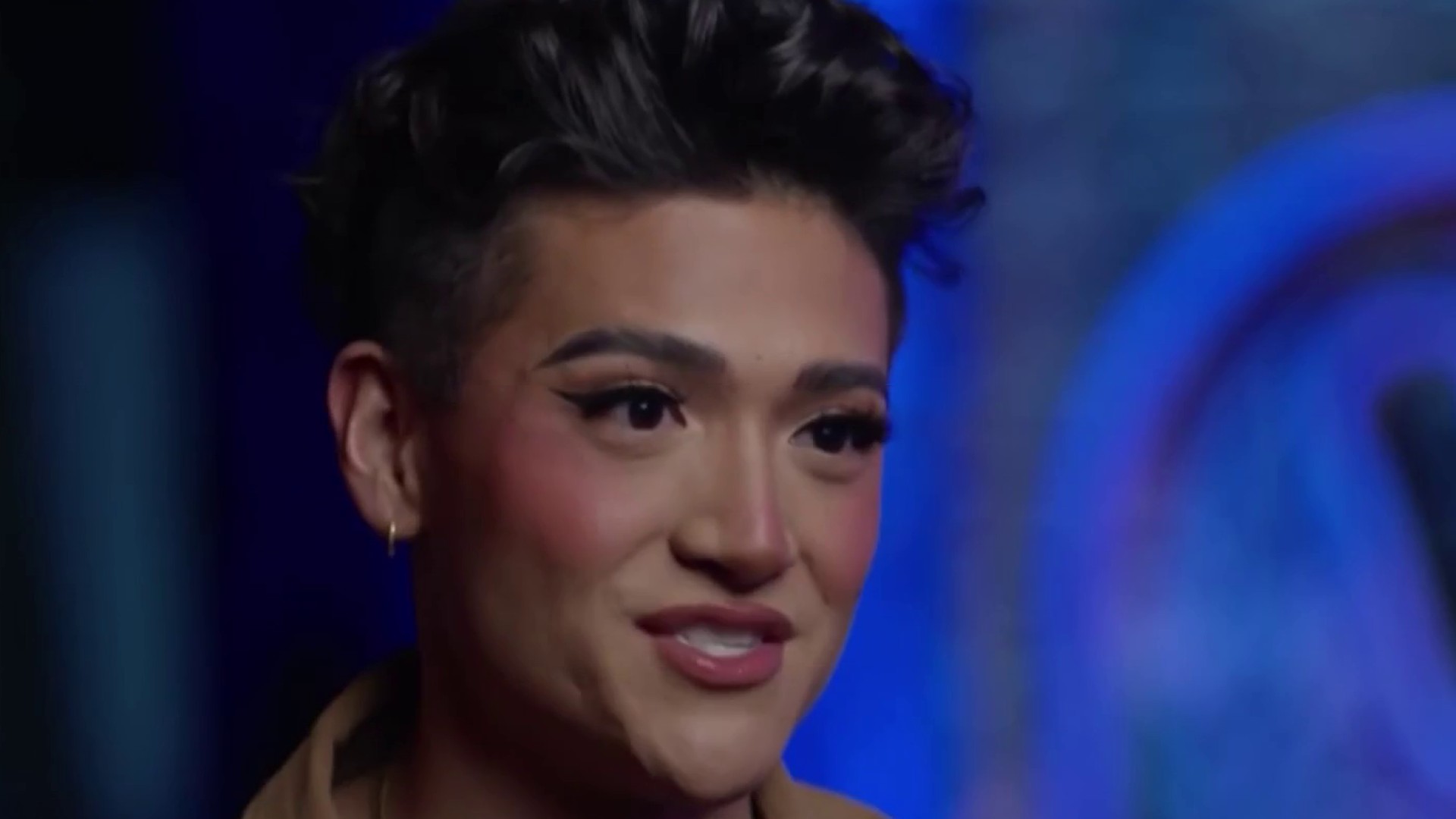 By the musical’s end, the character has made the transition from upwardly mobile jerk to nice fella who appreciates the people in his midst. (Karl was injured Friday during the performance reviewed for this post; understudy Andrew Call covered the role on Saturday night.)

Barrett Doss is appealing as Rita, the associate producer who collaborated with Phil once before on a flood story, though he barely recalls it. Doss is a good foil to her co-star, letting us believe Rita notices the people around her and delights in small moments: a carnival ride, a cup of chili, and so on.

One of the musical’s weaker spots is the second-act curtain-raiser, “Playing Nancy,” which tries a bit too hard to sum up reasons we should appreciate these individuals.

The performer (Rebecca Faulkenberry) is quite talented, but the tone is saccharine in the wider context of the production—this is a musical in which various “healers” perform an on-stage enema on the lead character, in an effort to resolve his issues with chronology.

Director Warchus stages most scenes with vibrancy, particularly a car chase sequence. At first, movement is suggested by cloaked performers holding up miniature houses and running past a truck. As the action steadily builds, the whole thing somehow goes vertical, giving the audience what appears to be an aerial, “Frogger”-like view of the chase.

It’s marvelously good fun. As is, for the most part, all of “Groundhog Day.” The musical is mostly consistent with the devilish humor in its cinematic predecessor, and Karl is a magnetic leading man whose “show-must-go-on” fortitude is now the talk of Broadway.