Take a look at the video below for the incredible time lapse of the tree's arrival to when it was illuminated for the first time this season on Dec. 1

The holly, jolly, best time of the year got a light-filled launch on Wednesday, when the towering Christmas tree at Rockefeller Center was officially turned on.

The 79-foot Norway spruce, covered with more than 50,000 lights in a rainbow of colors and bearing a crystal-covered, 900-pound star, was lit in a midtown Manhattan ceremony again open to the public, in contrast with last year's virus-impacted event.

Rockefeller Center lights up its 2021 Christmas Tree tonight - and Kay Angrum and the Listen Up crew mark the occasion by visiting some of the city's top holiday sights.

The first Christmas tree was placed in Rockefeller Center by men working there in 1931. This year's tree came from Elkton, Maryland, where it stood for more than 80 years outside a family home.

Take a look at the video above to watch a time-lapse of the tree's arrival to when it was illuminated for the first time this season.

If you missed the first lighting and want to see the tree at later dates, the 2021 Christmas tree will be lit daily from 6 a.m. to midnight. On Christmas Day, the tree is illuminated for 24 hours. On New Year’s Eve, it is lit from 6 a.m. to 9 p.m. 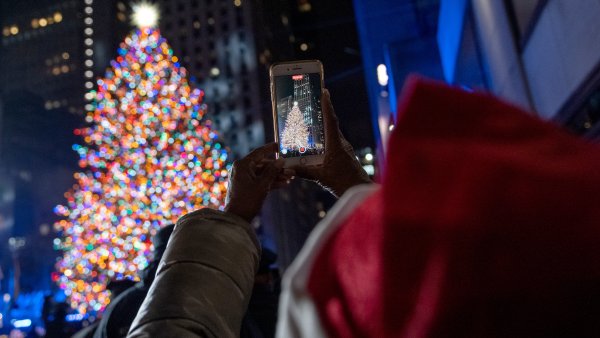 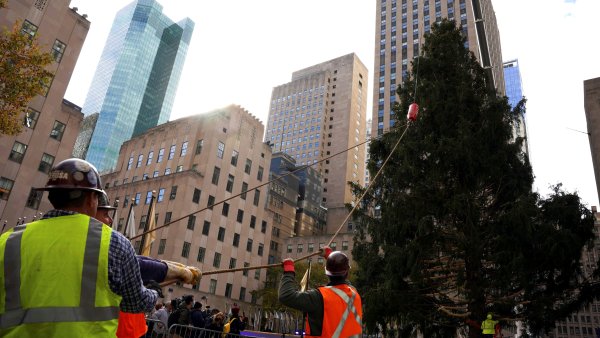