The Christmas tree will be illuminated for the first time on the evening of Dec. 1 and as always, it will be broadcast live on NBC

It's a sure-fire way to know that the holiday season has almost arrived: the Rockefeller Center Christmas tree has arrived in New York City.

The mighty tree began its journey from just over Delaware's western border on Thursday, when thousands of people turned out to watch it be cut and packed up in Elkton — after it was carefully wrapped and inspected.

A crane lifted it off of the flatbed truck shortly after 9 a.m. to let crews ready the tree before it's hoisted a final time into its holiday position. It will then be dressed with more than 50,000 LED lights and topped with a Swarovski crystal star ahead of its illuminating debut, becoming a site to be enjoyed by thousands, if not millions of people.

For the first time ever, the iconic tree that will serve as the Big Apple's center for holiday cheer will hail from the state of Maryland, where it was donated by the Price family.

Devon and Julie Price assumed a mystery guest knocking at their front door was there to ask if they wanted their driveway repaved. But instead, it was Rockefeller Center head gardener Erik Pauze, who had spotted the massive tree (46 in. diameter!) from afar when driving around the area earlier this year. 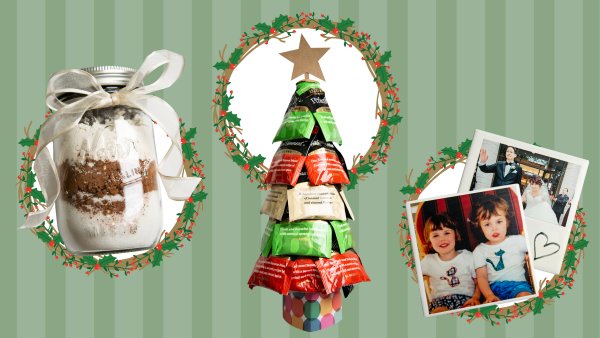 Check Out These Homemade Christmas Gift Ideas for Everyone

What to Know Ahead of 2021 Rockefeller Center Christmas Tree Lighting

As they led their mystery guest around the property to show him their Norway Spruces, as requested, it became clear that their biggest tree was destined for greatness. But Devon wasn't exactly willing to let the tree go, at first.

"Honestly, we said, 'No way, you can't have it,'" Devon Price recalled saying at first.

Pauze, who plays a key role in choosing the tree, said the Price family looked at him "kind of funny" when he knocked on their door asked about the tree, but they got excited once he started explaining to the family how they'd share it not just New York City, but the whole country.

Then Price came around. He and his family have all visited the Rockefeller Plaza during Christmastime and understand the importance of the selected tree. They'll still miss the view of it from their second-floor window but look forward to experiencing it in a different way with the rest of the world.

"We were very surprised but we are happy to be able to share it with everyone," Julie Price said. "It's a special tree and it will be beautiful at Rockefeller Center and I hope everybody enjoys it."

For the first time ever, the Rockefeller Center Christmas Tree will come from Maryland!

Although he "never considered" their tree to be on display for the world to see, Devon Price said, “It truly is quite the honor.”

There's no adorable owl who has stowed away in the branches this year, Pauze said, but it'll still be a sight to behold. And it's still a unique tree.

Most of the years, the Christmas tree comes from New York, New Jersey or Pennsylvania. Pauze says he was in New Jersey scouting another tree for Radio Park -- a rooftop park being erected on top of The Radio City Musical Hall -- when he found the 2021 Christmas Tree in the small town of Elkton, Maryland.

Last year, there was no public access to the tree arrival at Rock Center due to the pandemic. More details about how this year's visit will look is expected to be announced in the coming days.

The Christmas tree will be illuminated for the first time on the evening of Dec. 1 and as always, it will be broadcast live on NBC.

The Christmas tree for the Rockefeller Center is cut down and ready to be transported from Maryland to New York. Jen Maxfield reports.