In a statement, James said she will instead run for re-election as the state's attorney general

Letitia James is dropping out of New York's gubernatorial race -- less than two months after her run. Instead, she will run for re-election as attorney general.

In a statement about her campaign released Thursday, James said: “I have come to the conclusion that I must continue my work as attorney general. There are a number of important investigations and cases that are underway, and I intend to finish the job. I am running for re-election to complete the work New Yorkers elected me to do."

James formally announced in October that she was running for governor, a widely anticipated move from the woman who oversaw an investigation into allegations that former Gov. Andrew Cuomo sexually harassed numerous women. 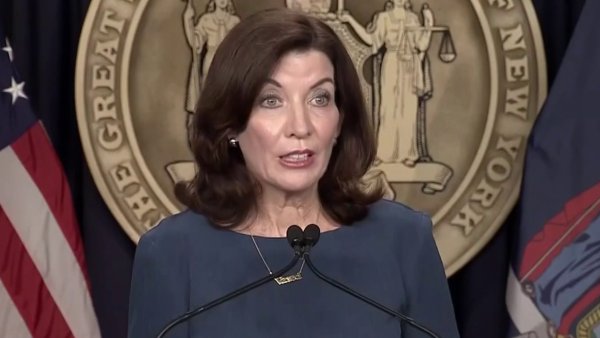 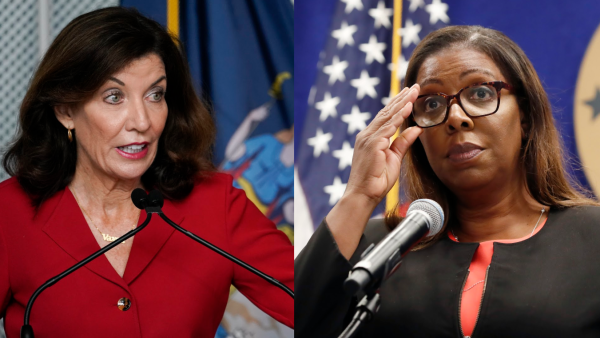 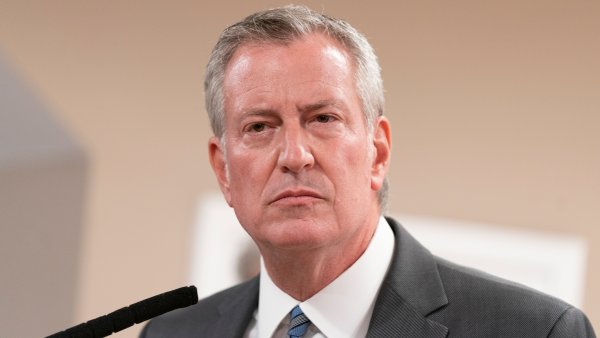 James entered the race as a formidable candidate for the Democratic nomination just months after issuing a damning report that drove Andrew Cuomo from office in a sexual harassment scandal.

James, 63, is the first woman elected as New York’s attorney general and the first Black person to serve in the role. With a power base in New York City, she was poised to be a top threat to Gov. Kathy Hochul, who had been Cuomo’s lieutenant governor.

During an unrelated press conference Thursday, Hochul said that James called her, prior to the news becoming public, that she intended to drop out of the race.

"She let me know her intention was to remain doing the critically important work that she has undertaken in the attorney general's office," Hochul said, adding they will continue to work together.

"All I can say is that I respect her tremendously, always have," the governor said. " I support her re-election."

Hochul, who is from the Buffalo area, entered office with a reputation as a political centrist but has been striving to win over New York City progressives, making numerous appearances in the city during her first months in office.

In her initial official campaign video, which was released in October, James speaks of her Brooklyn roots and passion for speaking on behalf of and fighting for the vulnerable New Yorkers.

"I've gone after the drug companies for fueling the opioid crisis. I've fought for better conditions and transparency in nursing homes. I've sued the Trump administration 76 times, but who's counting," she says.

James also makes reference to her investigation into allegations of sexual harassment by the former governor. Since the release of the report, Cuomo has stepped down from the top post and charged  with a misdemeanor sex crime for allegedly groping a woman at the state's Executive Mansion last year.

Attorney General Letitia James is running for governor - and the governor who she helped push out of office isn't happy about it. Melissa Russo reports.

"I've held accountable those who mistreat and harass women in the workplace, no matter how powerful the offender," James says.

James, who was born and raised in Brooklyn and made her first run for City Council as a candidate of the liberal Working Families Party, would have the reverse task of winning over upstate Democrats who might be more conservative.

Before this year, James was best known nationally for her frequent legal tussles with former President Donald Trump. On Thursday, the same day news of her dropping out of New York's gubernatorial race, James asked to take the deposition of former President Donald Trump on Jan. 7, 2022 in New York, a source said. The deposition would be part of the civil investigation into whether the Trump Organization committed fraud in reporting the value of certain properties to banks and tax authorities. James is looking into whether to file a civil suit.

Since she became attorney general in 2019, her office has investigated Trump’s business affairs and sued the Republican’s administration dozens of times over federal policies on immigration, the environment and other matters.

James also filed a lawsuit accusing the National Rifle Association’s leaders of financial mismanagement, the latest in a string of regulatory actions that have delighted liberals but drawn complaints from Republicans that she has unfairly used her office to target political opponents.

Under public pressure, Cuomo last year authorized James to investigate allegations he had sexually harassed several women. The independent investigators she hired to conduct the inquiry released a report in August concluding that there were credible allegations from 11 women, including one aide who said the governor had groped her breast.

Cuomo and his political advisers assailed the report as an unfair and inaccurate hit job, designed to drive him out of a job James coveted. But he resigned from office in August, saying the state couldn’t afford the distraction of an impeachment fight.

James dismissed the charge that her investigation was politically motivated, saying Cuomo should take responsibility for his own conduct.

Before becoming attorney general, James was New York City’s public advocate, an elected job where she acted as a sort of city ombudsman. Previously, she was a member of the City Council. She worked as a public defender and an assistant state attorney general. She graduated from Lehman College in the Bronx and earned her law degree from Howard University in Washington.