With the score tied at 2-all to start the seventh inning, Davis greeted reliever Chasen Shreve (1-1) by sending his first pitch deep over the center-field wall. Crisp then lined the first pitch he saw into the second deck in left for the A's first back-to-back home runs of the season.

The 36-year-old Hill (2-2) kept his former club's anemic offense off-balance with a big, sweeping curve, limiting them to just two runs and three hits while striking out 10. 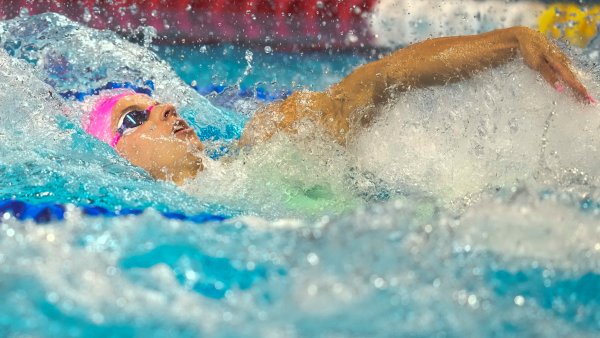 Backing Up the Talk: Outspoken Lilly King Wins at US Swim Trials

Oakland won its fifth straight and remainedg the only team in baseball with a perfect road record. It was the first time they swept a series in the Bronx since 2006.