Brooklyn Nets guard Kyrie Irving insists an injury to teammate Kevin Durant won't change his stance on not getting the COVID-19 vaccine.

Irving, who only recently returned to action after a drawn-out stalemate over getting vaccinated, said Monday following a loss to the Cavaliers that he has no intention of getting the shot — and nothing will sway him.

"That's my decision already, and I'm standing on it,” Irving said. 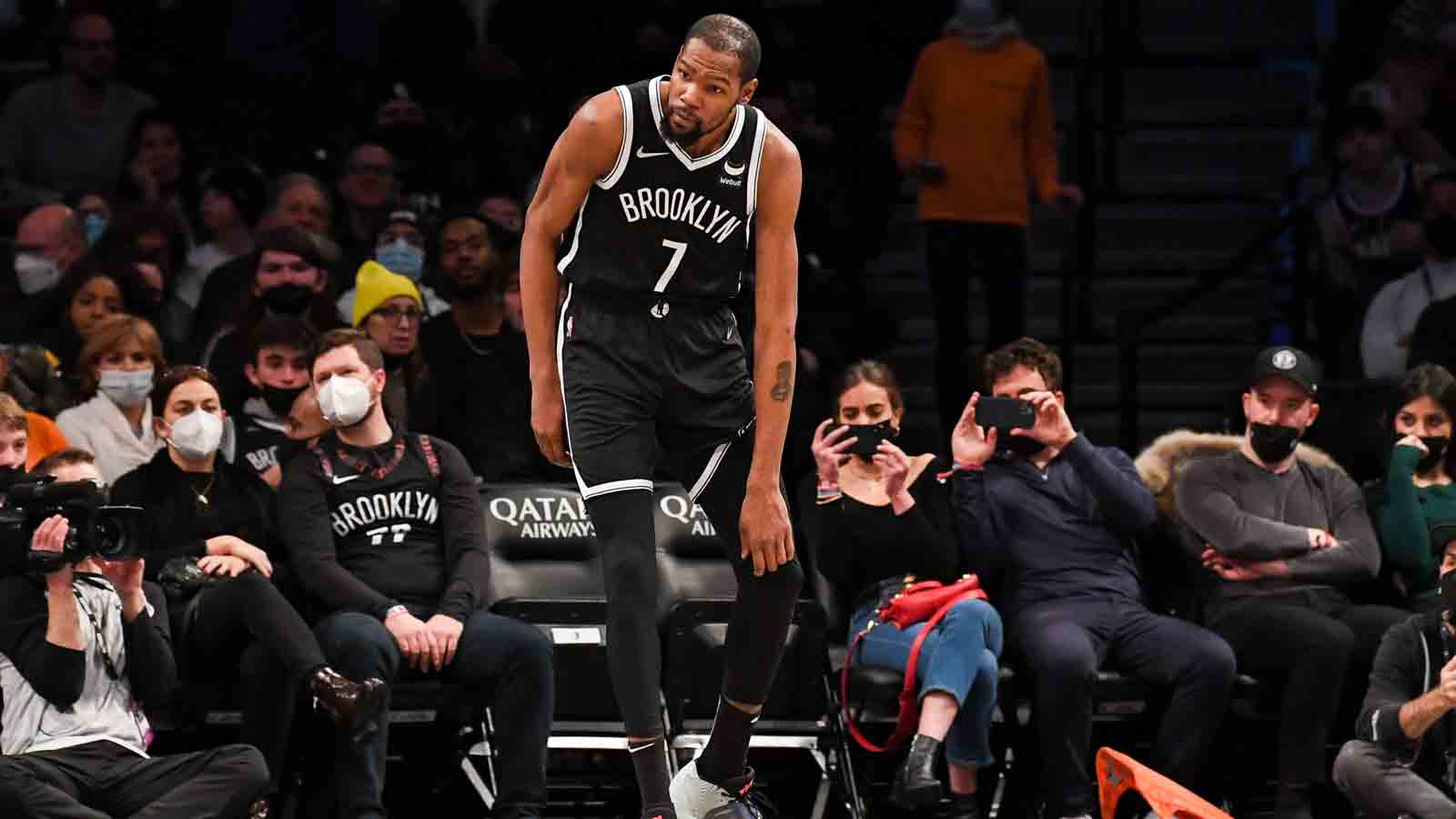 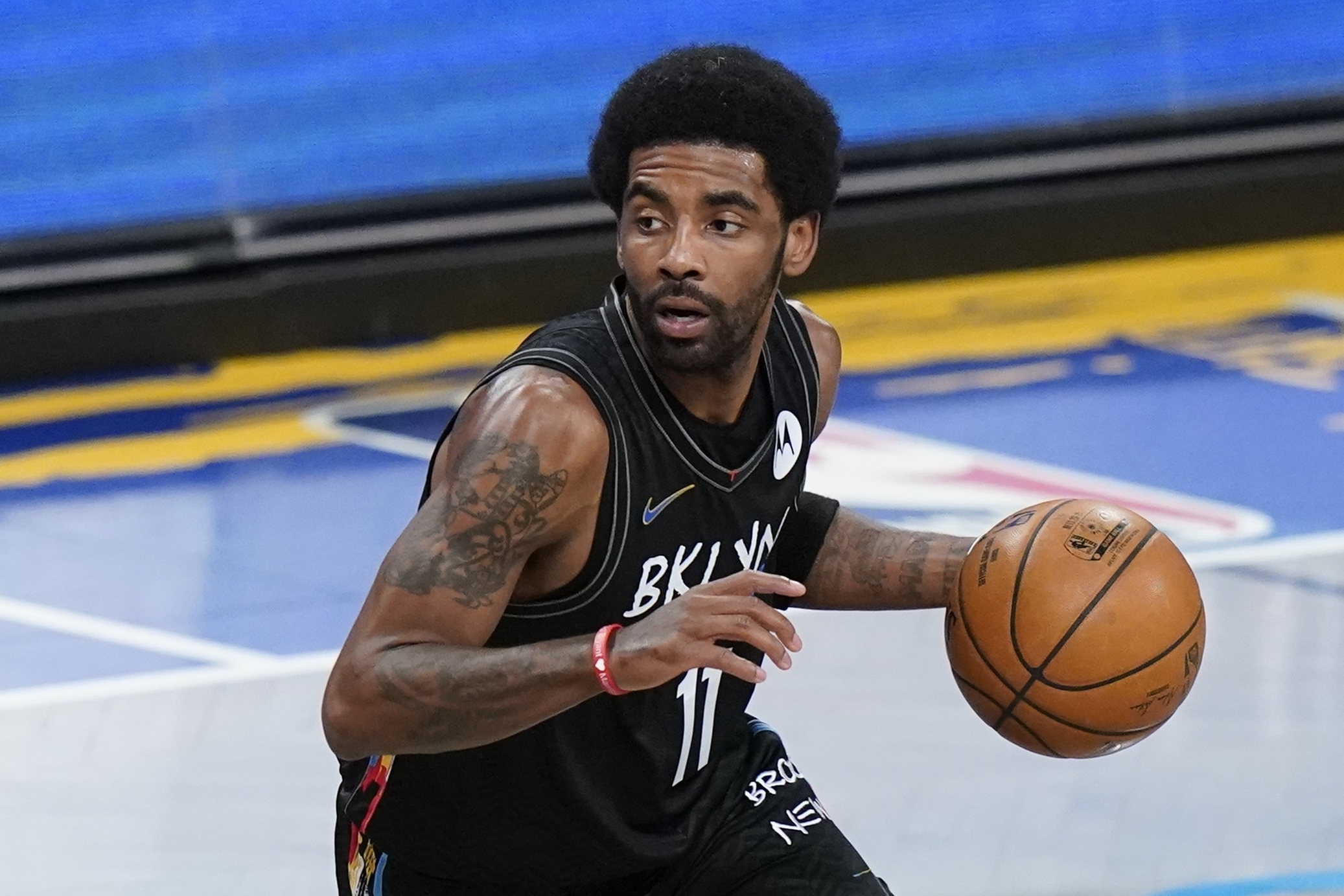 The seven-time All-Star point guard has become a lightning rod of sorts for his decision not to get the vaccine. And due to COVID-19 mandates in New York City concerning public arenas, Irving is not permitted to play in home games.

His decision to remain unvaccinated is having a dramatic impact on the Nets and their ability to contend for an NBA championship, something that almost seemed assured when the team landed Irving, Durant and James Harden.

With Durant potentially sidelined for six weeks with a knee injury suffered Saturday, Irving was asked if he's feeling more pressure to get vaccinated.

Irving made it clear he's not been moved to act.

“That's what I think comes into a lot of this culture and basketball and sport and entertainment,” Irving said in his strongest comments on the sensitive subject. "You bring in teams and you bring in situations. Kev’s going to heal. Kev’s going to be OK, and we’re going to have to deal with that as his teammates.

"But in terms of where I am with my life outside of this, I stay rooted in my decision and that’s just what it is. It’s not going to be swayed just because of one thing is this NBA life that somehow it’s brought to my attention to being more important than what’s going on in the real world.

“It’s just not happening for me.”

Irving scored a team-high 27 points in Brooklyn's 114-107 loss to the Cavaliers. It was just his fourth game back this season with the Nets, who have been dealing with injuries — and other distractions — since acquiring Harden to play with Irving and Durant.

During his postgame interview, Irving said he's bothered that his decision is being questioned and that it's almost always framed in the context of his profession — not his personal life.

“I respect everyone else’s decision,” he said. "I’m not going to try to convince anyone of anything or anything like that. And though we’re dealing with this right now with Kev, I just know that I’m protected by the organization. I’m protected by my teammates. I’m protected by all the doctors I’ve talked to and I’m just staying rooted.”

The 29-year-old Irving has never shied away from speaking his mind on any subject, and that openness has often led to criticism, and in his view, being misunderstood.

Irving took offense at being asked if there was anything that would make him reconsider the vaccine.

“I live my life the majority of the time when I’m away from this, so when I say I’m not getting vaccinated, I’m making a choice with my life and somehow it gets mixed into, ’What about the basketball?' Like no, bro," he said.

“We live in a real world. It’s great to be able to do this. I’m grateful for the opportunity. I love being with my teammates. I love playing on the Nets, but I’ve already been away enough time to think about this, to process it, to be able to make this decision, stand strong.

"Understand that people are going to agree and disagree. The circumstances that are at hand, I’m praying they get changed and we’re able to do things differently and that’s not just for me — that’s for all that are dealing with being unvaccinated and being fired from work on a day to day basis.

"It’s not just about me. That’s been my message the whole time.”