Australian snowboarder Scotty James calls the process of perfecting his signature trick on the halfpipe akin to a right-handed person “trying to write a thesis with your left hand.”

That goes for pretty much any trick that might be good for a medal on the Olympic halfpipe. The women's final is Thursday and the men's final is Friday.

Chloe Kim made it through Wednesday's qualifying round and is a heavy favorite to capture her second straight gold medal in the women's event. Three-time champion Shaun White, competing in his last contest, is an underdog.

That's in large part because James and a stable of Japanese riders, including two-time silver medalist Ayumu Hirano, have a jump that, only a year ago, seemed like little more than a dream, even for the best of the best.

A look at that trick, along with a few other key things to know before they start flipping for medals on the halfpipe:

TRIPLE CORK: This has been the game-changer in men's halfpipe this winter. The ironic part is that White started working on it in 2013 but abandoned it because he felt it was too dangerous and the risk wasn't worth the reward.

A rider gathers speed up the side of the halfpipe and makes what are essentially three head-over-heels spins while twisting above the pipe. 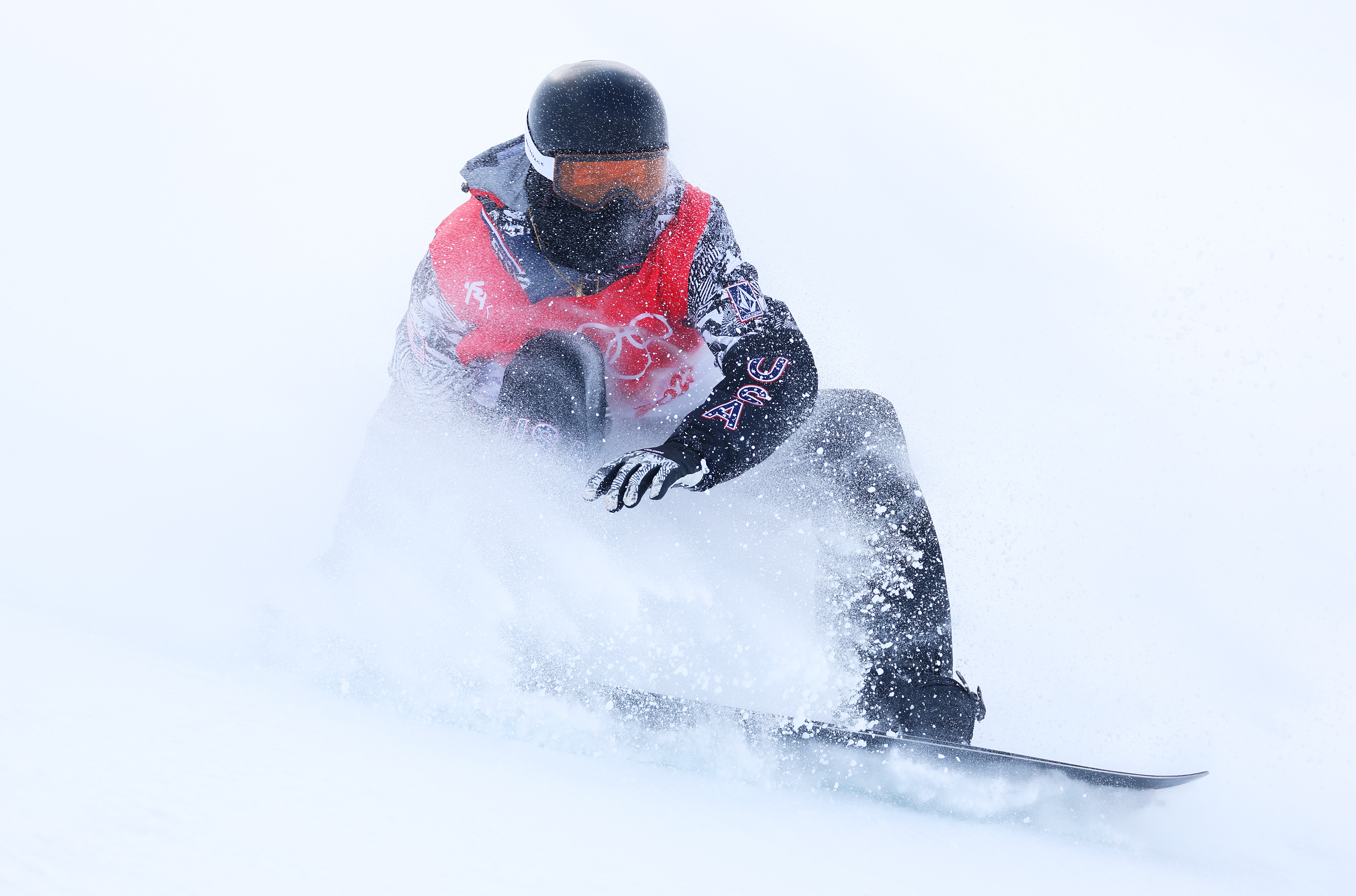 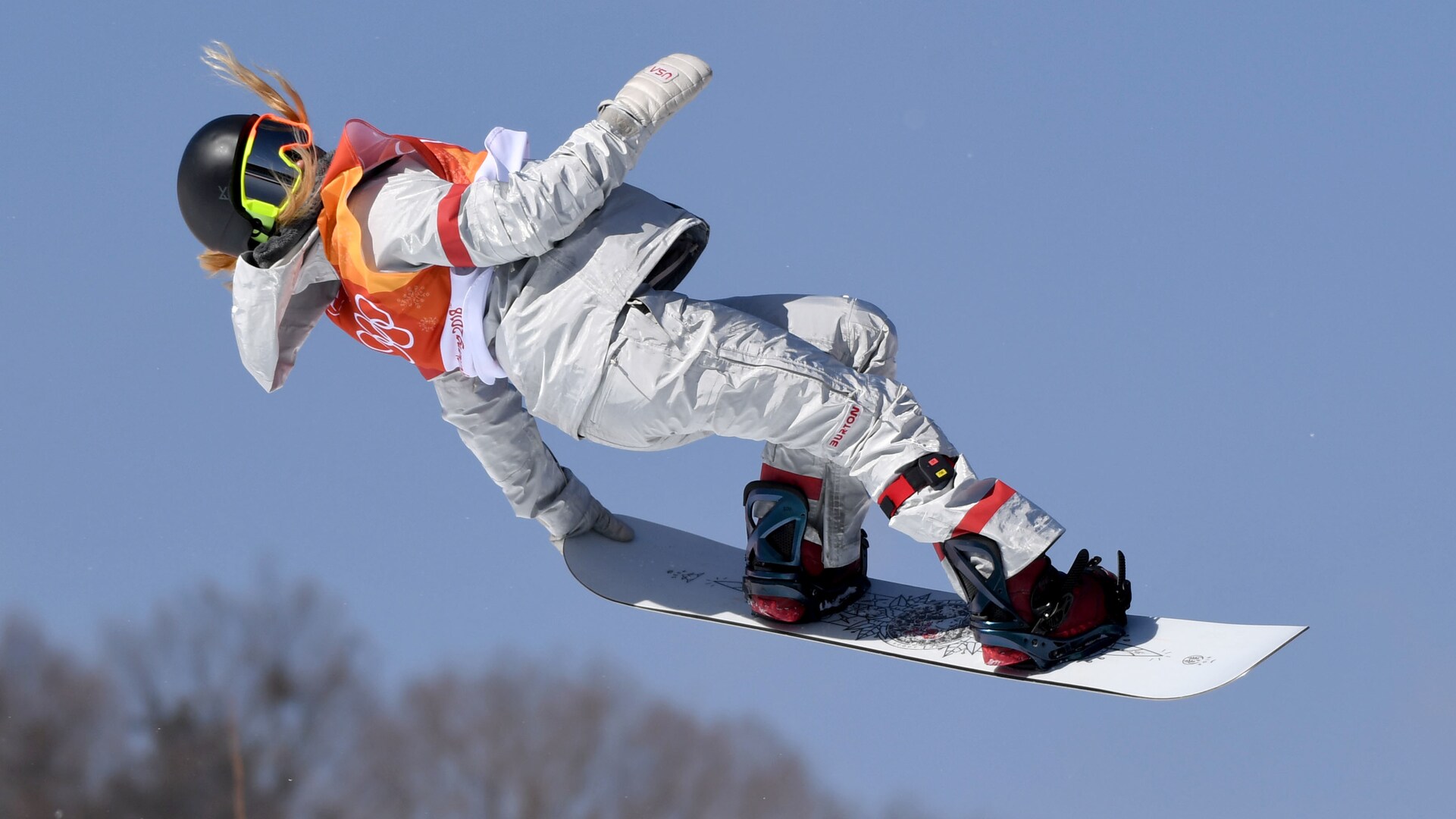 Hirano has landed the trick twice in competition this season, only to fall on his next jump. The halfpipe final is a three-run contest and only the best score counts. It's common for competitors to put down “safety runs” at the start — a run with their ‘B-plus’ material that can deliver a potentially meet-winning score — then bring out the big guns at the end, only if they need them.

James has also been working on a triple and White says he's “not going to take it off the table." But there are other tricks that could also make a difference.

SWITCH BACKSIDE DOUBLE CORK 1260: One thing that makes it tough for the average fan to appreciate the difficulty of some snowboard tricks is that, unlike, say, in skiing, it's often hard to tell if a rider is going forward or backward.

The starting point on James' signature trick is that he is riding “switch,” or backward, which means leading with his right foot. And flipping backward, too. For the first part of this trick, riders can't really see the landing area they're trying to hit.

At the last Olympics, where James took the bronze medal, he was convinced the trick didn't get enough love from the judges. He said he's noticed this season that “switch," or backward, riding seems to be getting more credit.

THE 1440: The number put in front of a spin is equal to the total number of degrees of rotation the rider puts in. It's a combination of head-over-heels flips and sideways twists.

Iouri Podlodtchikov, the “I-Pod,” won the 2014 Olympics with the YOLO — “You Only Live Once” — a first-of-its-kid trick with 1440 degrees of rotation. In 2018, White and Hirano both landed back-to-back 1440s — one riding forward, the other riding backward. It was the first time White had landed two like that, and he edged out Hirano for his third gold medal.

Growing up in California, Chloe Kim is always asked why she picked snowboarding over surfing or skating. But the Olympic gold medalist says she’s just grateful she found the sport that she loves.

CHLOE'S GOAL: Kim separates herself by being able to sky higher than any of the other women in the halfpipe. She capped off her victory at the last Olympics with back-to-back 1080-degree spins — a combination no woman had ever landed in a halfpipe.

She has been very secretive about her plans for this year, but she offered a small hint as to what might be coming in Thursday's final. Spoiler alert: The holy grail of riding is to be able to execute tricks in all four directions — forward front flip, forward back flip, backward front flip (called a “cab” jump) and backward back flip (See above on James).

“That’s the way I want to push snowboarding is by really encouraging people to be a good all-around snowboarder and be able to spin all four ways," Kim said. "That’s my goal. I’m working on it and I’m really excited to show you guys.”

The 2022 Winter Olympics are the first to rely solely on artificial snow on their courses and snowboarder Jamie Anderson weighs in on what it was like after the team's first practice.

MADDIE'S TAKE: If Kim were to have an off day, then American Maddie Mastro might have been the one to scoop up the gold. She's been working on a frontside, double-cork 1080, an insanely difficult trick that involves two head-over-heels flips with one full twist. But Mastro finished 13th in qualifying and failed to advance to the final.

Still, maybe we'll see it: Kim has had this trick in her bag, too, but nobody has landed it in a competition.

FOR PURISTS: American Taylor Gold is a longshot, in part because he's more invested in the style of snowboarding than massive tricks. This doesn't always win medals, but it does win the hearts of snowboard purists.

So, watch Gold perform his double Michalchuk 1080 — a trick named after Canadian snowboarder Michael Michalchuk but also known as a “Chuck Taylor,” an homage to the throwback Converse sneakers.

It's a double backflip off the back wall with one horizontal spin mixed in. When Gold is on, he grabs the board with both hands. It will not look as spectacular as some of the tricks on the halfpipe. But ask any rider who knows: They'll tell you it's a beauty.