Editor’s Note (Nov. 4, 2021 at 11:30 a.m.): A post-election campaign finance report filed after this story published shows a slate of three local candidates, including Durr, spent a little over $2,300 in the past year. It is unclear how much of that was spent on Durr's race. The race was called in Durr's favor Thursday afternoon.

New Jersey’s longest-running state Senate president seems set to lose his seat to a truck driver who spent only $153 on Dunkin and paper fliers over the course of his campaign.

Democratic Senate President Steve Sweeney trailed Republican challenger Edward Durr, a commercial truck driver, by more than 2,000 votes as of Wednesday afternoon, with more than 99% of precincts reporting. The Associated Press has not yet called a winner. 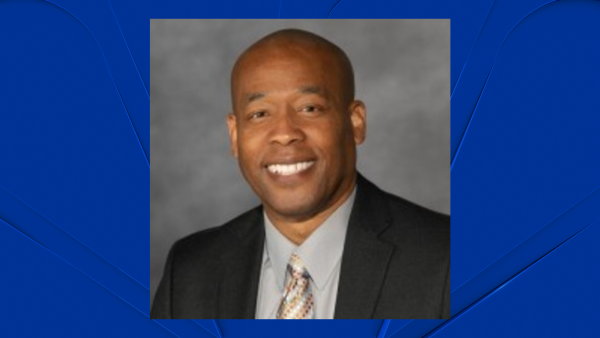 The potential loss by one of New Jersey’s most powerful politicians would result in upheaval of political power in the state, forcing the Senate to find a new president. Sweeney has been the chamber’s leader since 2010.

Just four years ago, he won reelection in what at the time may have been the most expensive legislative race in American history.

Sweeney's likely loss came on the same election as his fellow Democrat, Gov. Phil Murphy, nearly lost a re-election that polls and political experts in the Garden State long had predicted as an easy victory. It was anything but: Murphy was finally projected as winner on Wednesday evening when he was up by only 19,000 votes over his Republican challenger out of more than 2.3 million ballots cast.

Durr said he entered the race after being denied a concealed carry permit despite having a clean record. State campaign finance records filed Oct. 27 show a slate of three candidates, including Durr, raised more than $10,000 during their campaign, but they spent only $153: $66.64 at Dunkin to buy food and drinks for staff and $86.67 for paper flyers and business cards.

“Well, I’m a numbers guy and I’ve looked at the numbers over the years,” Durr said in an August interview with conservative commentator Elizabeth Nader. “We have a district that is 150,000 voters. Senator Sweeney has never broken 32,000 votes ... and so I felt if he can’t even get half the district, that means there’s numbers out there to be taken, and you just have to get people to come out and vote. I believe if they come out and vote, we could win,” Durr said.

Durr promises lower property taxes and the creation of a “friendly business environment.”

NBC10 reached out to Durr by phone but did not immediately receive a response. However, his mother shared that she prays "every day that he wins."

"Not everybody has to have a lot of money to run. All they have to do is have a heart for the people, and he’s got a heart for the working people," Gloria Durr said. She also shared that her husband of 63 years, Edward Durr Sr., died just two weeks ago and that her son, despite being on the campaign trail, "was right there by his dad's side throughout."

Sweeney has held the District 3 seat since 2004. It encompasses parts of Cumberland and Gloucester counties, as well as all of Salem County.

A loss would also raise questions about the political power of South Jersey Democratic boss George Norcross, who has been aligned with Sweeney for decades.

Republicans seem likely to take several seats in addition to Sweeney’s in an unexpected election day that also saw Gov. Phil Murphy contesting his seat in a closer-than-expected race, which NBC News projected to go his way late Wednesday.

NBC10 reached out by phone to Sweeney's office, but he did not immediately return a request for comment.