The director of the Monmouth University Polling Institute is apologizing for his group's polls, which had Phil Murphy winning by double digits

The Monmouth Poll is considered the gold standard in New Jersey electoral polling, so when the final poll of the 2021 race had Gov. Phil Murphy 11 points ahead of Jack Ciattarelli, people assumed the election wouldn't be close.

It was -- Murphy won by less than 2 percentage points, and for most of election night it looked like he might well lose altogether.

The poll was badly wrong - and its director is taking full blame.

"I blew it," Patrick Murray, director of the Monmouth University Polling Institute, said in an editorial published by NJ.com Thursday afternoon.

"I owe an apology to Jack Ciattarelli’s campaign — and to Phil Murphy’s campaign for that matter — because inaccurate public polling can have an impact on fundraising and voter mobilization efforts. But most of all I owe an apology to the voters of New Jersey for information that was at the very least misleading," Murray wrote. 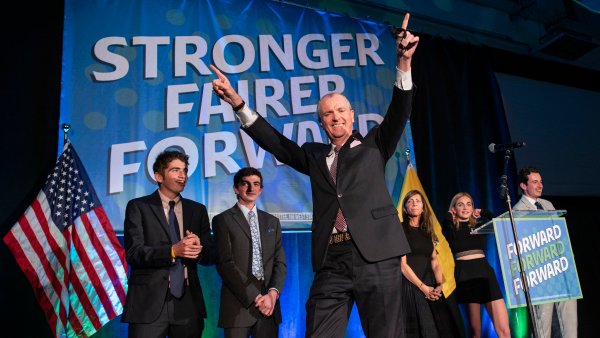 Murphy Projected to Win — So What's Next? Here Are Important Upcoming Election Dates Monmouth produced polls in August, September and October that all had Murphy ahead by double digits. Other pollsters had the race much closer; Trafalgar Group ended up being closest, with a final-weekend poll that had the Democrat Murphy just four points ahead of Republican Ciattarelli.

But Murray went on to note that a number of well-regarded pollsters have stopped handicapping elections, or at least did not this year, amid ongoing concerns that inaccurate election polls diminish trust in polling on broader policy issues.

"If we cannot be certain that these polling misses are anomalies then we have a responsibility to consider whether releasing horse race numbers in close proximity to an election is making a positive or negative contribution to the political discourse," he wrote.