‘Statehood Now': DC Leaders Argue for Statehood Before US House

A U.S. House committee heard arguments Monday on making Washington, D.C., the 51st state, as leaders work to gain rights for the District’s more than 700,000 residents.

"Full democracy requires much more," she continued. "D.C. residents deserve full voting representation in the Senate and the House and complete control over their local affairs. They deserve statehood."

A U.S. House committee will hear from prominent D.C. officials on Monday about why the District should become the 51st state. News4's Justin Finch reports.

In making their case, Bowser and other Democrats compared D.C. to states, pointing out that:

Republican members of the House cut off Bowser several times as she spoke and said they opposed D.C. statehood for constitutional and political reasons.

Bowser pushed back and said Republicans were making “bad-faith arguments” to deny District residents their rights.

Ahead of the hearing, American flags with 51 stars lined Pennsylvania Avenue and flew along Black Lives Matter Plaza and outside the White House.

The need for statehood has been particularly clear as COVID-19 vaccines have been allocated to D.C. by the federal government, said Beverly Perry, a senior adviser to Bowser.

“We were shortchanged and we didn’t even have a member in the Senate to go to,” she said.

D.C. statehood has widespread Democratic support in the House, with more than 200 co-sponsors. A similar bill passed in the House last session.

The time for statehood is now, said Perry, the adviser to the mayor. 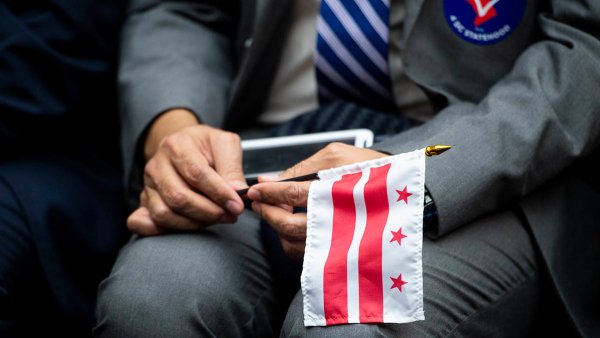 It appears that the bill will pass through the House, but it has an uphill battle in the Senate. Democrats would need the support of every Democrat — which isn’t a sure thing — plus 10 Republicans.

President Joe Biden supports statehood. But even if the measure were approved in the House and Senate and then by Biden, it likely would face court challenges.