Nursing home residents have borne the very worst of the global pandemic. And now, weeks before the 2020 election, analysts fear health risks and visitor restrictions could effectively disenfranchise thousands of senior voters who are still locked down in long-term care facilities.

"We've been through hell," said Carole Dein, a nursing home resident at the Cobble Hill Health Center in Brooklyn. "I haven't been out of my facility since March."

At the height of the pandemic, Cobble Hill Health Center lost more residents to COVID-19 than any other nursing home in New York. Dein says that is one reason she feels her vote this year is more important than ever before.

"We are the center of what contributed to over 200,000 people who have passed away," Dein said. "I think voting for us this year takes on an even greater importance."

Donny Tuchman, CEO of the Cobble Hill Health Center, said his staff is working overtime to make sure residents get absentee ballots and have their voices heard.

"In past years, we actually had Board of Elections representatives come into our building to be here so we could bring residents down to vote in person," Tuchman said. "This year, obviously, that's not going to happen. So it's all going to be by absentee ballot."

Tuchman says about a third of his approximately 300 residents have already requested ballots.

But some fear the added complexity of requesting and filling out absentee ballots, as opposed to the simplicity of physical voting, could result in a higher percentage of senior citizens' votes being rejected.

John Vinton, a nursing home resident who requested his absentee ballot without assistance from staff members said he felt the paperwork and subsequent instructions from elections officials were overly complex.

"I found the ballot very confusing and when I asked for help, the advice was also confusing," Vinton said. "I hope my ballot will be counted."

Nina Kohn, a Syracuse law professor who also lectures on law and aging at Yale University, said she fears thousands of long-term care facilities may need help navigating a voting process that's been complicated by the pandemic.

"The more complex the procedures are for getting a ballot and returning a ballot, the more likely this population is going to be disenfranchised," Kohn said. "I think we should be very concerned that many nursing home residents and assisted living residents won't be able to vote." 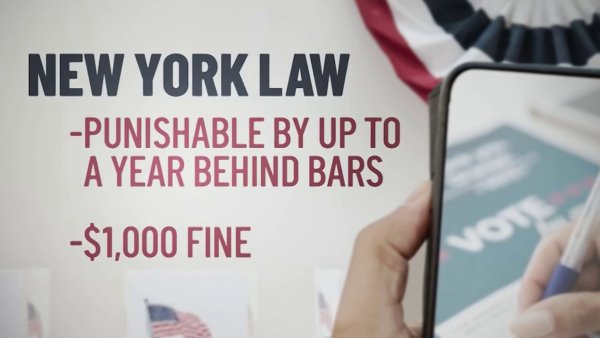 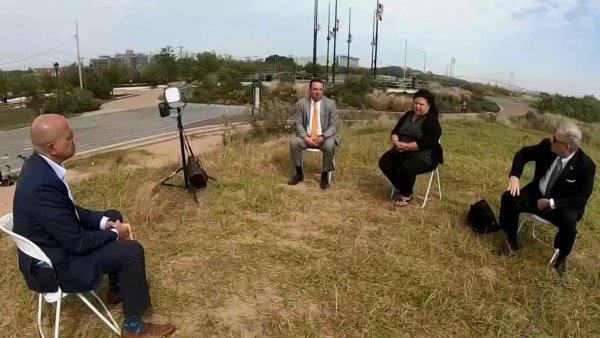 The CDC estimated there were more than 1.3 million nursing home residents living in more than 15,000 facilities across the U.S. in 2016. According to federal law, nursing home staff are required to help facilitate voting for disabled and senior residents.

Michael Balboni, director of the Greater New York Health Care Facilities Association, said nursing homes take that responsibility seriously, but he said staff members should be careful only to help with the mechanics of obtaining and filling out ballots, not influencing votes themselves.

"It's got to be absolutely nonpartisan," Balboni said. "There can't be any influence, perceived or real, in any way shape or form."

But Kohn said instances of nursing home staff unduly influencing residents' voting decision are not common. The bigger concern, she says, is not helping residents enough and leaving senior citizens without the necessary resources to cast eligible votes.

Carlene Dalton, resident council president at the Cobble Hill Health Center, praised nursing home staff for their help navigating a complex ballot process. But she also expressed concern about whether city and state election officials are up to the task of administering an election with so many vote-by-mail applicants. Already, the Cobble Hill Health Center had to discard dozens of absentee ballots sent to residents because those ballots were part of a larger batch with address and name mix-ups.

"We did do the voting last week and they found that the names were on the ballot, but the envelopes were mixed up with other residents' names," Dalton said.

The city says the error is being fixed and new ballots are being sent out. Dalton says she's still waiting for hers. When she gets it, she plans to vote with her top two issues in mind: health care and the economy.