Not by choice, but because she understands that the traffic scandal that roiled New Jersey politics is something she carries like a bad tattoo.

The former aide to Republican ex-Gov. Chris Christie has been talking about the scandal a lot more these days as she seeks an ambitious political resurrection.

A year after the U.S. Supreme Court tossed her conviction for conspiring to create gridlock at the George Washington Bridge to punish a mayor who wouldn’t endorse her boss, Kelly is running for election to the office of Bergen County clerk.

If she’s successful, it would mark a stunning turnaround in a saga that saw her go from being a relatively anonymous government function to a criminal defendant and national butt of jokes.

“I have nothing to hide from ‘Bridgegate’ at all. I am happy to discuss it at length,” Kelly said. “I also think people are tired of it. And I do think that people, if I talk to them, they kind of start to like me and they know I’m as genuine as you’re going to be.”

The people of Bergen County initially got to know Kelly as part of a small group of Republican political operatives who in 2013 had workers purposely block access lanes to the George Washington Bridge to create four days of monster traffic jams in the suburb of Fort Lee. 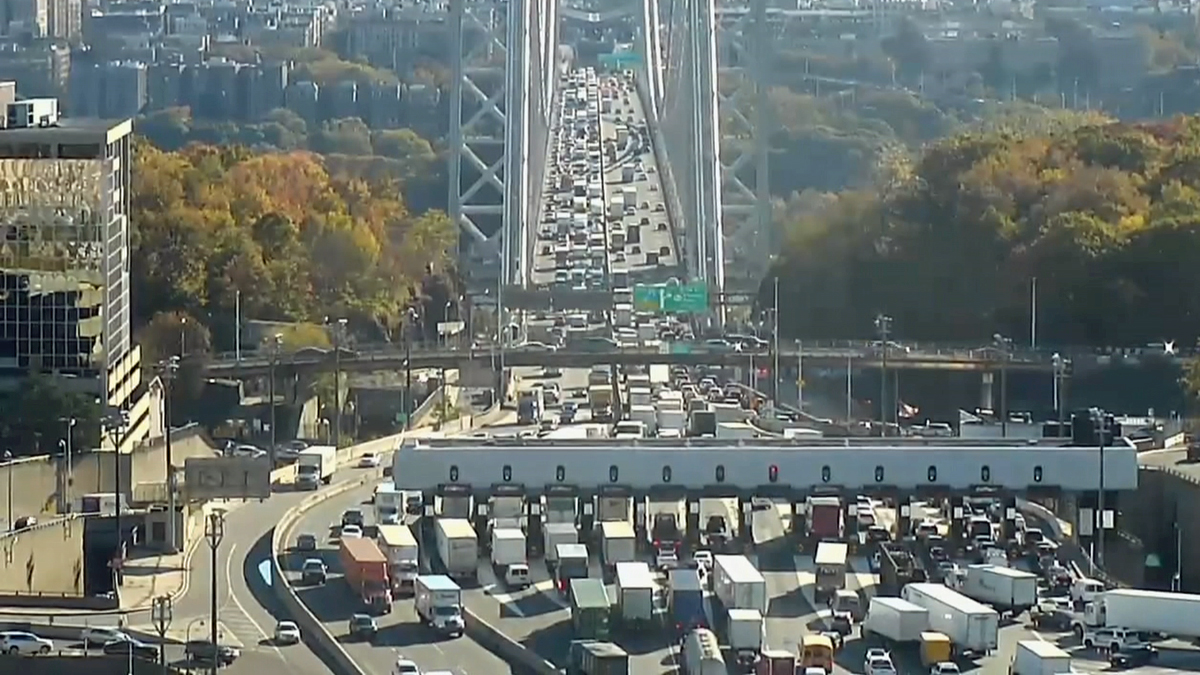 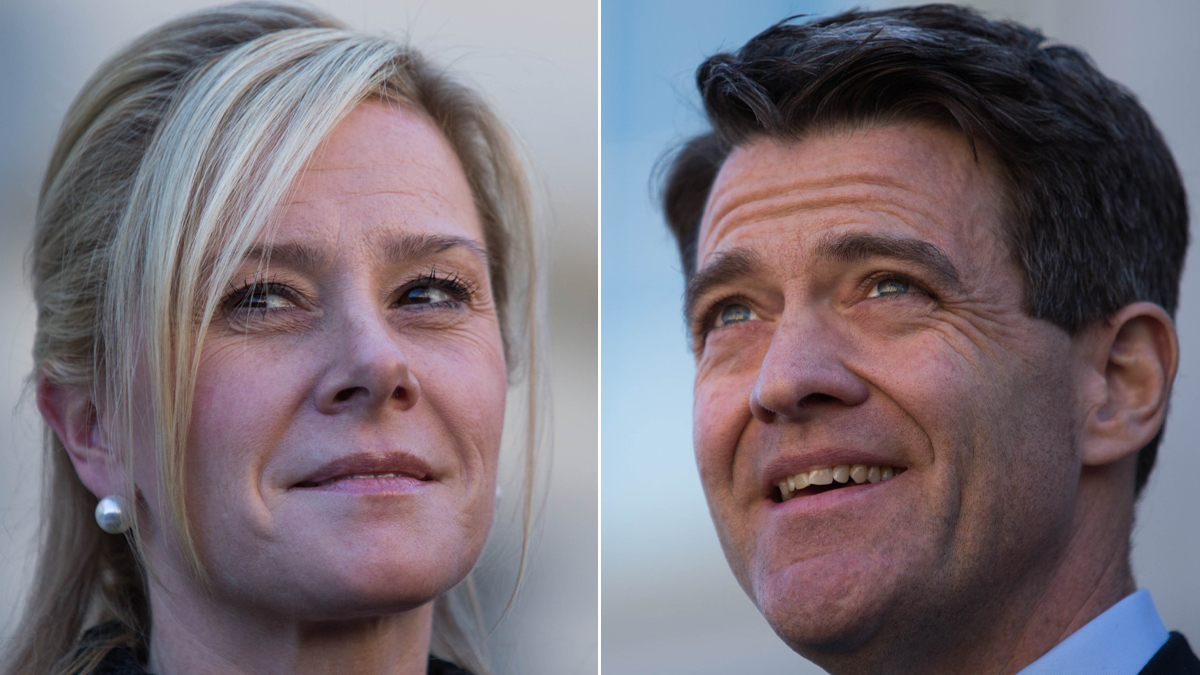 The backups trapped buses carrying schoolchildren, blocked ambulances and infuriated the masses of commuters trying to get over the bridge into Manhattan. The cover story was that the lane closures were part of a traffic study. But the true purpose, documents and testimony later revealed, was to get revenge against Fort Lee Mayor Mark Sokolich, a Democrat, for refusing to endorse Christie for reelection.

“Time for some traffic problems in Fort Lee,” Kelly wrote in an email that seemed like a smoking gun of culpability when it later became public.

Kelly's campaign to become the county clerk, an official responsible for handling the mundane but important transactions of daily life — liens, mortgages, passports, photo cards for veterans, naturalization records — could test the adage that there's no such thing as bad publicity.

“She must have near-universal name recognition, which is an asset that cannot be overvalued in a low-profile race like this one,” said Micah Rasmussen, director of the nonpartisan Rebovich Institute for New Jersey Politics at Rider University. “The key question is whether the countywide electorate, which skews heavily Democratic, is willing to do what she’s asking them to do: look past the single thing they know about her.”

That Bergen County, where Kelly has lived most of her life, also is home to Fort Lee wasn’t lost on incumbent John Hogan.

Hogan held his campaign kickoff announcement in March a stone’s throw from the bridge, where he called the scandal “deplorable” and “embarrassing.” Kelly responded by releasing a statement calling Hogan’s event “juvenile drama.”

For Kelly, a return to New Jersey politics seemed a pipe dream in 2019, when she was weeks from reporting to federal prison before the Supreme Court opted to hear her appeal of her 2016 fraud and conspiracy conviction.

When the court held last year that prosecutors had misapplied the law and ruled unanimously to overturn the convictions of Kelly and former bridge authority executive Bill Baroni, the single mother of four set out to restart a career that had been in limbo for more than five years.

The reception from former colleagues was frosty, Kelly said.

“I went to friends on both side of the aisle, and I use the term friends loosely, and asked them to bury me somewhere, let me just get back in somewhere,” she said. "'Remember what I used to do, remember my reputation? I certainly learned the hard way what not to do. But let me come back.' And they all said no.”

Kelly believes the reluctance can be traced to the still-influential Christie. The two haven’t spoken since Christie fired her in January 2014 after revelations about the bridge lanes became public; they sat feet from each other last year during Supreme Court arguments but didn’t speak.

Christie wasn’t charged but saw the scandal sink his 2016 presidential hopes. He has said he wasn’t aware of the scheme, but Kelly and others contradicted that in their trial testimony. Kelly contends she was served up as a scapegoat and that the former governor is now exacting revenge.

People "are afraid of what he’ll do if they’re supportive of someone he doesn’t like, no matter who it is,” Kelly said.

The rebranding of Kelly as a career public servant who got caught up in something she didn’t fully understand is at odds with the narrative presented by prosecutors: a willing conspirator who was in on the scheme from the outset and reacted with seeming glee when gridlock ensued.

Not surprisingly, her supporters choose the first version.

“She got thrown under the bus,” Mahwah resident Cary Grobstein said at a June fundraiser for Kelly. “She picked herself up off the mat, got up and started swinging, after what she went through. Everybody deserves a second chance.”

“I have forgiven her and hope she moves on with her life,” Sokolich said. “But you don’t close down the busiest bridge in the world, jeopardize the safety of tens of thousands of people and, as a result, get some recognition and use that name recognition to run for a constitutional, county-wide position.”

Hogan, meanwhile, has served at multiple levels of local government and comes from a family whose involvement in politics stretches back more than 80 years. He contends Kelly's past conduct should be a disqualifier.

“If I was a voter, I wouldn’t even consider her for a spot after what happened with the bridge,” Hogan said.

For Kelly, it's a simple matter of moving on.

“If I was trying to hide anything and I really wanted to run away from ‘Bridgegate,’ I don’t know if I’d put myself out in the public again,” she said. “It will never leave me. Never. It will always be there. But it’s time for me to get back my life back.”