The latest news on the 2020 presidential election
New Hampshire

All eyes on the Granite State after Iowa debacle

New Hampshire votes on Tuesday and the country will be watching to see whether the state matches Iowa’s choice of a fresh face among its top picks or pivots to the party’s better-known candidates to take on President Donald Trump in November.

Not on the ballot, but as important to many of its residents: whether their first-in-the-nation primary will survive the disaster that beset the Iowa Democratic caucus last week.

The Iowa results, delayed after a drawn out series of problems, puts former South Bend, Indiana, Mayor Pete Buttigieg, in the lead as far as national delegates. Vermont Sen. Bernie Sanders, who won the New Hampshire primary in 2016, is close behind and both campaigns have said they will ask for a partial re-canvass.

New Hampshire voters, perhaps because they go first, sometimes will take a flyer on someone who could usher in a new era in American politics, said Dante Scala, a professor of political science at the University of New Hampshire and a fellow at the Carsey School of Public Policy. That kind of candidate has done well in New Hampshire going back to Gary Hart, when he upset the contest with 41% of the vote in 1984 or Jimmy Carter's surprise win 1976.

“So Buttigieg, even though he’s a young guy, he’s trying to participate in an old tradition in New Hampshire,” Scala said.

Whether the tradition of New Hampshire’s role in picking the country’s president will survive is another question. After the collapse of the Iowa caucus, with the failure of a new app, then inconsistencies found in the results, the place of Iowa and New Hampshire is under scrutiny. Even the Boston Globe's editorial board is advocating for a realignment that could be more representative of the country in terms of race, ethnicity or age. 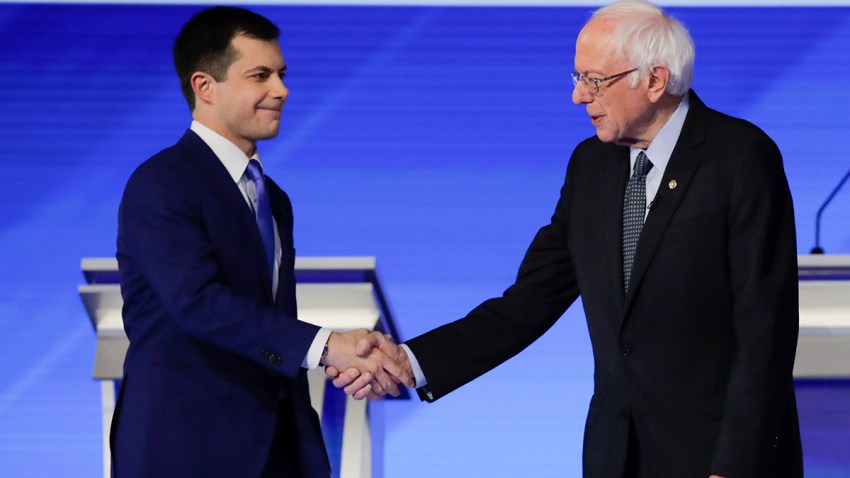 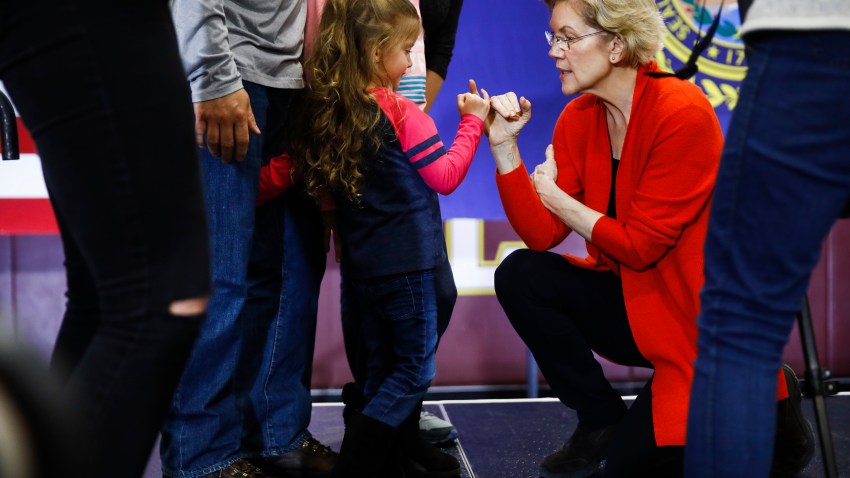 “Sometimes, it’s more important to stand up for what’s right than what’s in one’s own interests: More important than wielding our influence on a single small state’s primary, we believe, is to call for the end of an antiquated system that gives outsized influence in choosing presidents to two states that, demographically, more resemble 19th-century America than they do the America of today,” it wrote on Feb. 5.

Sanders jumped to the lead in the final poll from NBC10 Boston, Franklin Pierce University and the Boston Herald, showing the Vermont independent with 23% of support. Behind him in the weekend poll was Buttigieg with 20% and Massachusetts Sen. Elizabeth Warren at 16%.

Many of the candidates in the Granite State are successfully converting dollars into support and vice versa.

Former Vice President Joe Biden was in fourth place at 14%.

But a significant slice of likely voters, 39%, said last week that they could still change their mind, according to a University of Massachusetts Lowell poll. Iowa caucusgoers were even more undecided going into that contest, with nearly half still reporting that they had no made up their minds, according to The New York Times and Siena College poll.

For Democrats, the key issue has been who has the best chance of beating Trump and there’s been a poll on that too. A majority of New Hampshire Democrats say they would prefer that “a giant meteor strikes the Earth, extinguishing all human life,” than see Trump win re-election, according to the late January survey from the University of Massachusetts Lowell. 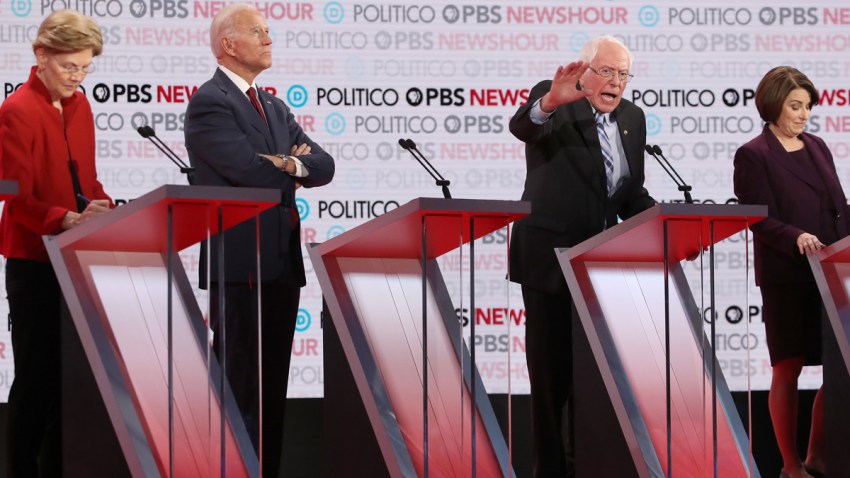 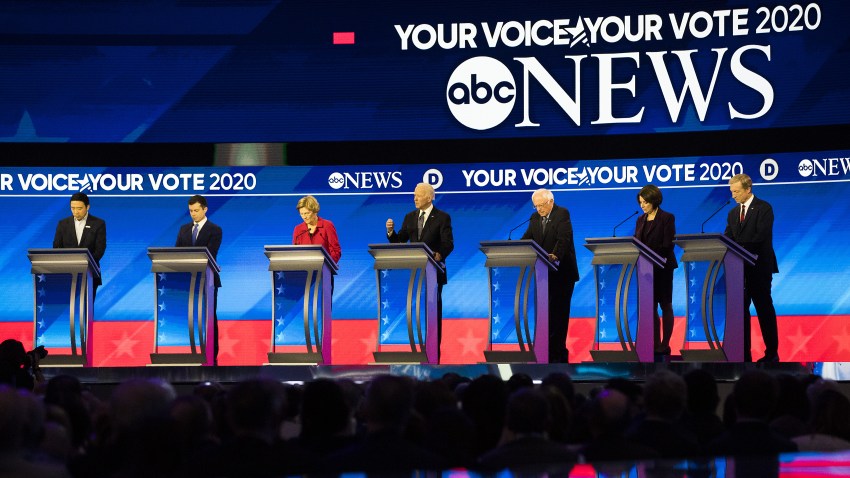 Key Takeaways From The Democratic Debate in New Hampshire

Scott Spradling of the Spradling Group, a former reporter and political director at WMUR-TV in Manchester, New Hampshire, thinks that search for change helps to explain Buttigieg’s showing in Iowa.

NBC News has not called the contest because of potential errors and inconsistencies found in a review by the NBC News Decision Desk.

“He doesn’t necessarily have to win to make his point,” Spradling said of Buttigieg.

The former mayor of South Bend, Indiana, has invested a lot of resources in the state, and has a strong ground operation, Scala said. New Hampshire is a state with a lot of affluent Democrats with college degrees who might be receptive to someone like Buttigieg, he said.

New Hampshire voters appear to be largely uninfluenced by meet-and-greet campaign stops. Research has previously cast doubts on the effectiveness of small-scale visits, finding voters tend to not know or care about them.

"After that debate something switched,” Klobuchar said Monday on MSNBC’s "Morning Joe."

“And we had done a lot of hard work to get there, but it just allowed the people of New Hampshire to see me in a different way," she said. "Not just my policies but also where I was coming from, from my heart.”

Warren, who has an advantage as a senator from neighboring Massachusetts, beat Biden in Iowa and she needs to do the same in New Hampshire.

“You would think that that combined with a strong New Hampshire would keep her campaign viability open,” Spradling said. 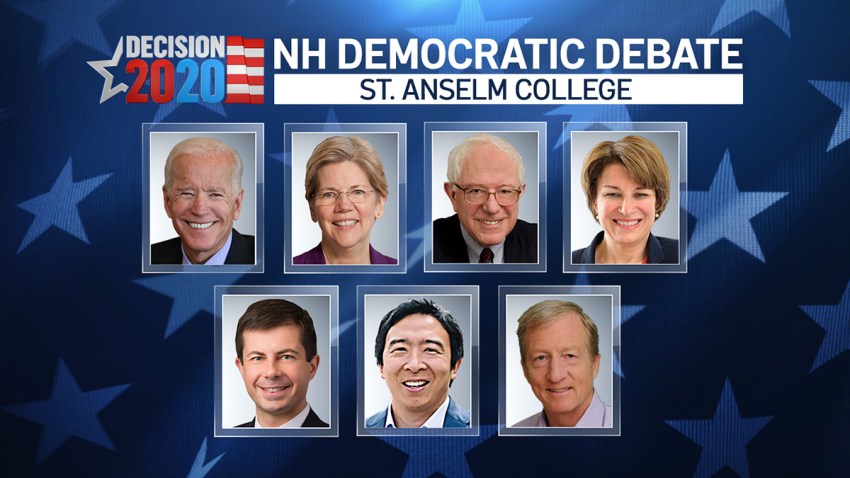 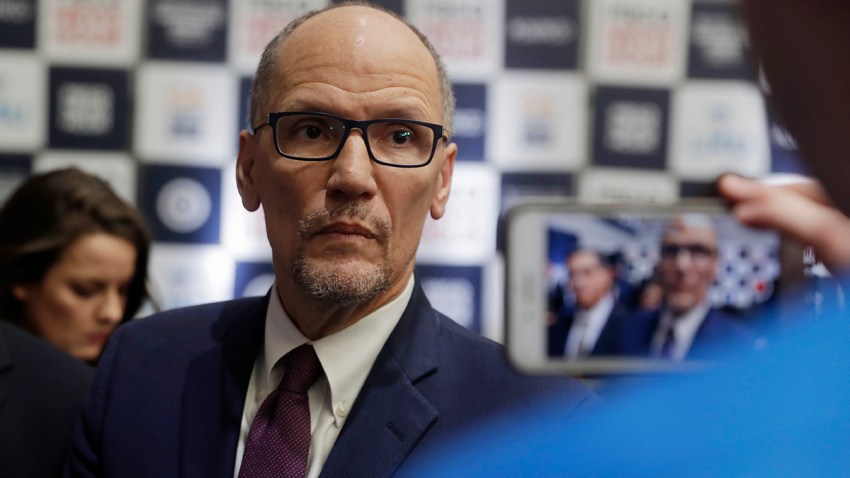 The pressure is on Biden, whom New Hampshire Democrats know and who is struggling to convince them that he should be the party’s candidate. He is “someone who is not the strongest campaigner and may represent a blast from the past that is not necessarily connecting with a large number of voters,” Spradling said. He has been reading from speeches to try to avoid errors, but that comes at a cost, accessibility, which is something New Hampshire voters notice, he said.

That said, Biden is making a pitch for the safe candidate, someone whose resume they know, whom they could make the “comeback kid” the way they did for former President Bill Clinton, Spradling said.

He believes three tickets will emerge from New Hampshire heading into the next contests on the calendar: Nevada and South Carolina. The fourth-place finisher will face tough questions about the viability of his or her campaign. There's not enough room for everyone to move forward without an air of desperation about their campaign, he said.

At least not for Tom Steyer. Social media reach in New Hampshire isn't translating into a comparable boost for the candidates.

Spradling foresees questions too about New Hampshire’s first in the nation primary after Iowa’s failures. Both states have until now worked closely together to fend off challenges to spot in the calendar.

Scala predicts New Hampshire will provide a welcome contrast with Iowa, with reliable results delivered on time. Unlike Iowa, New Hampshire has a primary in which it is easy to vote, that gives neater results and which is run by experienced state and local officials. The Iowa mess was a black eye for Democrats everywhere, he said.

But people in New Hampshire are very confident they do a good job vetting the candidates. Maybe the best evidence is the newest prediction from the secretary of state that 420,000 ballots will be cast, down from a 500,000 estimate, in a state of 1.3 million residents.

“As to whether New Hampshire will crown a front-runner, that remains to be seen,” he said. “I actually don’t think a front-runner will emerge until after Nevada and South Carolina.”

The field of Democratic 2020 presidential candidates is packed, though some have already dropped out. Those still in the race include a former vice president, senators, businessmen, House members, a former governor and a mayor. As for the GOP, a former governor is still vying to challenge President Trump.