The energy and climate provisions, supported by lawmakers from both parties, were hailed as the most significant climate change law in at least a decade

The huge pandemic relief and spending bill includes billions of dollars to promote clean energy such as wind and solar power while sharply reducing over time the use of potent coolants in air conditioners and refrigerators that are considered a major driver of global warming.

The energy and climate provisions, supported by lawmakers from both parties, were hailed as the most significant climate change law in at least a decade.

"Republicans and Democrats are working together to protect the environment through innovation,” said Sen. John Barrasso, R-Wyo., chairman of the Senate Environment and Public Works Committee.

“This historic agreement includes three separate pieces of legislation that will significantly reduce greenhouse gases,'' Barrasso said, citing measures that promote technologies to “capture” and store carbon dioxide produced by power and manufacturing plants; reduce diesel emissions in buses and other vehicles; and authorize a 15-year reduction of hydrofluorocarbons, or HFCs, that are used in everything from cars to air conditioners. HFCs are considered a major driver of global warming and are being targeted worldwide.

The musk ox survived two ice ages and came back from near extinction. But their greatest threat to date might come from the unstable temperatures of climate change. Today, a musk ox farm in Alaska is working to preserve these ice age throwbacks. Directed & Produced by: Matt Dworzańczyk Production by: Etherium Sky Media

"All three of these measures will protect our air while keeping costs down for the American people,'' Barrasso said.

The sprawling legislation also extends tax credits for solar and wind power that are a key part of President-elect Joe Biden's ambitious plan to generate 100 percent “clean electricity” by 2035.

Sen. Tom Carper of Delaware, the top Democrat on the environment panel, said the bill would cut pollution from school buses, air conditioners, refrigerators and more, while creating thousands of American jobs and helping "save our planet from the climate crisis.''

“Make no mistake,'' he said, the new legislation "will soon be some of the most significant climate solutions to pass out of Congress to date.''

It was a year of devastating West Coast wildfires and so many hurricanes that they ran out of names. With this in the background, climate change was a major issue driving young voters to the polls this election. This was overwhelmingly true of Joe Biden’s supporters, but also true for many supporters of President Trump.

The bill won praise across the political spectrum, as environmental groups and major business organizations hailed an agreement years in the making.

“While much more remains to be done'' to address climate change, the bipartisan agreement “ramps up clean-energy research and development programs, bolsters energy efficiency, reauthorizes a critical EPA program to reduce diesel pollution, advances a new DOE program to transition to electric school buses ... and rebukes (President Donald) Trump’s last attempts to slash environmental programs across the board,” said Matthew Davis, legislative director of the League of Conservation Voters.

Marty Durbin, a senior vice president at the Chamber of Commerce, called the package — the first major energy bill in more than a decade — “truly historic” and among the most significant action Congress has ever taken to address climate change.

“This package demonstrates the progress that is possible when businesses, environmental groups, labor and policymakers work together to find solutions on difficult issues,'' Durbin said. The bill will not only address climate change, but also "promote American technological leadership and foster continued economic growth,'' Durbin said.

John Kerry, President-elect Joe Biden’s pick for special presidential envoy for climate, said solving the climate change crisis will take collaboration. “No country alone can solve this challenge,” Kerry said. “To end this crisis, the whole world must come together. Failure is not an option.”

The dramatic if gradual reduction of HFCs in particular “will bring significant climate relief relatively quickly,'' said Matt Casale, director of environment campaigns for the U.S. Public Interest Research Group. He called the bill “a step forward” in a range of areas that will serve as a building block for the incoming Biden administration.

Much of the sweeping energy package — long promoted as a “down payment” on fighting climate change — was agreed to earlier this year, but the package fell apart in March over a dispute among Senate Republicans on the HFC provision.

Carper and Sen. John Kennedy, R-La., pushed for a measure they said would give U.S. companies the certainty needed to produce “next generation” coolants as an alternative to HFCs. Both men represent states that are home to companies that produce the alternative refrigerants.

The Kennedy-Carper amendment was supported by dozens of senators, including 17 Republican co-sponsors. But the amendment was opposed by Senate GOP leadership, including Barrasso and Senate Majority Leader Mitch McConnell, R-Ky. 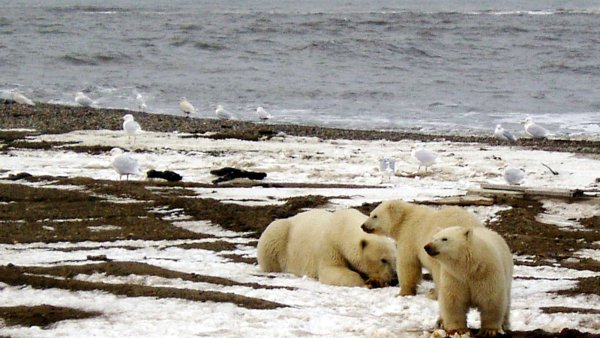 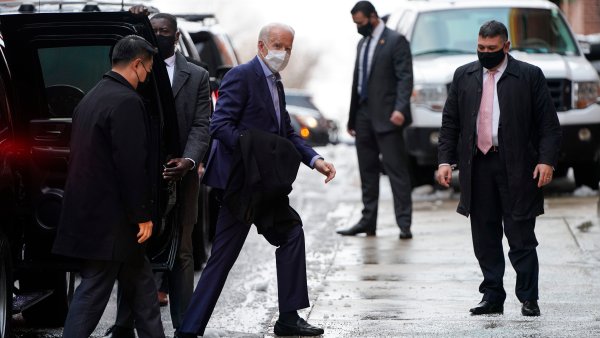 Biden Introduces His Climate Team, Says ‘No Time to Waste'

Barrasso said he worried the measure could add a layer of new federal rules onto a patchwork of current or future state rules regarding HFCs. He pushed for language ensuring that states would not impose stricter requirements than the federal rule. In the end, lawmakers agreed to prevent state and local governments from regulating HFCs for at least five years.

Sen. Lisa Murkowski, the Alaska Republican who chairs the Senate Energy Committee, said the energy package "will foster innovation across the board on a range of technologies that are critical to our energy and national security, our long-term economic competitiveness and the protection of our environment.''