"We seek to build up our arms not to seek conflict, but to avoid conflict," Trump said

Donald Trump was back on the road Tuesday for the second leg of his post-election thank-you tour, stopping in North Carolina for a rally in Fayetteville.

The president-elect officially announced he will nominate retired Marine Gen. James Mattis to be defense secretary, bringing "Mad Dog" Mattis onstage. Mattis will require a congressional waiver to accept the post since he has not been out of uniform for the required seven years.

The Fayetteville rally — the first of three scheduled this week so far — was near several major military bases, including Fort Bragg. Trump repeated his vow to reinforce the nation's military, believing it will lead to "peace through strength."

"We seek to build up our arms not to seek conflict, but to avoid conflict," Trump said.

Trump's trip to North Carolina came less than a week after his return to rallies at an Ohio appearance that felt more like a raucous campaign stop than a traditional speech by a president-to-be.

At that Cincinnati stop, Trump disparaged the media as "dishonest," inspired loud "Build the wall" chants, took swipes at fellow Republicans and stunned his own aides with his surprise announcement from the stage that he was appointing retired Gen. James Mattis as secretary of defense.

Before leaving for North Carolina Tuesday, Trump was slated to hold a number of meetings in New York, including with Rex Tillerson, the CEO of ExxonMobil; Iowa Gov. Terry Branstad, who is meeting about a diplomatic post, and radio host Laura Ingraham who is being considered for press secretary. 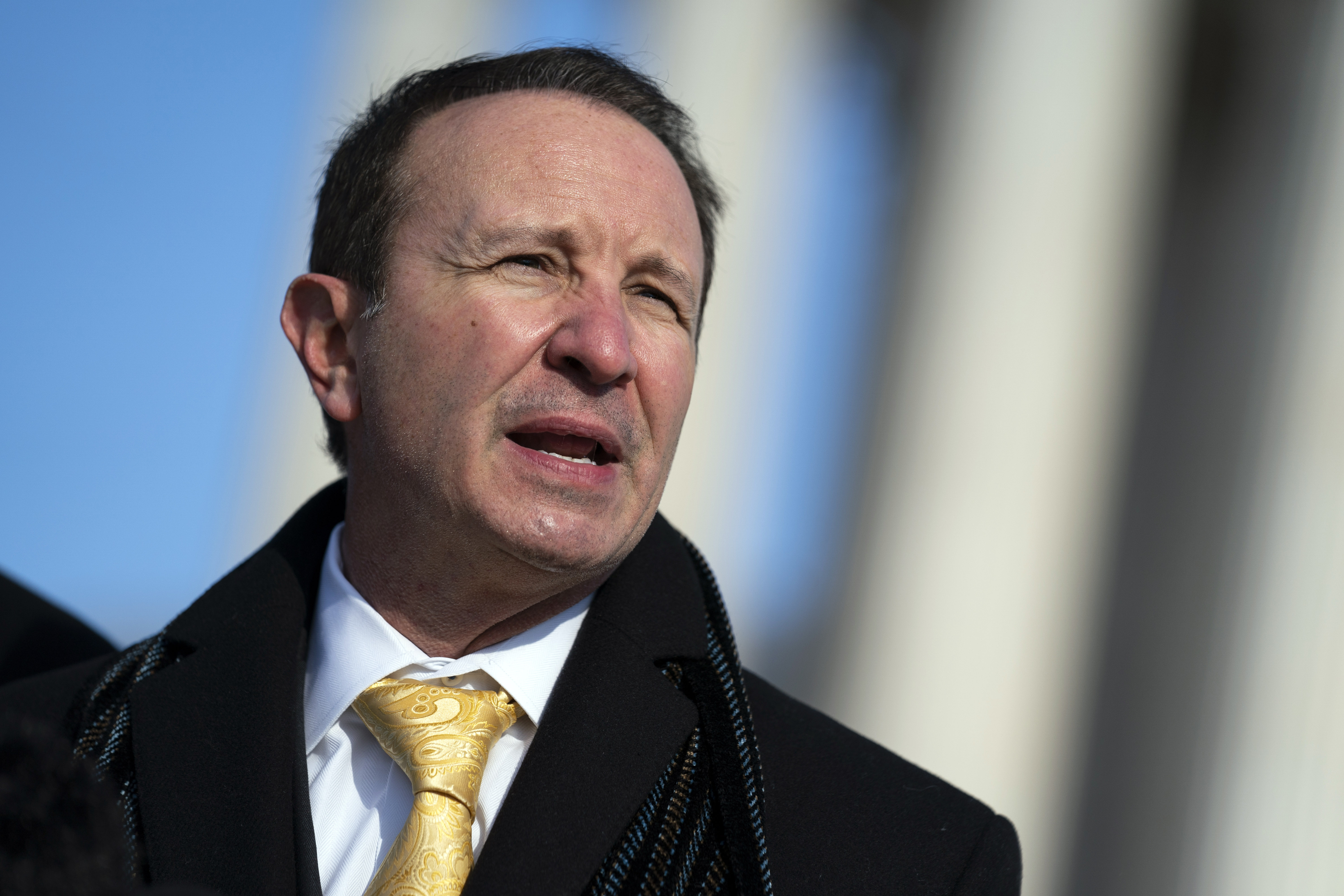 Those interviews come a day after Trump chose retired neurosurgeon Ben Carson to be secretary of the Department of Housing and Urban Development, raising fresh concerns about the lack of experience some of Trump's Cabinet picks have with agencies they're now being chosen to lead.

Carson, who opposed Trump in the Republican primaries, has no background in government or running a large bureaucracy.

Trump, a political newcomer himself who touts his corporate skills, turned businessman-in-chief Tuesday, first demanding the government cancel a multibillion-dollar order for new presidential planes and then hailing a Japanese company's commitment to invest billions in the U.S.

Six weeks before taking office, Trump is telegraphing that he'll take an interventionist role in the nation's economy — as well as play showman when he sees a chance. The celebrity businessman's declaration about Air Force One caused manufacturer Boeing's stock to drop temporarily and raised fresh questions about how his administration — not to mention his Twitter volleys — could affect the economy.

"The plane is totally out of control," Trump told reporters in the lobby of Trump Tower. "I think Boeing is doing a little bit of a number. We want Boeing to make a lot of money, but not that much money." Earlier he had tweeted that the deal's costs were "out of control, more than $4 billion. Cancel order!"

Not long after his first appearance, Trump returned to the lobby with Masayoshi Son, the CEO of SoftBank, a massive telecommunications company that counts Sprint among its holdings. Trump pointed proudly to Son's commitment to invest $50 billion in the United States, which Trump said could create 50,000 jobs.

Trump — who also tweeted the deal — shook Son's hand and posed for photos, reveling as he had last week when he toured a Carrier plant in Indiana where he said he had instigated an agreement that will preserve about 1,000 jobs the appliance maker had planned to move to Mexico.

As for Air Force One, the government has agreed that Boeing will build two new planes, which would go into service around 2024. That means Trump might never fly on the aircraft, which carry U.S. presidents around the globe.

The General Accountability Office estimated in March that about $2 billion of the total — for work between 2010 and 2020 — was for research and development on complex systems, not for building the actual aircraft. The inflated $4 billion figure Trump cited appears to include operation and maintenance as well.

Boeing responded to Trump Tuesday in a statement, "We are currently under contract for $170 million to help determine the capabilities of these complex military aircraft that serve the unique requirements of the president of the United States. We look forward to working with the U.S. Air Force on subsequent phases of the program allowing us to deliver the best planes for the president at the best value for the American taxpayer."

Trump had tweeted in 2013 that he owned Boeing stock, but a spokesman said Tuesday he sold all of his stock holdings in June. That sale was not publicized by the campaign at the time, and aides did not reveal how much cash it might have generated.

Trump now uses his own plane, a Boeing 757, which he has outfitted with white leather and gold, a large flat-screen television and a bedroom. But as president it is expected that he would travel aboard the Air Force jet, which is equipped with special safety, defensive and communications equipment. Air Force One also has seating for reporters; Trump generally does not allow the press on his own plane.

Later this week there will be rallies in Iowa and Michigan as Trump barnstorms the country to salute his supporters who delivered victories in the battleground states he needed to capture the White House. And on Saturday, Trump will attend the 117th annual Army-Navy football game, spending half the game on Navy's side of the stadium and the other half on Army's side. The game between the two military academies often draws the commander in chief; both Presidents Barack Obama and George W. Bush have attended in recent years.