Two men who have allegedly defied court rulings, including a contempt order last week, are charged with obstruction for not closing their South Jersey gym.

The co-owners of Camden County, New Jersey, gym who allegedly failed to stop operating their business in the face of repeated court orders were arrested early Monday as part of one of the state's most public disputes over COVID-19 pandemic lockdown restrictions.

Ian Smith, 33, of Delanco Township, and Frank Trumbetti, 51, of Williamstown, have been charged with one count of fourth-degree obstruction and one count of Violation of a Disaster Control Order. They were processed and released by local police in Bellmawr Township, which is where the gym is located.

The business was ordered closed on Friday, but people allegedly still went in and out of the gym over the weekend, according to the Camden County prosecutor's office.

"From July 24 through July 27, a number of individuals were observed entered and using the gym, a direct violation of the court order," the prosecutor's office said in a statement Monday. "Police said both owners refused to leave the gym when asked, leading to the charges."

The charges are the first in what has been a long-running dispute that's played out mostly in verbal sparring between New Jersey officials, including Gov. Phil Murphy, and the two co-owners, who have been vocal in their opposition of the state's right to shut down their business indefinitely.

There has been an ongoing court fight over that indefinite shutdown, and a loss by the owners of Atilis Gym in a state court on Friday directly led to Monday's charges.

A judge ruled Friday that New Jersey authorities could shut down the gym that has repeatedly defied Gov. Phil Murphy’s executive order to remain closed during the coronavirus pandemic.

The ruling held Atilis Gym in contempt of court. It authorized the state health department to put locks on the doors or put up barriers to ensure compliance.

Ian Smith, one of the gym’s owners, said in a video posted on Facebook Friday that he would remain at the gym and that “we will not back down under any circumstances.” 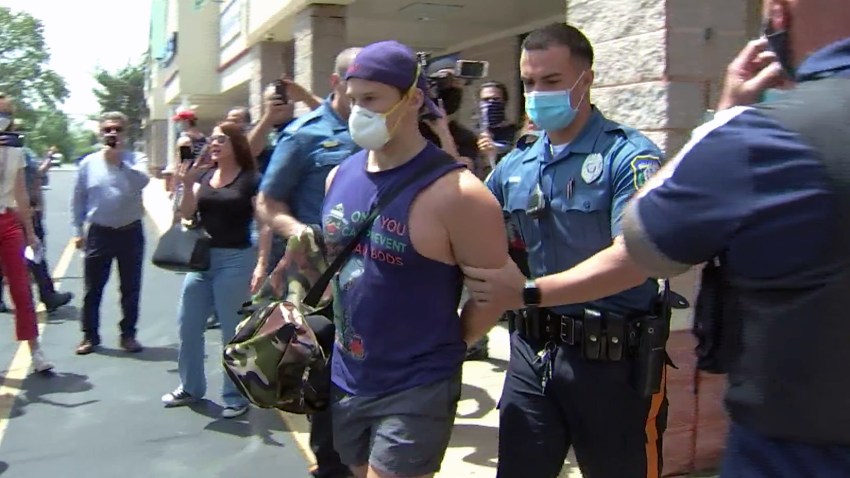 The gym opened its doors in May, starting a legal battle over whether Murphy’s order for non-essential businesses to remain closed was constitutional. It continued to operate despite receiving summonses each day for violating the state order. Crowds of people often showed up to show their support for the gym.

The gym owners have said they have taken steps to ensure social distancing, including taping off workout stations and operating at 20% of the building’s capacity, meaning about 44 patrons at a time. They also were requiring patrons to wear masks unless they were in the middle of lifting weights, and taking patrons' temperature at the door.