McCarthy singled out several conservative representatives, among them Matt Gaetz of Florida and Mo Brooks of Alabama, as potentially endangering the security of other lawmakers and the Capitol complex

In the days after the Capitol riot, House Minority Leader Kevin McCarthy, R-Calif., warned fellow Republican leaders that then-President Donald Trump's far-right allies in Congress are “putting people in jeopardy” with their public tweets and comments that could put other lawmakers at risk of violence, according to audio recordings obtained by The New York Times.

"Tension is too high, the country is too crazy, I do not want to look back and think we caused something or we missed something and someone got hurt," McCarthy said in a phone call on Jan. 10, 2021.

The latest audio recordings of McCarthy's remarks after the Jan. 6 attack, when supporters of Trump stormed the Capitol trying to stop the certification of Joe Biden's 2020 election victory, sheds light on his private concerns about members of his caucus — contrary to his public remarks downplaying Republicans' role in the riot.

McCarthy singled out several conservative representatives, among them Matt Gaetz of Florida and Mo Brooks of Alabama, as potentially endangering the security of other lawmakers and the Capitol complex. There's discussion on the call of disciplining Brooks, who addressed the Jan. 6 rally and urged the crowd to “fight like hell” before they marched to the Capitol. There's no indication McCarthy followed up with any disciplinary measures.

In the tapes, McCarthy suggested that Brooks’ comments were “almost something that goes further than what the president said.”

Gaetz had gone on television to attack Republicans who had criticized Trump, including Liz Cheney of Wyoming.

“He’s putting people in jeopardy,” McCarthy said, according to the new audio. “And he doesn’t need to be doing this. We saw what people would do in the Capitol, you know, and these people came prepared with rope, with everything else.”

Brooks dismissed the report, telling the Times on Tuesday that "Kevin McCarthy spoke before knowing the facts.” He said he did not recall Mr. McCarthy ever speaking with him directly about his rally speech.

Earlier, the Times reported that McCarthy, in conversations with House Republicans, said that Trump had acknowledged bearing some responsibility for the attack.

The audio recordings released by the Times are part of reporting for a forthcoming book, “This Will Not Pass: Trump, Biden and the Battle for America’s Future.”

Amid new revelations concerning his private conversations about the deadly attack, the House committee investigating the Jan. 6, 2021, insurrection at the Capitol is redoubling its efforts to have the GOP leader appear for an interview.

Chairman Bennie Thompson, D-Miss., said the panel expects to decide this week about issuing a second request to McCarthy, who has declined to voluntarily appear before the panel. The committee is also looking at summoning a widening group of House Republicans for interviews, Thompson said, as more information emerges about their conversations with the Trump White House in the run-up to the Capitol siege.

Thompson said the committee met most of Tuesday deciding next steps on McCarthy and other House members as it races to wrap up this phase of its work.

“We will probably look at engaging some of the lawmakers by invitation at this point, and we’ll go from there,” Thompson said at the Capitol.

The panel had previously sought interviews from McCarthy and Republican Reps. Jim Jordan of Ohio and Scott Perry of Pennsylvania, two Trump allies central to the effort to challenge the results of the 2020 presidential election that Trump lost to Biden.

All three have declined to voluntarily appear, but the committee has stopped short of taking the more dramatic step of issuing subpoenas to the sitting members of Congress to compel their testimony.

Thompson noted that the earlier invitation to McCarthy was sent "before this latest revelation that was reported on tape.” He told reporters that “in all probability” McCarthy would get another invitation. 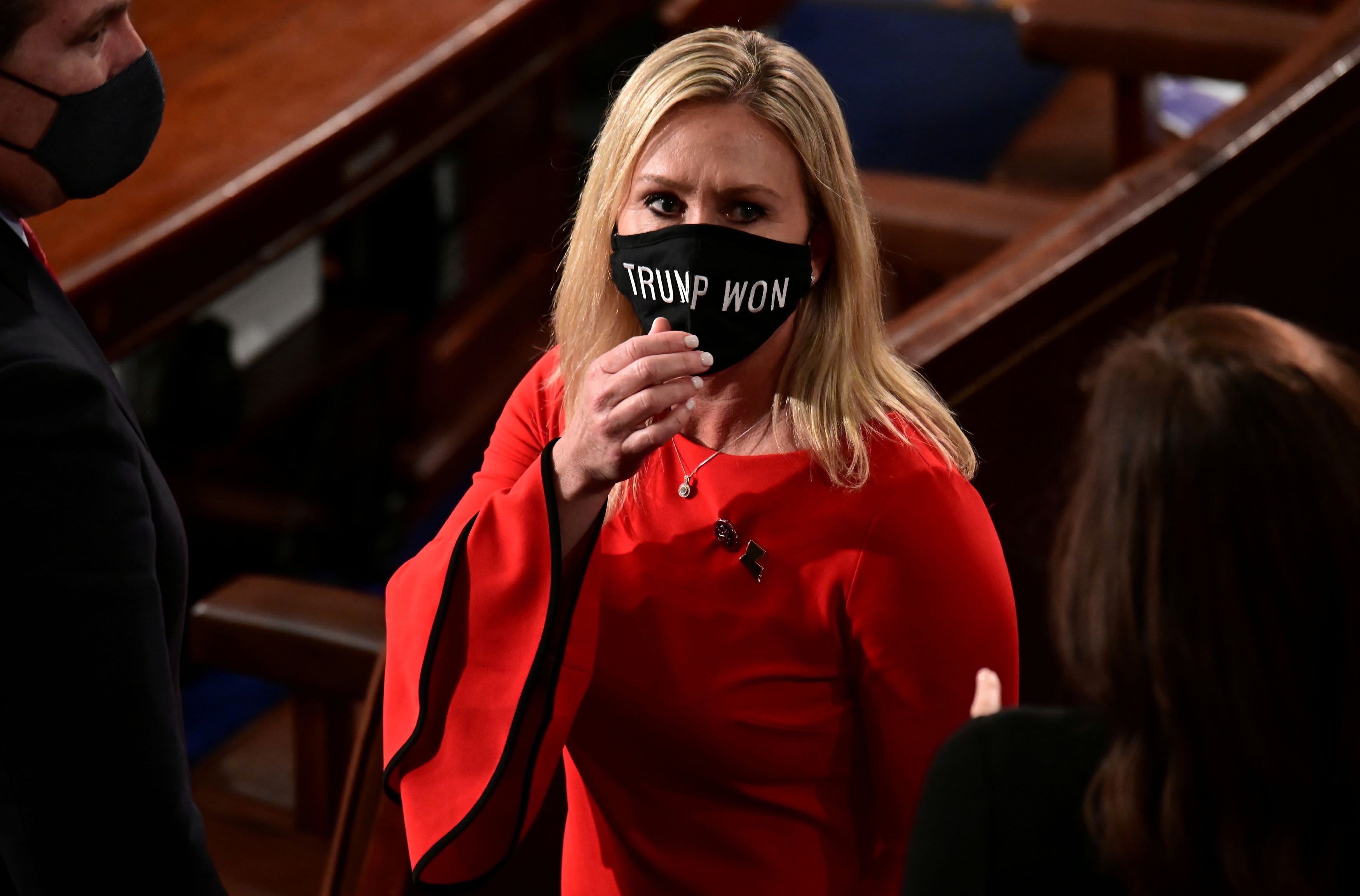 Official: Meadows Had Been Warned of Possible 1/6 Violence

At the same time, the panel is broadening its outreach to a potentially much wider group of Republican lawmakers who are now known to have played a more substantial role than previously understood ahead of the riot and as it unfolded.

'We’ll make a decision on any others before the week is out,” Thompson said.

Brooks, a Trump ally who was with a group of lawmakers who met in December 2020 at the White House, has suggested he would appear before the panel.

Additionally, the panel is now eyeing other House Republican lawmakers reported to have been working closely with Mark Meadows, Trump's former White House chief of staff, as they sought to challenge Biden's win.

A handful of lawmakers' names were included in testimony released late Friday as part of a court filing as the committee seeks access to Meadows' text messages.

"We will probably look at engaging some of the lawmakers by invitation at this point, and we’ll go from there," Thompson said Tuesday.

The panel is working swiftly to launch public hearings, which it hopes to both start and conclude by June, before issuing an initial report of its findings in fall.